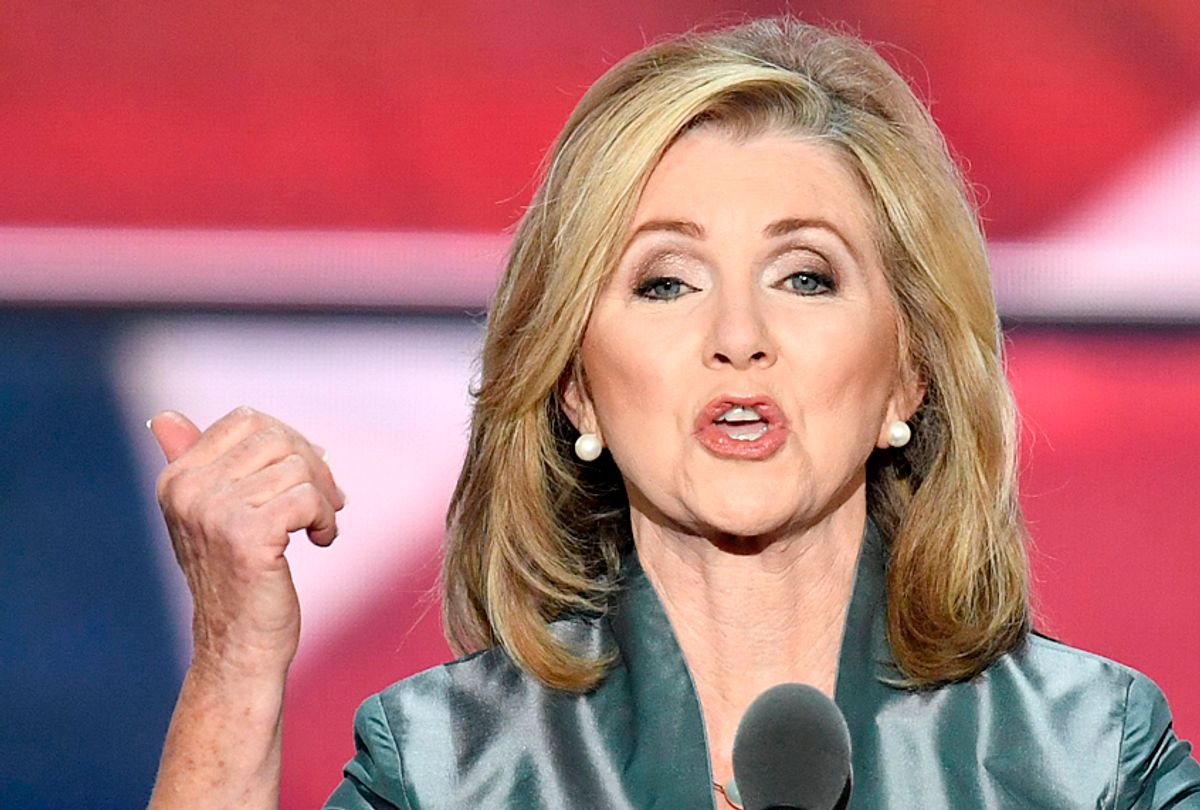 There’s a race to succeed retiring Sen. Bob Corker, R-Tenn., leaving the baton to be passed onto either a far-right backed Republican or a Democrat.

Former Democratic Governor Phil Bredesen is vying for the seat against Republican Rep. Marsha Blackburn, and according to a new poll by The Middle Tennessee State University (MTSU), Bredesen is leading the race by ten points. According to the poll, as reported by The Tennessean, 45 percent of voters said they would vote for Bredesen if the race were held today. Thirty-five percent said they’d vote for Blackburn. Seventeen percent were still thinking about who to give their vote.

The Tennessean noted that this is the first report to indicate that Bredesen has a double-digit lead over Blackburn.

"I think some of that good will or social capital that he built up as governor may be paying dividends for him now," the director of the MTSU survey, Ken Blake, told The Tennessean. Bredesen could have the upper hand due to his leadership during his time as governor, and when served as the mayor of Nashville.

Blake also said that Blackburn is trying to appeal to more "core conservatives."

Blackburn has a history of hanging around with the Trump crowd and, according to the FiveThirtyEight tracker, she votes in line with Trump’s positions nearly 91 percent of the time. She made national headlines for her 2014 claim that the GOP was fighting hard for women’s rights and her much-discussed talking point on NBC’s “Meet the Press” that women “didn’t want” pay equity laws. Blackburn has reportedly been backed by Breitbart News and Citizens United.

“We support Marsha Blackburn for Senate because she understands that you can’t just talk about a conservative agenda, you have to fight for it and get it enacted,” David Bossie of Citizens United, said in a statement via Politico. “Marsha Blackburn is a full spectrum conservative who fought the Obama agenda every step of the way and fully supports President Trump’s agenda of repealing and replacing Obamacare, tax reform, and border security.

Blackburn’s attempt to snag the seat is notable especially since Corker has been a vocal critic of Trump and his administration. Recall, a video from a local news website showed Corker saying, "The President has not yet been able to demonstrate the stability nor some of the competence that he needs to demonstrate in order to be successful.”

Trump claimed on Twitter that Corker “begged” him to endorse him for a re-election.

Whatever the case, the news that Bredesen has a lead as of now is positive for Democrats and could indicate that a blue wave is indeed on its way to hit a deeply red state.