Mr. Zuckerberg goes to Washington: Can the Facebook founder wriggle off the hook?

Facebook CEO will finally appear on Capitol Hill. How many senators actually understand what questions to ask him? 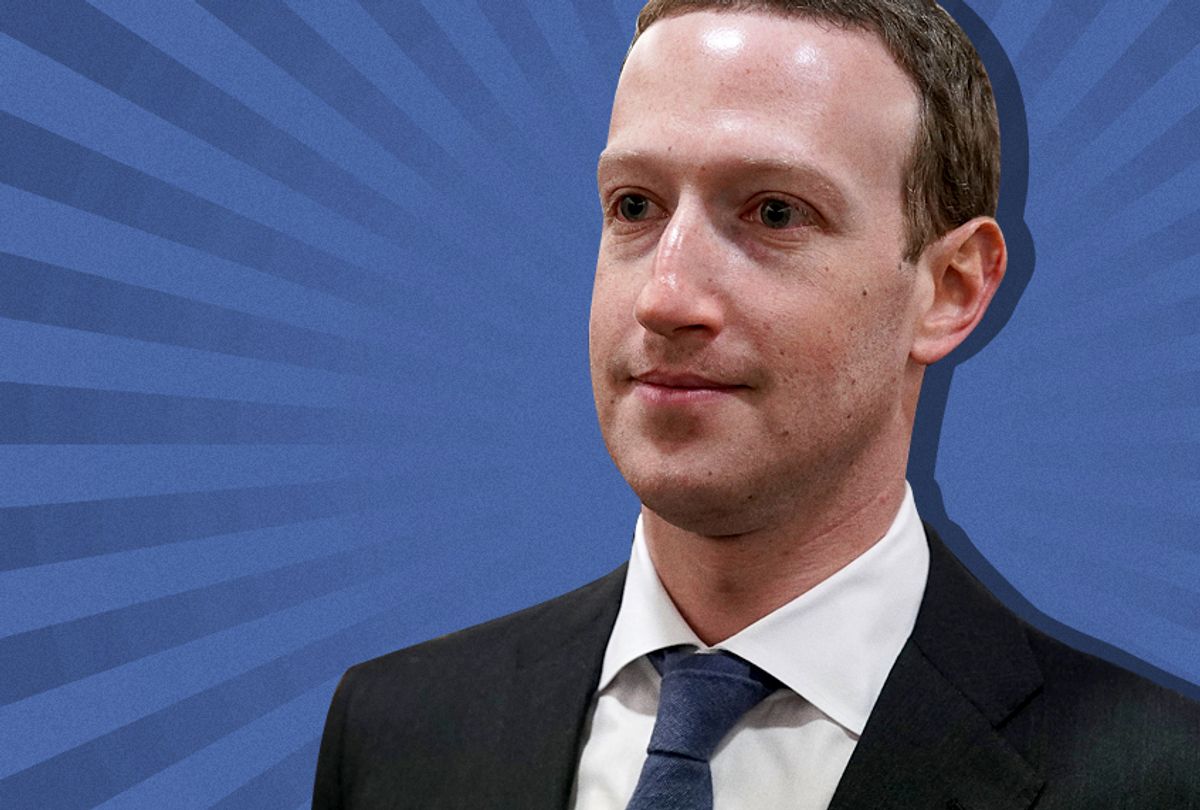 Facebook founder Mark Zuckerberg is in Washington Tuesday, where he will testify before a Senate hearing on the topic of consumer privacy, in hopes of reassuring the public amid growing concern that Facebook and other tech firms do not protect their users’ information and engage in intrusive business practices.

Testifying before Congress is a rite of passage for many corporate chieftains, but up until this month, Zuckerberg had refused calls from lawmakers to appear in a hearing, opting to send his top attorneys instead. In the weeks leading up to this big event, Facebook has reversed its long-standing opposition to government regulation of its business, endorsing a limited bill called the Honest Ads Act that would force advertising networks to obtain and disclose information about sponsorship purchasers.

Zuckerberg has also made statements suggesting he is open to allowing users in all countries to have access to online tools mandated by a new European Union privacy law that’s much stricter than current American regulations. At the same time, the Facebook CEO has avoided making clear whether any other aspects of the EU’s General Data Protection Regulation would be enforced globally as well.

His reluctance to firmly state a position on the issue prompted a coalition of privacy and consumer protection groups to publish an open letter calling on Zuckerberg to commit to following GDPR restrictions worldwide and to “provide specific details” during his congressional testimony about how Facebook would do so.

On Monday, Zuckerberg spent several hours meeting privately with leading members of the Senate Judiciary and Commerce committees. He also met with several members of the House Energy and Commerce committees ahead of a separate Wednesday hearing. Later in the evening, staffers with the House committee released the written statement that the 33-year-old billionaire will read aloud before answering questions from lawmakers.

In these prepared remarks, Zuckerberg addresses several recent controversies that have plagued Facebook, including the spread of fabricated and low-quality opinion content, propaganda apparently created by Russians during the 2016 presidential election and the company’s scandal about allowing third-party developers such as the marketing research firm Cambridge Analytica to obtain information about users’ friends without their explicit consent.

“It’s clear now that we didn’t do enough to prevent these tools from being used for harm as well,” Zuckerberg’s statement reads. “That goes for fake news, foreign interference in elections, and hate speech, as well as developers and data privacy. We didn’t take a broad enough view of our responsibility, and that was a big mistake. It was my mistake, and I’m sorry. I started Facebook, I run it, and I’m responsible for what happens here.”

The burgeoning investigations into the company in the United States, United Kingdom and several other countries have led to some consumer advocates to begin calling for Zuckerberg to resign his CEO position. A few prominent investors have also been making the case as well.

Despite the criticism, Zuckerberg has said that he will not resign his CEO position. The social network has also begun facing an exodus of high-profile users, including actor Will Ferrell and tech legend Steve Wozniak.

Leading up to the hearings, several members of Congress have signified a desire to seek honest answers from Zuckerberg. But it remains unclear whether many members have the skills to adequately question him and to ensure that he gives full and accurate answers. Few elected officials would likely have the technical understanding to ask Zuckerberg detailed queries about how and why Facebook is gathering detailed information on people who do not use its services, or the company’s recent admission that it collects call and text data from people who use its app on Android phones.

Then there is the matter of time. In remarks to reporters Monday, Sen. Bill Nelson, D-Fla., said that he did not believe much could be accomplished because of the sheer number of senators who will likely be present for Zuckerberg’s testimony.

“How in the world can you have 44 senators do a hearing that has a lot of substance when each senator only has four minutes?” Nelson stated.

Rep. Ro Khanna, D-Calif., who represents the Silicon Valley area in the House but is not a member of the Commerce committee, told Salon he was worried that lawmakers may not understand that measures like the Honest Ads Act are limited in their scope, especially in contrast to a policy Khanna is promoting: an internet bill of rights that would have some similarities to the EU’s restrictions on private data collection and use.

“One of the things I think would be a real shame is if all of this happened and we end up just saying, let’s just get behind the Honest Ads Act,” Khanna said. “There’s no reason you shouldn’t have ads on Facebook having the same disclosure requirements as ads that are on broadcast television. It’s common sense. . . . But to me, if that’s all that comes of it, it’s a huge missed opportunity.”

The White House, meanwhile, has been uncharacteristically silent ahead of Zuckerberg’s testimony. President Donald Trump has not mentioned Facebook online since a February Twitter post repeating a statement from a company executive who said that Russian advertising targeting Americans was designed to cause chaos, rather than to persuade people to vote for a particular candidate in 2016. Instead of criticizing Facebook, the president has instead repeatedly lashed out at Amazon.com founder Jeff Bezos.

“I don’t have a specific policy announcement on that front, but I think we’re all looking forward to that testimony,” White House Press Secretary Sarah Huckabee Sanders said on Monday, when asked whether the administration believed any new technology laws are necessary in light of Facebook’s recent scandals.

Proponents of tougher privacy laws are likely to also be disappointed by congressional Republicans due to longstanding conservative opposition to government regulation. Nonetheless, Texas Republican Sen. Ted Cruz is likely to ask the Facebook chief to defend himself from right-wing accusations that technology companies censor conservative views, a topic about which he has previously raised in an earlier hearing.

Congressional observers will also be paying attention to how California Sen. Kamala Harris and New Jersey Sen. Cory Booker will respond to Zuckerberg. Both have been spoken of as potential Democratic presidential candidates and have been trying to make overtures to progressive voters by advocating tougher regulations on giant companies like Facebook. Democratic Sen. Tammy Duckworth is also likely to ask about the company’s attempts to gut a law from her home state of Illinois which places heavy restrictions on businesses’ usage of biometric technology like fingerprint or facial recognition.

Lawmakers from both parties are almost certain to ask about a 2011 consent decree that Facebook entered into with the Federal Trade Commission in which it promised to protect its users’ information or face enormous fines.

“Is it possible that this episode is also a violation of the consent decree? I would say yes,” David Vladeck, the former head of the FTC’s Consumer Protection Bureau, told The Washington Post.

Facebook, which also owns the messaging service WhatsApp and photo sharing site Instagram, says it has complied with the agreement. Last month, the agency announced that it had opened a formal inquiry into whether the agreement had been breached. According to Vladeck, Facebook could be fined in excess of $1 billion for a violation.

As he has prepared for his congressional testimony, Zuckerberg has granted a handful of press interviews, primarily to journalists without technology backgrounds. On Saturday, The New York Post disclosed that Facebook COO Sheryl Sandberg declined to be interviewed by ABC reporter Martha Raddatz, a respected journalist who has expressed skepticism about some of Sandberg’s past social commentary.

If he is able to present himself well during this week’s hearings, Zuckerberg may be able to start repairing Facebook’s public image. In recent weeks, the company has been the subject of an extraordinary amount of criticism within the technology industry, with one CEO going as far to refer to it as “the new cigarettes.”

Earlier today, the Mozilla Foundation, the non-profit organization behind the Firefox web browser, released an “Internet Health Report” discussing in detail how concerns about Facebook and privacy should be viewed in a larger, internet-wide context.

“These issues are a lot bigger than Cambridge Analytica and Facebook,” Mark Surman, the foundation’s executive director, said in an interview. “People need to step back and look at the bigger question of how we run the internet right now, whether the core tech companies that run the services we use everyday are doing so in a way that we’re comfortable with and in a way that’s right. People are increasingly feeling uncomfortable and that trust has been broken. The information that is being collected is different than they expected and being used in ways they didn’t ask for.”

Additionally, Mozilla has launched a petition calling upon Facebook to turn off a little-known tracking program which the social network uses to monitor the internet habits of Facebook members when they visit other websites.