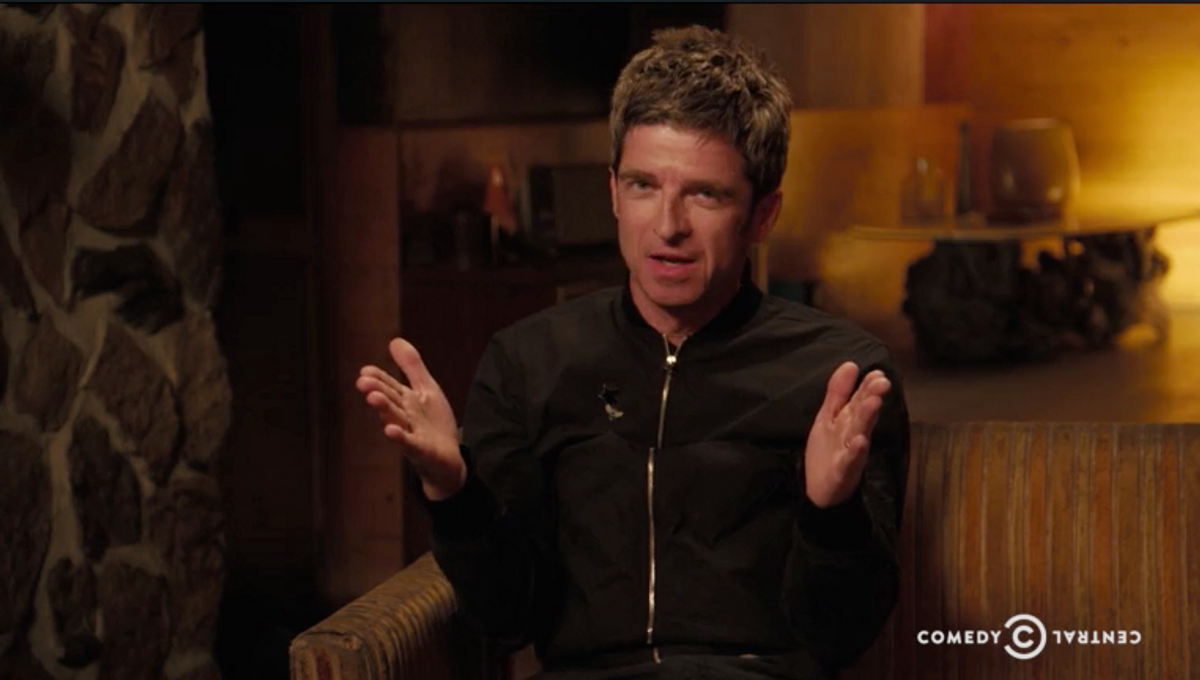 In a sit-down interview with Comedy Central's Jim Jefferies on Tuesday night, the British songwriter lamented that "guitar bands are shite these days," when asked what groups he likes in the current marketplace.

Gallagher went on to tell Jefferies a story, in which "after a gig" he once encountered the bassist for Maroon 5 at a bar in Hollywood. The band's bass player is Mickey Madden, although Gallagher did not name him during the interview.

He recalled that the bass player told him, "'Hey man, you really inspired me to play' – and all that." Gallagher then asked Madden what band he played for.

After he told Gallagher he was the bass player for Maroon 5, Gallagher said his reaction was, "F**king s**t! How the f**k have you got Maroon 5 from what I'm doing?"

He finished with an instruction: "Be gone out of my sight."

But the story continued, as everyone piled into cars to head to a party. Gallagher recalled, "At about 4 o'clock in the morning, I'm coming out of the toilet. The bass player from Maroon 5 is still there, waiting to get in the f**king bathroom. And I'm like, 'F**king hell are you still here?'"

Gallagher said Madden responded by saying, "This is my house."

It's not clear how accurate the tale is, but this is not the first time Gallagher has slammed Maroon 5's music.

"If your songs are OK, then your songs will seem better if you look good — like those f**kwits from Maroon 5," he infamously told Vogue in 2015.

The Adam Levine-fronted band is not the only thing on the receiving end of Gallagher's anger, however, as he frequently gets riled up about many different things. Rolling Stone magazine has counted a mere 101 of the things Gallagher has been mad at in the past.

Gallagher more or less ejected his own brother Liam Gallagher from Oasis following a string of well-documented feuds, as those acquainted with the tumultuous history of Oasis will easily recall.

Watch the interview with Jefferies below: