Trump to Russia: "Get ready" for "nice, new and smart" missiles in Syria 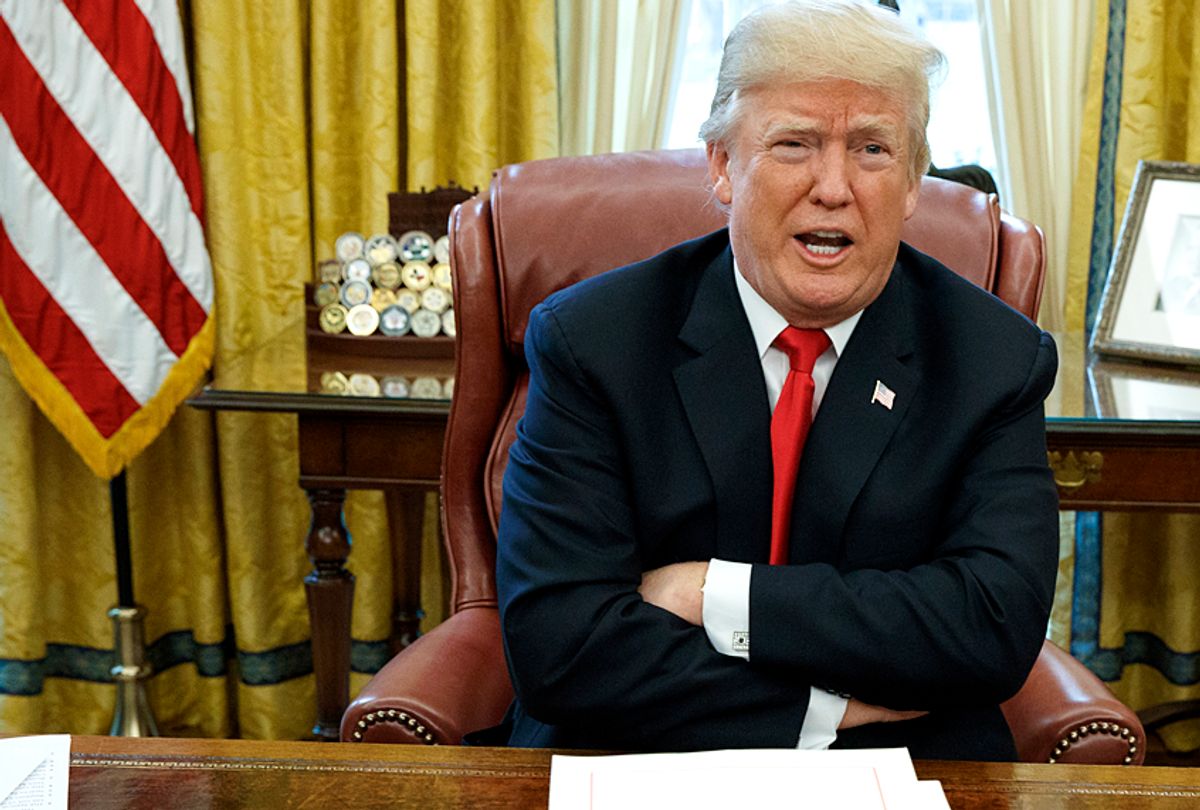 President Donald Trump taunted Russia in a provocative and stunning tweet this morning, telling the country to "get ready," because U.S. missiles would soon be falling in Syria, despite Russia's vows to block them.

Trump has repeatedly claimed that he would never reveal details of any military actions — but that notion was discarded entirely with a single tweet Wednesday.

The tweet came shortly after Russia's ambassador to Lebanon said that any potential U.S. missile strike would be shot down. "If there is a strike by the Americans, then . . . the missiles will be downed and even the sources from which the missiles were fired," Russian ambassador Alexander Zasypkin said, according to Reuters. He added that any conflict "should be ruled out and therefore we are ready to hold negotiations."

Since Monday, the world has awaited Trump's response to the chemical weapons attack in Douma allegedly carried out by the government of Syrian President Bashar Assad. Russia has provided critical support to the Assad regime since 2015, as the nation has been devastated by a seven-year-long civil war.

In a second tweet, Trump declared that U.S. relations with Russia were worse than ever before — a possible implicit acknowledgement that his attempts to soothe the country have failed. At the same time, Trump suggested that "the arms race" should be stopped. But Trump has provoked an arms race in the past and said just one month before he took office, "let it be an arms race." He has also planned to increase the U.S's nuclear arsenal.

A spokesperson for the Russian foreign ministry responded to Trump's tweet and said, "Smart missiles should fly toward terrorists, not legal government."

Trump's decision comes on the heels of his bold claim last week that he wanted to withdraw U.S. military forces from Syria. The president also warned Russian President Vladimir Putin in a tweet on Sunday, in which he criticized him for his support of "animal Assad," though he did not specifically name Putin in his Wednesday tweets.

The actions represent a dramatic escalation in Syria, as well as tensions between the U.S. and Russia. There are numerous legal complications surrounding Trump's potential unilateral strike, just as there were when he ordered a strike on a Syrian airfield last year. Many have argued that a strike against the Assad regime would be a violation of the Constitution as well as international law.