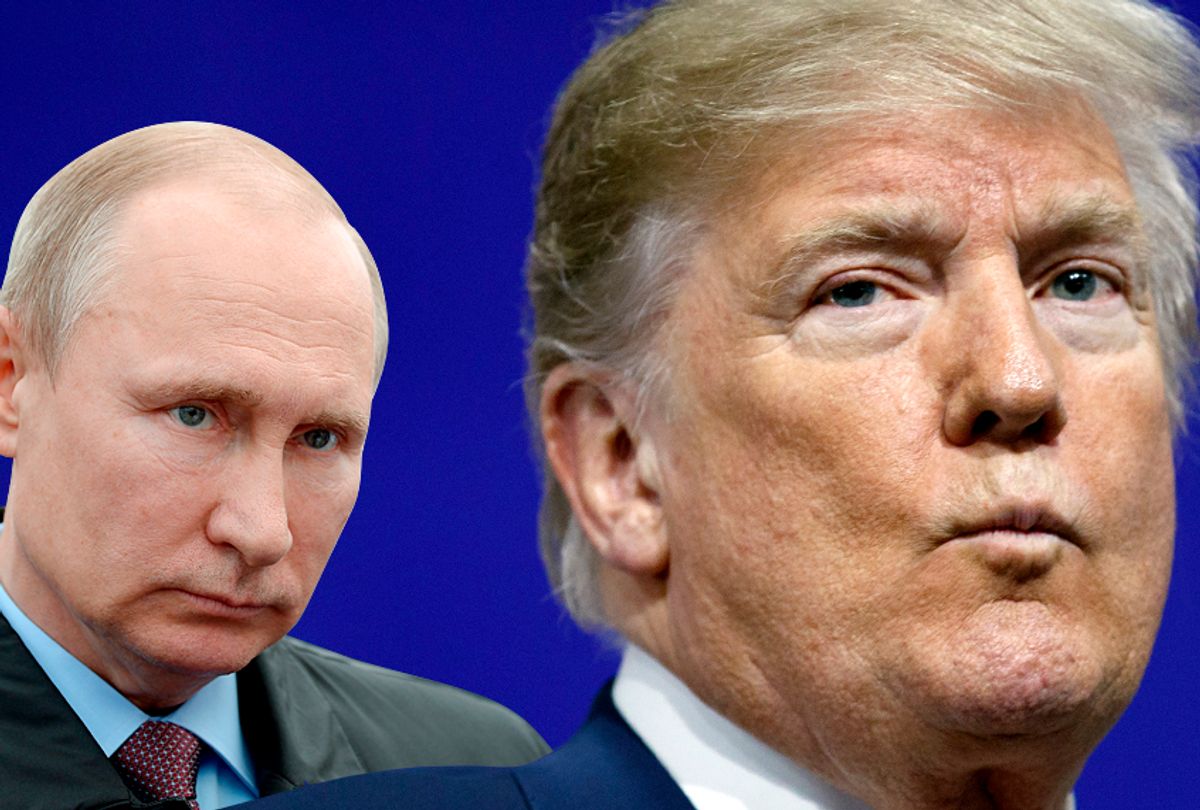 President Donald Trump denounced an alleged chemical attack that claimed dozens of lives in Douma, Syria, that aid groups have claimed was carried out by the government of Syrian President Bashar al-Assad.

In a pair of tweets on Sunday morning Trump called out Russian President Vladimir Putin by name, as well as Iran, for their strong support of "animal Assad" and warned of a "big price" to be paid if it continued.

In a third tweet he suggested his predecessor, former President Barack Obama, was to blame after failing to act when Assad crossed his "red line."

Trump has so far been unwilling to criticize Putin, so his direct rebuke is quite notable, at least for the moment. The alleged chemical attack occurred on Saturday afternoon and has so far claimed dozens of lives, according to the New York Times. However, an exact number is not yet clear.

Reuters reported that two aid groups tallied 49 deaths so far, while other groups have said the toll was even higher.

Russian Foreign and Defense Ministries, as well as Syrian state news media, denied the use of chemical weapons.

"It was not possible to independently verify the reports because Douma is surrounded by Syrian government forces, which prevent access by journalists, aid workers and investigators," the Times noted. Douma is controlled by Jaysh-al Islam, an Islamist rebel group opposed to the Assad regime. Syrian state media blamed the group for having fabricated media reports and videos of the attack.

The alleged use of chemical weapons undoubtedly puts Trump in a peculiar position. Despite his administration's decisions to expel Russian diplomats, the president has refused to take a hard stance against Putin until his recent tweets. But the news also comes the same week Trump boldly stated he wanted the U.S. military out of Syria.

Last year, Trump launched a military strike with dozens of tomahawk cruise missiles directed at a Syrian airbase after reports and pictures of a separate chemical attack disturbed him. The president was quickly praised by figures in the mainstream media, but his decision was also strongly criticized by those opposed to U.S. interventionism.

Meanwhile, the voices of neoconservatives are never too shy in Washington, as Sen. Lindsey Graham, R-S.C., immediately called on the president to "follow through" with his tweet. He argued that the president should not let his words simply just live on the internet.

"If it becomes a tweet without meaning, then he’s hurt himself on North Korea," Graham said on ABC's "This Week" Sunday morning. "If he doesn’t follow through and live up to that tweet, he’s going to look weak in the eyes of Russia and Iran.

He added, "So this is a defining moment, Mr. President. You need to follow through with that tweet, show a resolve that Obama never did to get this right."

Homeland Security Adviser Thomas Bossert offered a similar sentiment on Sunday as well, and said that nothing was "off the table."

"I wouldn’t take anything off the table. These are horrible photos," he said. "We’re looking into the attack at this point. The State Department put out a statement last night and the president’s senior national security cabinet have been talking with him and with each other all throughout the evening and this morning, and myself included."