America doesn't have a Holocaust problem. It has a history problem

Yes, Americans may know less about the Holocaust. In a way, that's following an American tradition 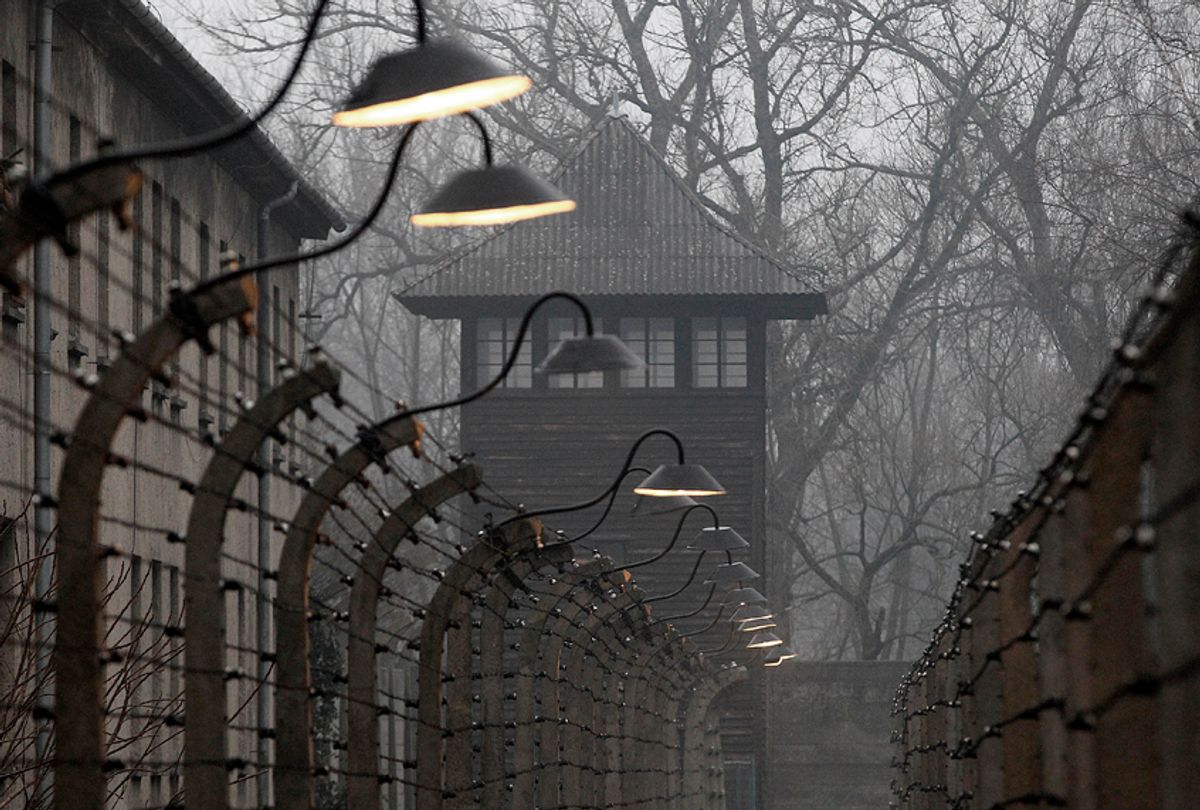 A survey released Thursday, commissioned by the Conference on Jewish Material Claims Against Germany, revealed a startling lack of Holocaust awareness by a large percentage of Americans — and experts are troubled by its implications.

The study discovered that, although 93 percent of Americans believe that students should learn about the Holocaust at their schools, 31 percent (as well as 41 percent of millennials) wound up severely undercounting the death toll, believing that 2 million or fewer Jews were killed during the genocide, according to The New York Times. The actual number of Jews killed during the Holocaust is roughly 6 million, more than three times what the average American believes it to be.

The survey also revealed that 41 percent of Americans (as well as 66 percent of millennials) have never heard of the Auschwitz concentration camp, while 52 percent incorrectly believe that Adolf Hitler came to power through force rather than through an election. One of the few silver linings of the survey was the observation that Holocaust denialism was very rare: 96 percent of Americans agreed that the atrocity was historical fact.

So how can we explain the disconnect between Americans' seeming good intentions when it comes to the Holocaust and their lack of understanding about its most basic details?

"I think one has to keep in mind that Americans are people, as a whole (obviously it's just unfair or injudicious to talk about 'Americans'), but they just don't know history of any kind," Professor Hasia Diner, who researches American Jewish History as well as Hebrew and Judaic studies at New York University, told Salon. "I mean, my guess is that if you polled those same Americans and asked them 'Who was Franklin Roosevelt?' 'What was the New Deal?' 'Who did America fight during World War II?' 'When was the Vietnam War?' et cetera[,] I think you'd get the same response."

She added, "I find with my students — these are select students who have done well in high school, gotten great SAT scores — and except for those who are history majors, who are interested in history, their knowledge of history is like, 'What happened yesterday?' And even that's a little fuzzy. So there's nothing about it that shocked me because the general orientation in the society is very ahistorical. So why we would expect that they'd know vast amounts about the Holocaust is, on some level, kind of silly."

Jonathan Sarna, professor of American Jewish History at Brandeis University, felt that his students did tend to be knowledgeable about the Holocaust, although he cautioned that the people who attended his classes were not representative of the American community as a whole.

"I would say that at Brandeis University, in Jewish studies classes, most students know a lot about the Holocaust," Sarna told Salon. "Many of them still have grandparents or great-grandparents who were directly affected. We are not a cross-section of America."

Sarna also expressed concern that the ignorance reflected in the survey could be the result of Americans feeling increasingly detached from the horrors of Nazi Germany.

"I think that there were many phrases and ideas and comments that were utterly unthinkable in the wake of the Holocaust because Americans didn't want to be like 'them,' meaning the Nazis whom we had just defeated in a war," Sarna told Salon. "And today it's not unthinkable. And the sensitivities that would once have precluded people from saying, doing, expressing certain things, those sensitives are dimmed and this report helps to explain why. But I don't think that we want to reverse that and say 'ignorance is caused by anti-Semitism.' I think most of us imagine that the reverse is more true: 'Anti-Semitism is often caused by ignorance.'"

He added, "My sense is that this is a story about the failure to educate people, which has consequences, rather than a story about anti-Semitism directly."

Diner likewise insisted to Salon that she didn't "think there's anti-Semitism at all" in the survey's conclusions, a position echoed by Kenny Jacobson, the Deputy National Director of the Anti-Defamation League.

"We've done surveys of the whole world. We did a survey on global antisemitism in 2014. We asked questions about knowledge of the Holocaust and we were very disturbed by the findings which found 30 to 40 percent of people around the world either didn't have awareness or diminished it," Jacobson told Salon. "In the United States we had never found that issue specifically to be a major problem, which is the numbers of those people who are not aware of the Holocaust are very small. Somewhere ranging from 5 to 10 percent."

He added, "That doesn't mean we don't have real concerns about knowledge of the Holocaust, because there's a huge distinction between just saying that we've heard of the Holocaust and then knowing anything about it."

As Jacobson pointed out, ignorance about the Holocaust is about much more than just that specific historical event in its own right. People need to know "how it all came to pass, how such a horrible thing came [to] happen in Western civilization, and the whole history of anti-Semitism and all that led up to it." The issue is "not really theoretical," Jacobson mused, "because part of teaching about the Holocaust is not only to fight anti-Semitism, but to fight all kinds of hate. And teaching about the Holocaust is one of the most important tools to get people to care about standing up against hate of all kind, and of course against genocides."

Because Holocaust denial is so rampant throughout the world (even if it isn't in the United States), it is necessary to look at studies like the one produced by the Conference on Jewish Material Claims Against Germany with an eye toward the possible prejudices that they could reveal. It is very good news that this one doesn't expose a rise in anti-Semitism in the United States, especially as events like the Charlottesville riots last year have created understandable alarm in the Jewish community. At the same time, there is a danger that lack of awareness about the Holocaust could create an opening through which individuals who do hate Jews can plant the seeds of their hatred.

The news from the survey isn't as bad as it could be — but it's still quite bad.