"He's crapping all over us!": Alex Jones slams Trump in tearful meltdown over Syria

An irate Alex Jones loses his mind after Trump launches airstrikes on Syria, calls him a "fraud" 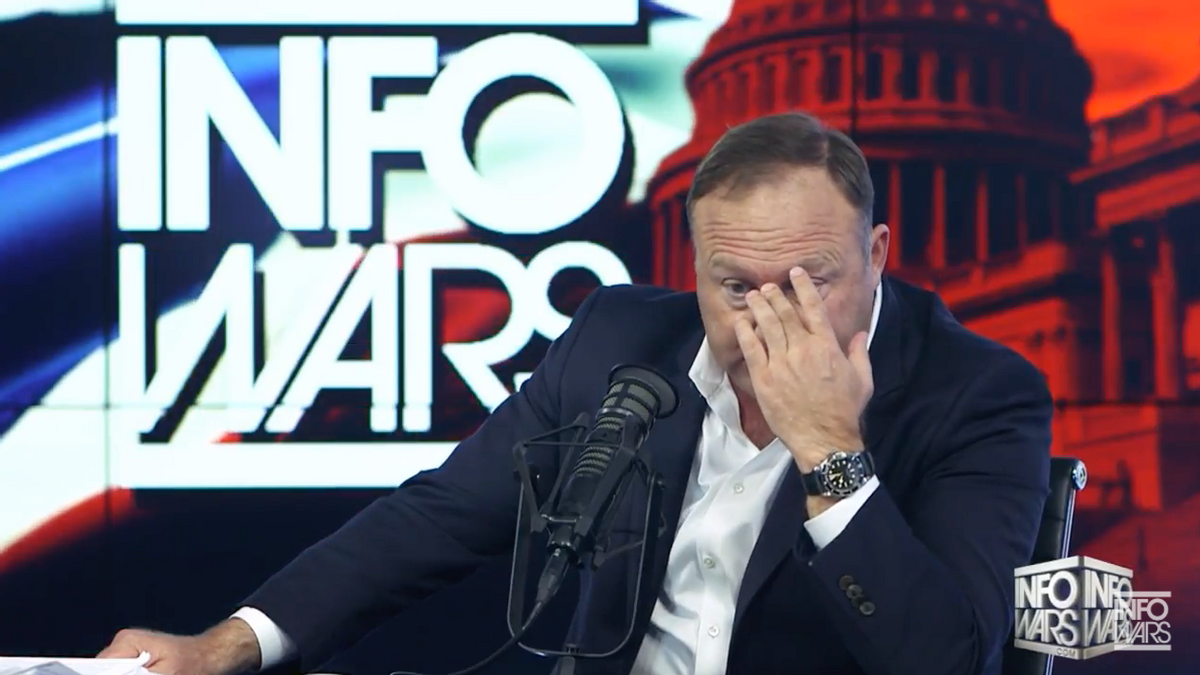 On the verge of tears, an emotionally distraught Jones, said the president he has long supported had "been doing so good," but now, "he's crapping all over us."

"If he had been a piece of crap from the beginning, it wouldn’t be so bad," Jones exclaimed. "We’ve made so many sacrifices and now he’s crapping all over us. It makes me sick."

Jones has long been a staunch supporter of Trump, and he's even claimed that the president has called him on several occasions. But Jones said he would deliver a clear message to Trump if he ever called him again.

"You know I thought of Trump as a bigger man than me," Jones said, directly staring into the camera. "But you know what Trump? Alex Emric Jones is bigger than you, because when push came to shove, you put your tail between your legs — you crapped your pants."

He added, "That doesn't mean I hate your guts but, let me tell you, you ever call me again I'm going to tell you I'm ashamed of you."

The epic meltdown is certainly one that will go down as one of Jones' best, and there have been plenty, so that says a lot.

But Jones was not the only right-wing media figure to heavily criticize Trump for his actions against Syria. Conservative talk radio host, Michael Savage, quickly tweeted his discontent after the announcement was made.

Frequent Infowars figures Paul Joseph Watson and Michael Cernovich also weighed in and branded Trump with a nickname of his own, "Donald Bush."

Conservative firebrand Ann Coulter joined in and blasted the Trump administration and Defense Secretary James Mattis for, what she deemed to be lies.

Even Rep. Ted Lieu D-Calif., found himself saying that he agrees with Jones, in a tweet that included the video of his epic tirade.

It's still too early to tell if Jones' rant will come to haunt him or if he will stand by his criticism of Trump moving forward. But on Saturday afternoon he went live on Periscope and attempted to explain his anger.

Watch the nearly three-hour meltdown in full below: