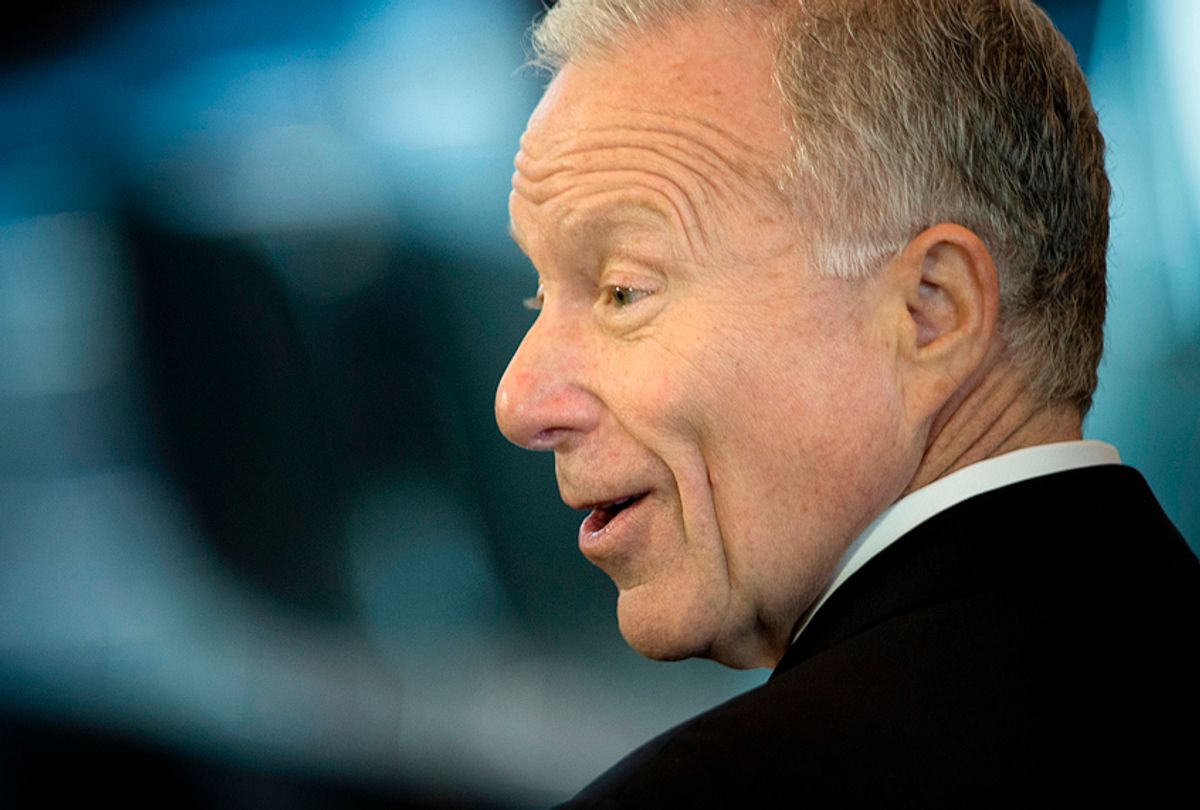 Donald Trump isn’t known for subtlety, and his attention span seems remarkably similar to that of a three-year-old. Nonetheless, he has an innate cunning that has served him well during his short political career, such as being able to intuit that Republican voters had soured on George W. Bush’s Iraq invasion when all his rivals in the 2016 primaries couldn’t fathom that possibility.

While Trump’s presidency has been dominated by impetuous tweets inspired by the smiling people on TV, the framework he is devising to to rein in Robert Mueller's Russia investigation is actually rather complex and suggests a patience that Trump normally does not evince.

Right after Special Counsel Robert Mueller made a big move by persuading federal prosecutors to raid the New York offices of Trump attorney Michael Cohen, Trump responded in curious fashion: He issued a presidential pardon to onetime Bush adviser Lewis “Scooter” Libby for his 2007 conviction for lying to federal investigators.

Some observers have argued that Trump decided to pardon Libby simply because the latter's attorneys, Joseph diGenova and Victoria Toensing, nearly joined the president’s legal team. While that commonality is unlikely to have been coincidental, the Libby absolution makes sense for Trump in a variety of ways. While left-liberal political junkies likely remember who Libby is, and why his case once seemed important, he is now unknown to most Americans. So the publicity risk of this pardon is low.

On the other hand, the benefits are more significant. Wiping Libby's slate clean sends a clear message to people currently under Mueller’s microscope — such as Cohen or former Trump campaign chairman Paul Manafort — that the president is willing to grant political pardons that might be regarded as controversial.

Asked yesterday on “Fox News Sunday” about the possibility that the Libby pardon could be an implicit communication to embattled current and former Trump aides, Rep. Trey Gowdy, the retiring South Carolina Republican who has become willing in recent weeks to criticize his own party, dismissed the idea.

“I think everyone already knows the president has pardon power, so I don’t know if he needs to send this signal, except to really slow-witted people,” Gowdy told host Chris Wallace.

It is true that anyone who passed high school civics should know about the president’s ability to pardon people convicted of federal crimes. But on the other hand, Trump’s business and political careers have been built on his willingness to stiff people who were once loyal to him. As anti-Trump Republican consultant Rick Wilson put it last September to The Washington Post: “Trump betrays everyone: wives, business associates, contractors, bankers and now, the leaders of the House and Senate in his own party.”

Considering Trump’s one-way view of loyalty, communicating that he is actually serious about protecting people who refuse plea deals with Mueller would require more than mere verbal assurances. Pardoning Libby is arguably a painless way to do this.

But the Libby clemency also makes sense from another angle: It strengthens bonds between Trump and Republicans who might not otherwise be loyal to him, should he attempt to confront or shut down the Mueller probe. While Republican voters are huge fans of Trump  and continue to support him at historic levels, he still does not evoke respect or loyalty from many veteran congressional Republicans or their aides. They have remained loyal to this point, however, because Trump has essentially ceded control of his legislative agenda to conservatives in Congress.

If conventional wisdom on Trump and the GOP is that he has somehow brought Republicans to heel, the opposite is actually closer to the truth. Trump is governing as a dramatically different president from the candidate he was on the 2016 campaign trail. Instead of pushing for tax hikes on the rich or the elimination of the “carried interest loophole,” Trump has signed into law hundreds of billions in tax cuts for businesses and the wealthiest Americans. Instead of promoting a health care bill that would “take care of everyone” and not touch Medicaid or Medicare, he has backed Republican proposals to roll back funding for these programs and return to a pre-Obamacare system, or worse. His promised trillion-dollar stimulus package actually spends almost no government funds.

Despite numerous conservative intellectuals protesting during the 2016 primaries that Trump was a former Democrat who would govern like a liberal, the exact opposite has happened. In doing so, Trump has removed the one criticism that conservative commentators are allowed to make within the supine media-political system that has prevailed on the American right for the last several decades.

Last week with his bombing of Syria for its alleged but unproven chemical-weapons attack on civilians, Trump made clear that despite many, many promises of an “America first” foreign policy that would avoid interventions in other countries’ affairs, he’s prepared to go along with any war that neoconservative hawks wish to promote.

The Libby pardon fits into this strategy as well. Although interventionist Republicans have essentially no political constituency at this point — as the 2016 GOP primary campaign made absolutely clear — they still wield enormous influence within the party’s foreign policy apparatus. By pardoning one of the original proponents of Bush’s Iraq war in the same week that he agreed to “bomb the sh** out of” Syria, Trump signaled that he is willing to play along, no matter how much it may upset his most devoted fans.

All of this might not be enough to save Trump should he try to fire Mueller or (as is more likely) dismiss Mueller’s supervisor, Deputy Attorney General Rod Rosenstein, in order to appoint a successor who will curtail or end the investigation. Last week, Senate Judiciary Committee Chair Chuck Grassley, R-Iowa, announced he would bring up a bill to provide some protections to Mueller in the event he is terminated. That legislation is currently co-sponsored by two other Republicans on the committee, so its chances of passing through committee are strong.

But the political landscape is littered with carcasses of people who underestimated Donald Trump. According to Maine Republican Sen. Susan Collins, there is no chance the president would sign the Mueller protection bill. And there is no indication as of yet that the legislation could pass with a veto-proof majority.

The reality is that Trump has now managed to erect a significant barrier system that might just about protect him from impeachment if he decides to provoke a constitutional crisis by shutting down the Russia investigation.