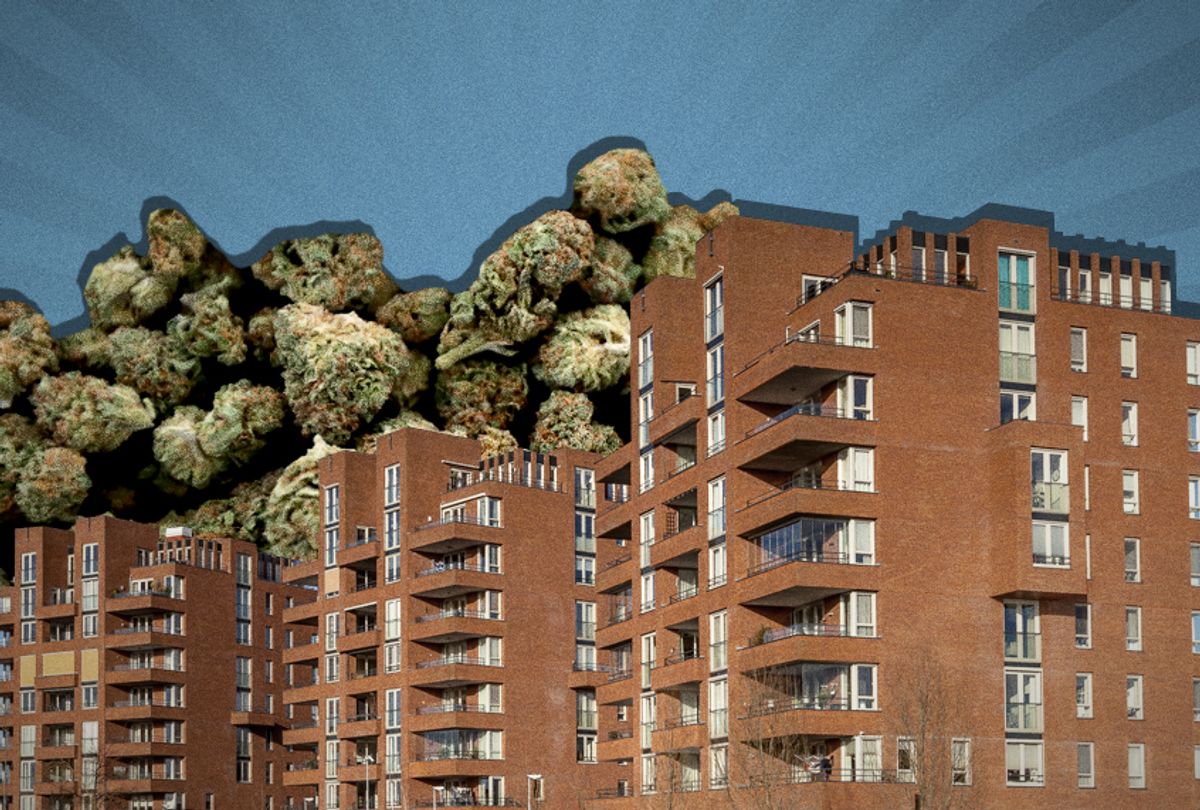 In April 2016, when Attorney General Jeff Sessions was still merely a senator from Alabama, the politician made a declaration on marijuana:

This drug is dangerous, you cannot play with it, it is not funny, it’s not something to laugh about . . . and to send that message with clarity that good people don’t smoke marijuana.

As politically informed potheads throughout America honor Sessions by firing up a big one, it's important and appropriate to look at one way in which Sessions' attitude toward marijuana is counterintuitive — namely, in how it deprives our society of programs that could be subsidized by marijuana-derived taxpayer revenue.

In Denver, Mayor Michael Hancock has proposed earmarking recurring marijuana taxes as a way to help pay for affordable housing for low-income residents, according to The Denver Post. By increasing the municipal tax on recreational marijuana from 3.5 percent to 5.5 percent, Hancock hopes to generate roughly $8 million each year. That money, combined with another $7 million spent each year from Denver's operating budget, could then be used to either build or preserve 6,400 income-restricted apartments and housing units in the city to provide more affordable housing.

It's a valuable idea, one that helps victims of poverty lead more bearable lives while reminding opponents of marijuana legalization that taxes on the drug can bring about unrelated social benefits.

"While marijuana taxes are not necessarily going to solve state budget problems, they could be extremely useful for helping localities deal with many of the smaller-scale issues they face in addition to benefiting education and public health services," Morgan Fox, Director of Communications for the Marijuana Policy Project, told Salon by email. "It is likely that localities that have banned cannabis businesses will start to reconsider their policies when they see the financial benefits their neighbors are reaping. On top of taxes, these businesses create jobs and support ancillary industries, both of which improve local economic environments."

Fox added, "Another factor to consider is that many marijuana businesses go out of their way to support local charities and social programs because they realize there is still a stigma associated with the industry and they want to bring positive change to their communities while dispelling some of the unfortunate stereotypes some people still hold."

Attorney Zarah Levin-Fragasso of The Lanier Law Firm, Chair of the Committee on Drugs and the Law at the New York City Bar Association and president of The Lenox Hill Democratic Club, had a similar observation.

"In recent years, some states have moved towards full legalization and have seen massive economic gains from tax revenue from legal marijuana," Levin-Fragasso told Salon, stressing that these were her personal beliefs. "This revenue, in turn, has been put to positive use — use that includes funding public education. Unfortunately, many individuals originally harmed or at higher risk of the marijuana arrest and conviction are not reaping the benefits of this newly legalized industry in the states that have opted for full legalization of the adult consumption of cannabis."

She added, "Activists are seeking ways to incorporate communities of color and/or indigent communities into the state legalized business process but are reporting mixed and often disappointing results. The historically disenfranchised continue to be economically disenfranchised and while profits soar for some, others continue to rot in jail for these non-violent offenses."

Fox made the same point, telling Salon that "ending marijuana arrests, wisely using tax revenue, and ensuring that the marijuana industry is equitable and the people who have been most hurt by prohibition have a fair shot at getting involved, are all going to have a positive impact on public health and social justice issues."

It is also necessary to point out that using marijuana-based taxes to achieve unrelated social ends, while laudable, should not be used as a primary justification for legalizing pot.

"Historically, taxation is rarely a pathway to social justice," Paul Armentano, Deputy Director of NORML, told Salon by email. "Politicians possess the discretion to spend tax revenues as they wish, virtually irregardless of the public’s priorities. By contrast, ending the prosecution, incarceration, discrimination, and stigmatization of responsible adult cannabis consumers is a pathway toward social justice."

He added, "The ongoing enforcement of marijuana prohibition financially burdens taxpayers, encroaches upon civil liberties, engenders disrespect for the law, and disproportionately impacts young people and communities of color. It makes no sense from a public health perspective, a fiscal perspective, or a moral perspective to perpetuate the prosecution and stigmatization of those adults who choose to responsibly consume a substance that is safer than either alcohol or tobacco."

Levin-Fragasso emphasized that any meaningful attempt to address marijuana policy must start with acknowledging the inherent injustice in the fact that it is illegal in the first place.

"The history of marijuana criminalization is intimately interwoven with social justice concerns," Levin-Fragasso said. "It would be remiss to review marijuana criminalization and subsequent legalization efforts without first looking at the racial disparity in the application of the marijuana arrest and conviction. According to the ACLU, despite approximately similar usage rates between black and white cannabis users, black cannabis users are over three times more likely to be arrested for possession of marijuana than white consumers of the substance. The cost on primarily non-white and/or indigent communities from marijuana convictions is unmeasurable by any true metric."

At a time when roughly three out of five Americans support legalizing marijuana, there are fewer reasons to think like Sessions and more reasons to approach the substance like Denver is doing. Legalizing it is going to help lower income Americans. Not only will it prevent the prison trap that ensnares the poorest Americans — and overwhelmingly, minorities — but the revenue from selling it can actually help more people. The fact that so many innocent lives are being ruined because of the prohibition against pot — and that so many more could be helped if it were legalized — underscores why ending the ban is such a morally compelling issue in 2018.