As new revelations come out based on the former FBI director's memos, the GOP continues to try to put out the fire 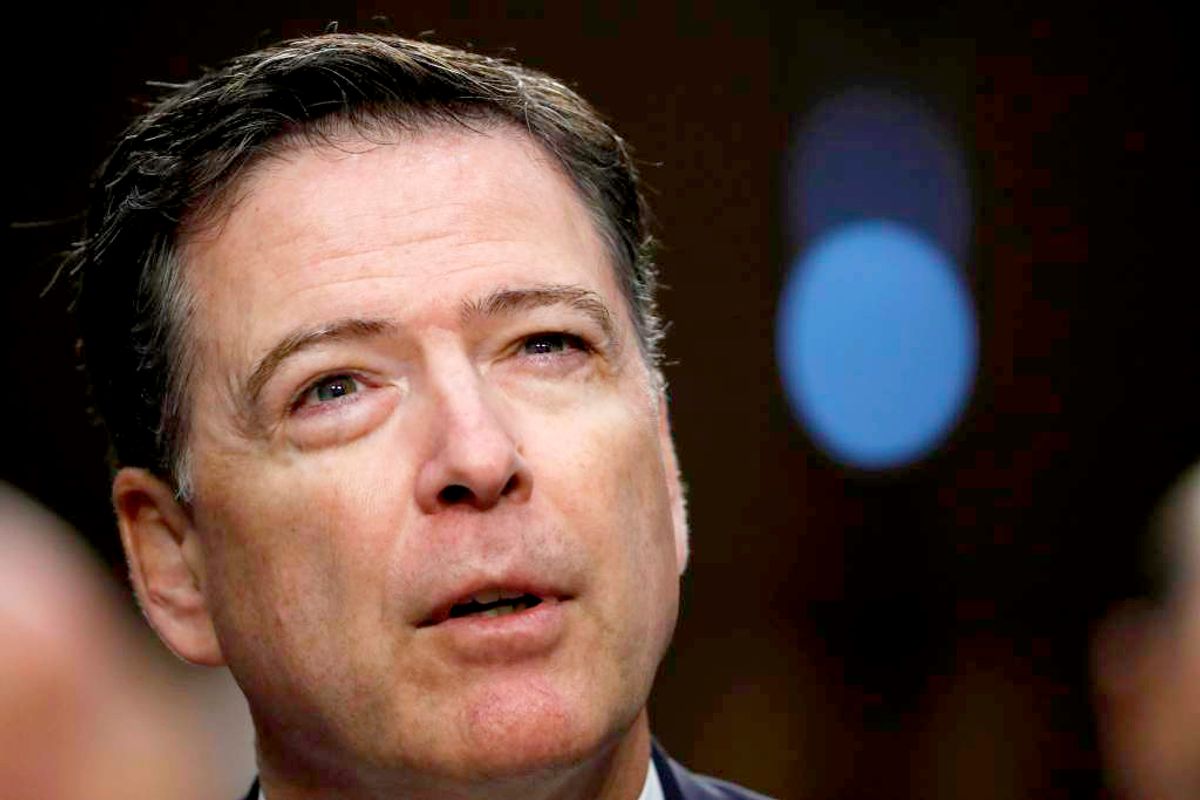 President Donald Trump and his supporters are searching for ways to gain control of the ongoing investigation into the president's potential criminal activities, even as the recent release of former FBI Director James Comey's memos about Trump draws fresh scrutiny on the chief executive's actions.

All of this is occurring against a backdrop which sees Trump increasingly determined to fire Deputy Attorney General Rod Rosenstein, according to Axios. Because Rosenstein oversees the probe into Trump's alleged criminal activity being conducted by Special Counsel Robert Mueller, firing him could make it easier for Trump to eventually dismiss Mueller — starting a constitutional crisis in the process.

"Trump doesn't know exactly what to do with [Rosenstein]. They don't have a clean way to get rid of him," a source close to Trump told Axios. "That's the problem."

The source added that the Trump administration still hopes to "spit-roast" Rosenstein, however, and added that two of the president's allies in Congress are trying to help him figure out a way to do it.

"I do think a case is being built against him [Rosenstein]. That's what [Rep. Mark] Meadows and [Rep. Jim] Jordan are doing," the source told Axios. Meadows and Jordan, who hail from North Carolina and Ohio respectively, are both members of the House Freedom Caucus, which provides an ideological home for that body's most conservative members.

Trump seemed to agree with that consensus, opining on Twitter that he was vindicated by the release of the memos, then attacking Comey and former Deputy FBI Director Andrew McCabe.

Axios' source also pointed out that the addition of former New York City Mayor Rudy Giuliani to the president's legal team reflected the White House's growing insecurity and desire to do something, anything, to ward off the ongoing investigation.

"This is all Trump trying to move the ball and he thinks by having substitutions and additional players he'll do that," the source told Axios. "What he really needs is what he's not getting. He needs a lead lawyer who has the backing and resources of a large firm."

Trump's need for sound legal representation may have increased after the publication of Comey's famous memos, which he reportedly wrote based on notes that he had taken shortly after several meetings he had with Trump. One of the memos described Comey meeting with Trump during the transition period and the president denying reports that he had paid prostitutes to urinate on a hotel bed in Russia because President Barack Obama and First Lady Michelle Obama had slept in it.

He then started talking about all the women who had falsely accused him of grabbing them or touching them (with particular mention of a "stripper" who said he grabbed her) and gave me the sense that he was defending himself to me. I responded that we were not investigating him and the stuff might be totally made up but it was being said out of Russia and our job was to protect the President from efforts to coerce him.

In notes taken from a conversation shortly after Trump began his presidency, Comey described an 80-minute meeting he had with the president. The conversation was wide ranging, stretching from the Hillary Clinton email scandal and the rumored urination tape to the importance of choosing an attorney general who wasn't too close to the president, and included several references to Comey's future at the FBI. After Trump said that "lots of people" wanted Comey's job and Comey responded that he would be reliable in the sense that he would be forthright with the president, Trump and Comey had this exchange:

He replied that he needed loyalty and expected loyalty. I did not reply, or even nod or change my facial expression, which he noted because we came back to it later.

They returned to the subject later:

The President then spoke about being glad I wanted to stay. He said Mattis said great things about me, as did Sessions. He explained he had asked a lot of people about me and heard great things. He then returned to loyalty, saying 'I need loyalty.' I replied that he would always get honesty from me. He paused and said that's what he wants, 'honest loyalty.' I replied, 'you will get that from me.'

In a separate memo, Comey described attending a White House meeting about homeland security issues before asking all of the other attendees — including Attorney General Jeff Sessions and Trump's son-in-law and adviser Jared Kushner — to leave so that Trump could speak one-on-one with Comey.

He began by saying he wanted to "talk about Mike Flynn." He then said that, although Flynn "hadn't done anything wrong" in his call with the Russians (a point he made at least two more times in the conversation), he had to let him go because he misled the Vice President, whom he described as "a good guy." He explained that he just couldn't have Flynn misleading the Vice President and, in any event, he had other concerns about Flynn, and had a great guy coming in, so he had to let Flynn go.

After Trump complained about leaks of his phone calls with the leaders of Australia and Mexico — and insisted that the transcripts of those conversations included comments he didn't remember saying, "and they say I have one of the world's greatest memories" — the president then brought up Flynn again.

Comey also recalled a phone call with Trump in March during which the president "asked what he could do to lift the cloud," a reference to Mueller's ongoing probe into the Russia scandal.

Three House Republican committee chairmen are already endeavoring to discredit Comey's memos — Reps. Devin Nunes of the Intelligence Committee, Robert Goodlatte of the Judiciary Committee and Trey Gowdy of the Oversight Committee — by arguing that they prove Comey was "blind with biases," according to The New York Times. In a joint statement on Thursday night, they wrote that in the memos Comey "went to great lengths to set dining room scenes, discuss height requirements, describe the multiple times he felt complimented and myriad other extraneous facts, he never once mentioned the most relevant fact of all, which was whether he felt obstructed in his investigation."

Read the full memos below: