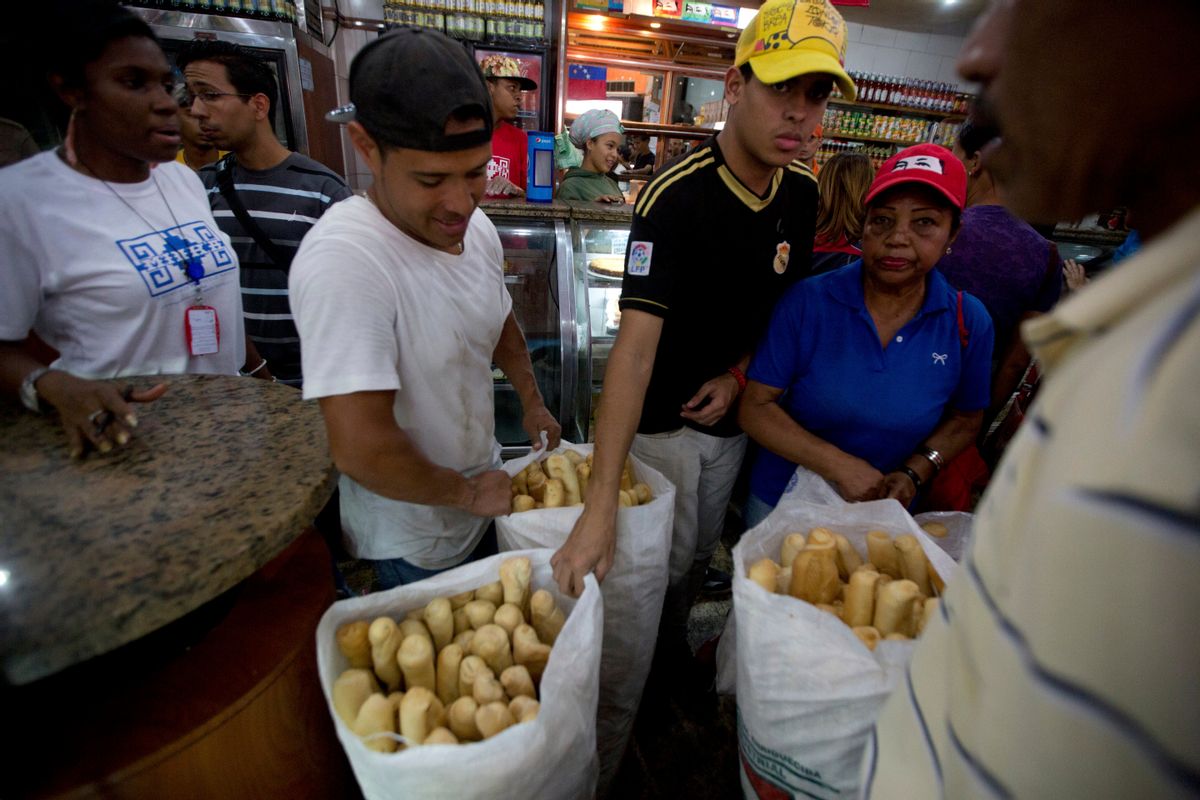 Latin America’s economy has grown enormously over the past two decades. However, unemployment in the region still hovers at 8 percent, double that of the United States.

Youth joblessness is even higher — almost 15 percent among Latin Americans under the age of 18. Sixty percent of young people between the ages of 16 and 24 work informally, without a contract, benefits or social security.

The region also has among the world’s highest violence levels, a problem some scholars have connected to high joblessness. In Brazil, for example, studies show that a 1 percent rise in male unemployment leads murders to rise an additional 2.1 percent.

Some Latin American restaurateurs think they can help.

These pioneering chefs are stepping out of the kitchen and into public service, going beyond feeding customers to creating jobs, boosting economies and preventing violence.

This movement — dubbed “social gastronomy” by Brazilian chef David Hertz — is the focus of my academic research on the politics of food.

Here are five Latin American culinary ventures you should know about.

Hertz first realized that food could help alleviate the poverty and violence of São Paulo’s poorest neighborhoods over a decade ago.

In 2006 he launched a project called Gastromotiva, urging local gang members to come train with him and start their lives anew as chefs.

“By interacting with other people through cooking, you learn confidence, discipline, collaboration,” he told me recently. “So why not use gastronomy to empower people?”

So far, Hertz’s social gastronomy program has trained 1,850 young men and women, 80 percent of whom have gone on to get jobs in the restaurant industry.

Working with the World Economic Forum, chef Hertz urges leaders across Latin America to use culinary training as a violence prevention tactic. Gastromotiva has expanded to Rio de Janeiro, Mexico and El Salvador.

The project continues today, staffed by volunteer chefs and supplied, for free, by Rio food companies.

Venezuela’s three-year-long economic crisis has led to widespread food shortages. Venezuelans lost an average of 20 pounds each in 2017. Childhood malnutrition has spiked.

Against this backdrop, “each day we prepare meals for 260 children and 100 of their grandparents,” Chef García told me. The Venezuelan government won’t let the group serve inside schools, so kids line up for food in a nearby building.

The foundation also serves 160 people at the J.M. de los Rios Children’s Hospital, where parents often cannot afford to feed their children while they receive treatment for cancer. García feeds 30 doctors as well.

More than an act of charity, García says, he sees feeding starving people as the professional obligation of a chef.

García won’t disclose how he gets ingredients every day in a country with empty grocery store shelves and an inflation rate of over 450 percent. But his project’s crowdfunding campaign, seven co-chefs and a wide circle of allies surely help.

3. The Amazon: Creating a rainforest-to-table movement

Perhaps the most innovative social gastronomy project in Latin America is Cumari, a collaboration of several nonprofit environmental organizations based in the Amazon rainforest of Peru and Brazil.

With 40,000 species of plants, thousands of kinds of fish and 3,000 different fruits, the Amazon is bursting with ingredients. But traditional food production is threatened by development and the rise of industrial agriculture.

Cumari’s founders hope that demand for local ingredients will rise as more people get to know Amazonian cuisine. A bigger market for rainforest foods should, in turn, protect this biodiverse environment.

Working together to attract influential Latin American chefs into the jungle, the Cumari collaborative places them in kitchens across the region. There, the chefs prepare meals spotlighting traditional Amazonian flavors — from super healthy fruits like acai berry and sacha inchi to fleshy river fish — in indigenous village lunch spots and big city restaurants.

Chef Gastón Acurio put Peru on the map as a culinary destination in the early 2000s, opening outposts of his award-winning Lima restaurant Astrid y Gastón in London, Bogota and beyond.

Now, he’s using global interest in Peruvian food to help young people back home. Acurio’s Fundación Pachacutec Culinary Institute, which opened in Lima in 2007, offers scholarships to budding chefs from marginalized communities in Peru and pays them a living wage while they train.

“Peru is a developing country. Many who dream of being a chef don’t have the opportunity,” Acurio says.

Though its economy is growing quickly, 9 percent of Peruvians still live on less than US$2.50 a day. Acurio believes that education is Peru’s most powerful weapon against inequality, which remains very high.

Today, the institute’s more than 300 graduates showcase their Peruvian cooking skills in many of the world’s most celebrated restaurants, including El Celler de Can Roca in Spain and Acurio’s own Astrid y Gastón.

In 2013 Claus Meyer, the Danish founder of Copenhagen’s award-winning restaurant NOMA, wanted to open a great restaurant abroad that could also make a difference.

Bolivia is the Western Hemisphere’s second poorest country, after Haiti. Over half the population lives in poverty.

The Andean country of 11 million also has a large indigenous population. An estimated 40 to 60 percent of people identify as a member Bolivia’s 36 recognized indigenous communities.

“Bolivia may have the most interesting and unexplored biodiversity in the world,” he told The Guardian newspaper when it opened. All ingredients are locally sourced.

Gustu also runs a culinary training program that recruits students from La Paz’s poorest neighborhoods. Meyer pays them well above the country’s $143 a month minimum wage, pulling them out of the informal economy and, hopefully, keeping them there for the long term.