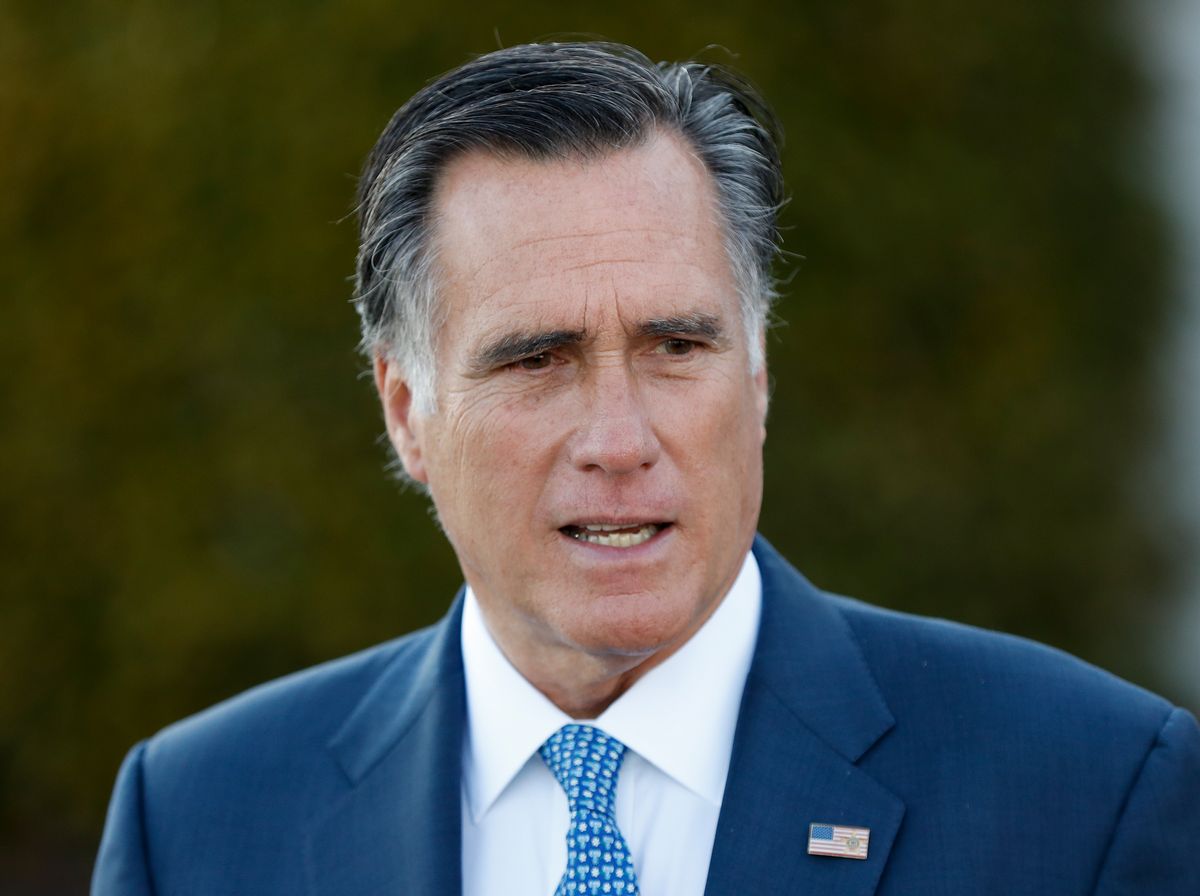 FILE - In this Saturday, Nov. 19, 2016, file photo, Mitt Romney talks to media after meeting with President-elect Donald Trump at Trump National Golf Club Bedminster in Bedminster, N.J. Kellyanne Conway, a top Trump adviser warned Sunday, Nov. 27, that the president-elect’s supporters would feel “betrayed” if he tapped Romney as secretary of state, a move that would put a fierce Trump critic in a powerful Cabinet post. (AP Photo/Carolyn Kaster, File) (AP)
--

Utah Senate hopeful Mitt Romney's road to Washington will be a little bumpier than expected after he lost the battle for the Republican nomination at Saturday's GOP convention.

The failed 2012 presidential candidate will now be forced to face a Republican primary in June, though, he has remained the clear favorite to fill the seat of Sen. Orrin Hatch, who announced his retirement in January, according to the Associated Press.

Romney, 71, thanked the delegates on Twitter afterwards, and said he was looking forward to the primary election.

The defeat Romney suffered on Saturday does not necessarily mean he stands on shaky ground, however, as he is still immensely popular in Utah.

The convention process draws the state’s most ardent activists, and typically favors conservative candidates like Kennedy over more mainstream ones like Romney. Success in the convention has not always translated into success in the primary, which draws a broader swath of the Republican electorate. In 2016, incumbent GOP Gov. Gary Herbert lost the April convention to Overstock.com Chairman Jonathan Johnson before crushing Johnson in the June primary.

Romney faced 11 other candidates at the convention, including one who was dressed as Abraham Lincoln, the AP noted. Kennedy positioned himself as a Republican outsider that would take down the "Romney machine. But during his speech on Saturday, Romney rejected the notion that he is the "Goliath" in the race.

"Some people I’ve spoken with have said this is a David vs. Goliath race, but they’re wrong," Romney said. "I’m not Goliath. Washington, D.C., is Goliath."

The former Massachusetts governor also has a serious money advantage over Kennedy. "Through the end of March, Romney had $1.1 million on hand compared to Kennedy’s $257,000," Politico reported.

Romney's bid for Senate was endorsed by President Donald Trump back in February, despite a tumultuous relationship between the two. Some Utah Republicans were still upset with Romney over his criticism of the president and how he helped lead the "Never Trump" movement during the 2016 campaign.

"(Romney) did everything he could -- probably more than any man in America -- to get Hillary Clinton elected," Ken Welch, a Salt Lake City Republican told CNN. "He had national news conferences, and spoke on Fox News, to announce that Donald Trump was a fraud, he was a lousy business man. He's a 'Never Trumper.'"

He added, "If he would have succeeded in bringing down Donald Trump, we most likely would have ended up with Hillary Clinton."

But Romney and Trump have seemed to put differences aside, at least for now, likely as a show of strength and unity within the GOP. Romney has said he would criticize the president, but the two have a similar far-right agenda, and he has even boasted about being more of a hawk than Trump is on immigration.