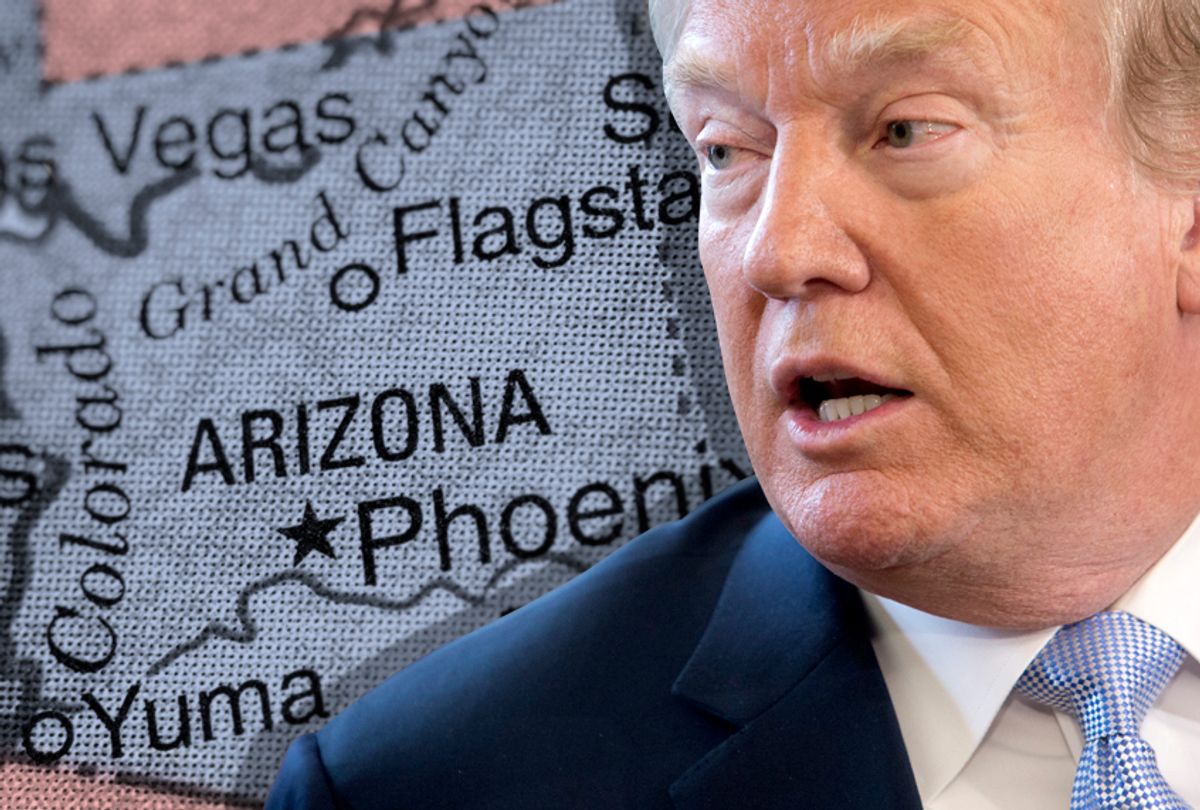 Republicans were oh so close to another Roy Moore disaster this week.

Following an embarrassing revelation that former Rep. Trent Franks had offered his female staffers money to impregnate them, the arch-conservative Arizona congressman was forced to resign late last year, quietly shuffled out of Congress in the middle of the #MeToo’s movements busiest weeks. He left voters an approved replacement in Steve Montenegro, a right-wing extremist and former leader in the Arizona Senate who was also backed by Sen. Ted Cruz, R-Texas.

Days later, The Arizona Republic published an exposé revealing that Montenegro, a married father and ordained minister, had exchanged nude photos and flirtatious texts with an aide while he was in the state legislature. Luckily for Arizona Republicans, those revelations came out before the GOP primary, not after, as was the case in Alabama’s special election last year.

Instead of nominating yet another candidate mired in a sex scandal, Republicans chose a candidate who simply faces allegations that she violated campaign finance law. That candidate, former state Sen. Debbie Lesko, is widely expected to win the latest special election of the Trump era, breaking a string of "blue wave" victories.

Voters in Arizona’s 8th congressional district head to the polls today for one of the last special-election face-offs ahead of this fall's midterm elections. Even the most optimistic Democrats do not think the result is in doubt: Donald Trump won the district by better than 21 percentage points in 2016. The unanswered question in Arizona is whether Democrats can slice into that margin to any significant degree, and what that would mean for the November midterms.

To some degree, Democrats managed to nationalize previous special elections in Georgia, Montana and Pennsylvania. In the latter case, Democrat Conor Lamb eked out a narrow victory in a rural-suburban district Trump had carried by almost 20 points. Nothing like that has happened in Arizona’s 8th. The Republican National Committee recently injected more than $280,000 into the race, to defend a seat Democrats haven’t won since 1980. (Democrat Bob Stump switched parties the very next year.) Outside groups have poured more than $700,000 into the race, and top Republicans from House Speaker Paul Ryan to Minority Leader Kevin McCarthy have traveled to the district to stump for Lesko.

"Nancy Pelosi wants to send a liberal Democrat to Congress to represent you. We can't have that," President Trump says in a robocall that aimed at rallying Republicans in the district. "If that happens, illegal immigrants will pour right over your border, bringing their drugs and their crime with them, right into your neighborhood, right into your backyard."

Arizona’s 8th district sits in the middle of Maricopa County, which is home to most of the Phoenix metro area and the majority of Arizona's voters. Trump got more votes in Maricopa County than he did in the entire state of West Virginia, but he only won the county by 3 points. Phoenix’s West Valley is home to a cluster of retirement communities that continued to serve as hard-line sheriff Joe Arpaio’s base of support during his 25 years in office. But even Arpaio, who was recently pardoned by Trump on charges related to racial profiling and is now running for U.S. Senate, lost his last election in Maricopa County by 12 points. Apparently, quite a few conservatives in the district are not satisfied.

One reason why Democrats haven't put up more of a fight in Arizona is that registered Republicans heavily outnumber registered Democrats in the district, 41 percent to 24 percent, with a striking 33 percent unaffiliated. That wasn't true in Pennsylvania's 18th, a traditional Rust Belt district long dominated by white working-class Democrats.

Democrats in Arizona have targeted newer suburban communities on the western outskirts of Phoenix, hoping to win over independents, disaffected Republicans and the district's large nonwhite population, now about 30 percent. In all probability, however, none of that will be enough to surmount the district's heavily conservative white majority. Which is not to say the Democratic candidate in the race hasn't been surprisingly competitive.

That candidate is former emergency room doctor Hiral Tipirneni, a first-timer spurred into politics by the results of the 2016 election. She is the first Democrat to contest the seat since 2012, and as befits a district labeled by the Cook Political Report as "Solid Republican," she has run as a non-confrontational moderate.

Lesko, the likely winner on Tuesday, is best known in Arizona for legislation allowing residents of Sun City, a vast retirement community, to drive golf carts on public roads. She also sponsored legislation allowing employers to opt out of offering health insurance plans that cover birth control. Lesko supports Trump’s border wall and has voted for far-right bills to require physicians who perform abortions to attempt to revive the fetus afterwards and to prohibit local police departments from identifying an officer involved in incidents of deadly force.

Lesko also faces allegations that she violated campaign finance law by steering funds from her state Senate account to a campaign super PAC that was created eight days earlier. That's illegal, but it probably won't matter. Nearly everyone in politics expects Lesko to defeat Tipirneni, but they'll be paying close attention to her margin of victory. However Republicans choose to spin this, the fact is that anything less than a 10 percent edge will smell like an impending November disaster for the GOP.

Arizona may well have two Senate races in November, with Democratic Rep. Kyrsten Sinema apparently leading in the race to replace retiring Republican Jeff Flake, and Sen. John McCain's health very much in question. If Lesko's margin on Tuesday is in the single digits, watch out for even more GOP retirements, and a widening sense that even states they thought were under control are starting to slip away.