Trump just hung his VA nominee out to dry 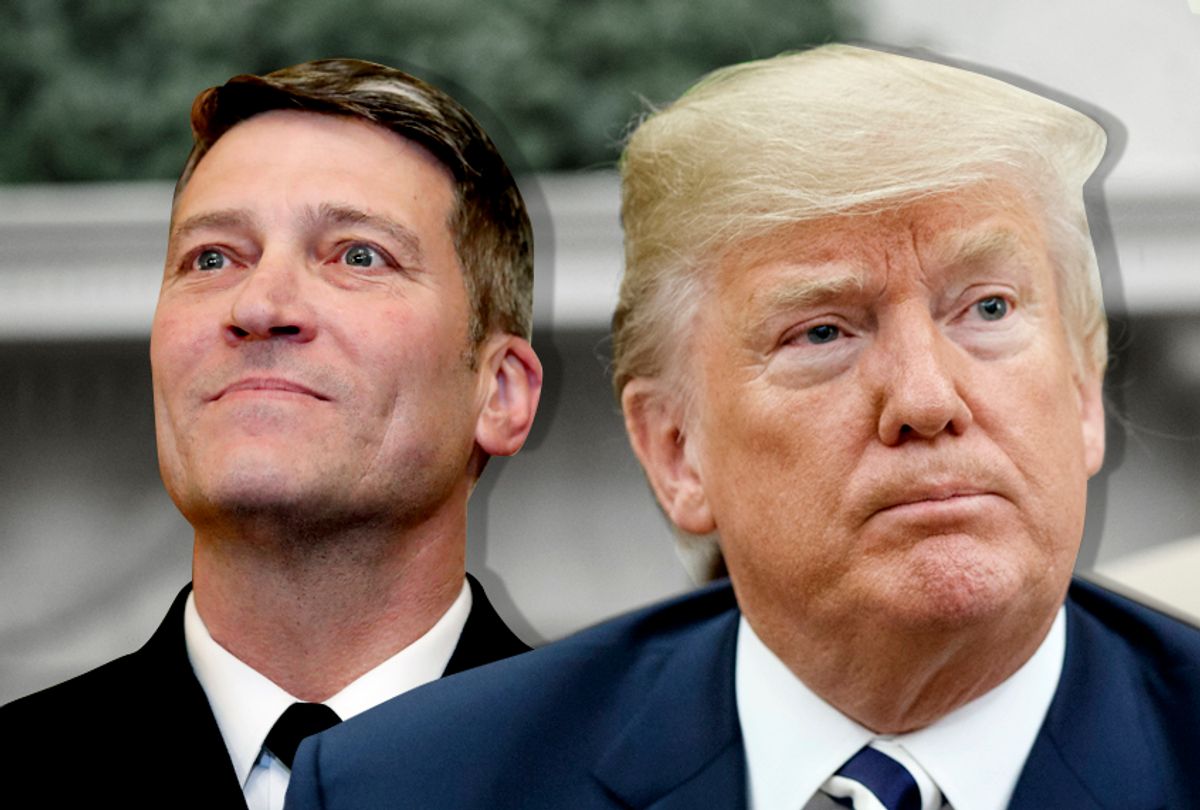 In the latest example of President Donald Trump surrounding himself with the "best people," he acknowledged on Tuesday afternoon that his nominee to lead the Department of Veterans Affairs has a "lack of experience."

But, nevertheless, the president still went on to boast that Dr. Ronny Jackson is "one of the finest people" he's ever met.

Jackson has faced new allegations from whistleblowers "that have told the panel about Jackson's questionable behavior including excessive drinking and a 'toxic' work environment under his leadership," CNN reported this week.

"I don’t want to put a man through a process like this," Trump said, hinting that his nominee may ultimately withdraw, during a press conference with the French president, according to CNN.

"I told Admiral Jackson just a little while ago, what do you need this for? This is a vicious group of people, they malign ... what do you need it for?" he said. "He's an admiral, he's a great leader, and they question him for every little thing."

He added, "He is a high-quality person. It's totally his decision. So he'll be making a decision. I don't want to put a man through a process like this. It's too ugly and too disgusting."

Trump also railed against the Democrats for their growing concerns about Jackson's past to lead the office, even though those concerns have been bipartisan. Last week the Senate Veterans Affairs committee began a probe into Jackson and his nomination hearing — which was scheduled for Wednesday — was postponed without a rescheduled date.

"The Senate Committee on Veterans' Affairs is postponing the hearing to consider the nominee to be secretary of the U.S. Department of Veterans Affairs in light of new information presented to the committee," Sens. Johnny Isakson, R-Ga., and Jon Tester, D-Mont., said in a statement that did not elaborate on the allegations.

Still, Trump used his half-hearted defense of Jackson as an opportunity to take shots at the Democrats for having largely resisted his secretary of state nominee, former CIA head, Mike Pompeo. "They failed to stop him, so now they say 'who’s next?'" Trump said, according to The New York Times.

"I have very serious questions that need to be addressed, and they should be addressed right now, like today," Sen. Richard Blumenthal, D-Conn., said, the Times reported.

Jackson is the White House physician who gave Trump his annual physical. The White House said afterward that the president was in "excellent" health, a claim that was criticized by other medical experts. It's also become clear that the White House did no vetting of Jackson, or of his background, prior to Trump selecting him as the nominee.