A third party? How not to settle for the lesser of two evils

Robert Reich: In order to get the candidates you want elected, you need to get involved now 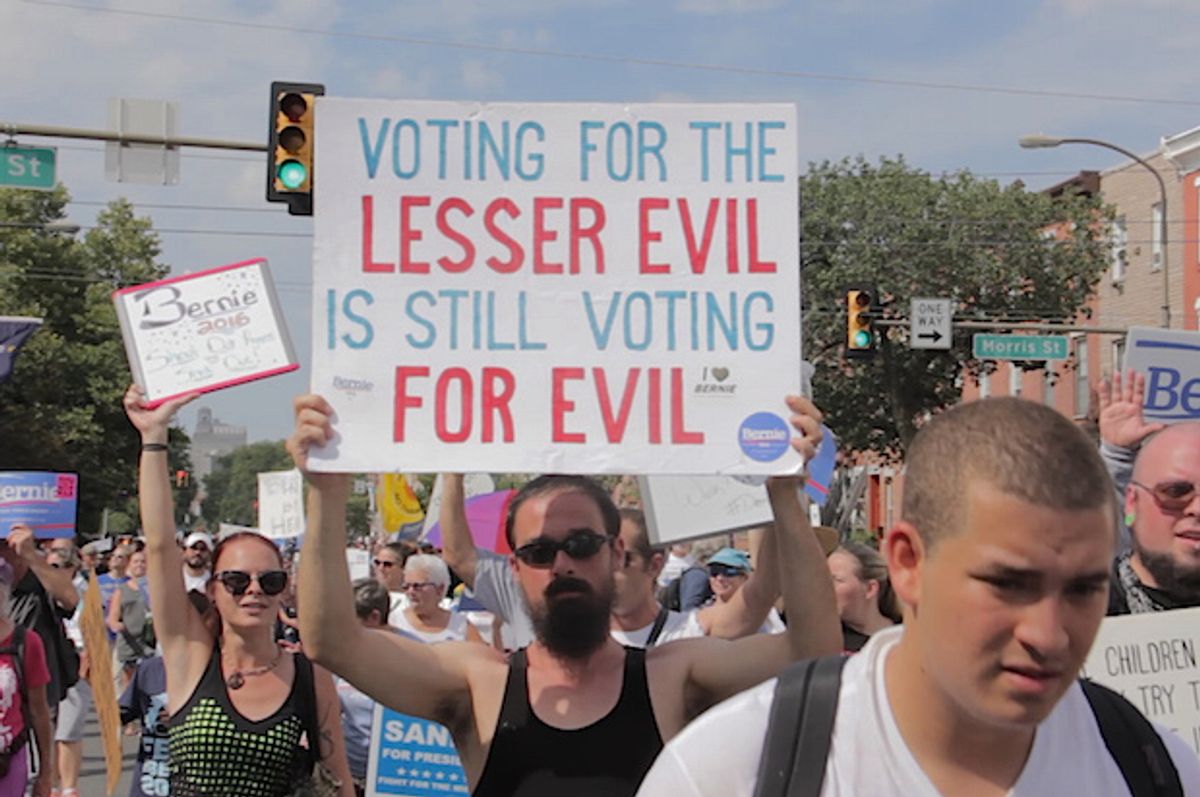 Are you happy with the electoral choices provided you by the two major parties? If not, should you vote for a third party candidate?

Not so fast. Remember what happened in 2016, when Libertarian Gary Johnson got 3.2 percent of the popular vote and Green Party candidate Jill Stein got 1.06 percent. Enough votes that, had they gone to Hillary Clinton, she’d have won the Electoral College, and Donald Trump wouldn’t be in the White House.

Oh, and anyone remember what happened in 2000, when the votes that went to Ralph Nader all but sealed the fate of Al Gore, and gave us George W. Bush.

You see the problem? In a winner-take-all system like ours, votes for third party candidates siphon away votes from the major party candidate whose views are closest to that third-party candidate. So by not voting for the lesser of two evils, if that’s what you want to call them, you end up with the worse of two evils.

But here’s the good news. You’ve got at least 2 ways to avoid the lesser of two evils other than voting for a third party candidate.

First, you could build support for your favorite primary candidate inside one of the major parties — like some of you did for Bernie Sanders in the 2016 Democratic primaries.

But, you might say, look what happened to Bernie! The Democratic Party establishment rigged the game against him.

I don’t want to open up this particular can of worms, but if a party establishment has a chokehold on the primaries — the answer isn’t to go with a third party and end up with the worse of two evils, but to organize and mobilize inside the party to break that choke hold, as some would say the Tea Party has done in the GOP.

Never underestimate the power of grassroots activism focused like a laser on taking over a major political party that has ossified.

Another way to avoid the lesser of two evils: Get your state to institute ranked-choice voting, also known as instant-runoff voting, which allows voters to rank candidates in order of preference.

Ranked-choice voting isn’t perfect, but it enables you to vote your conscience –even for a third-party candidate – without the worry that you’re giving ground to the candidate you like least.

The idea is gaining popularity. Last year, some form of ranked-choice voting was proposed in 19 states. In 2016, citizens in Maine initiated a referendum for ranked-choice voting and won. It’s already being used in statewide special elections in North Carolina, and in 10 major cities.

You don’t have to settle for the lesser of two evils. But in order to get the candidates you want elected you need to get involved, now. In the primaries. And in changing your state to ranked-choice voting.

It’s our democracy. Whether it works, is up to us.