"I've already had the divided conversations on the show; let's build some bridges" 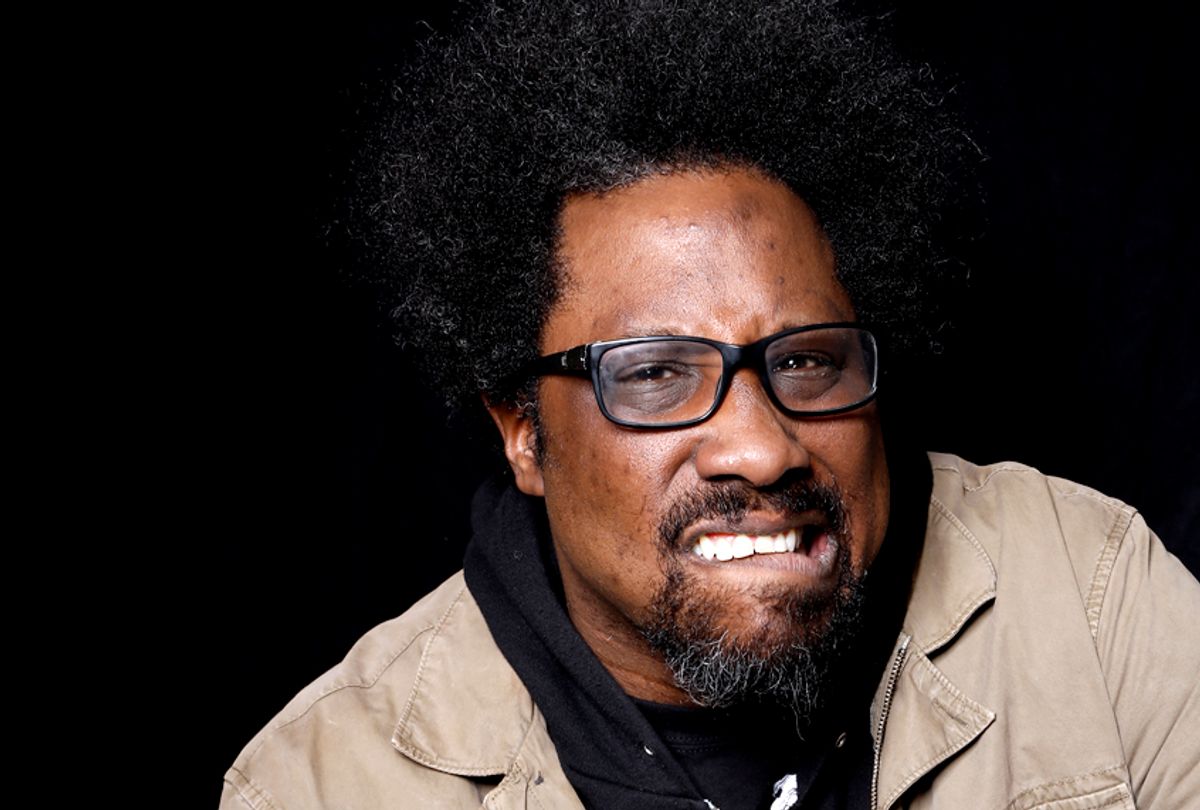 Comedian and author W. Kamau Bell returned to CNN April 29 with his Emmy-winning series "United Shades of America." In the show's third season, there's no easily readable "evil villain," Bell says, like in season 1, which featured an episode about the current Ku Klux Klan, or season 2's controversial conversation with white nationalist Richard Spencer. Rather, as Salon's Melanie McFarland wrote, season 3 is about traveling to communities "to dig to the core of the political subjects that most Americans are content to discuss and evaluate in the abstract."

This includes people who live on each side of the U.S.-Mexico border, the Gullah Geeche community in South Carolina, native people in Hawaii and members of the disabled community. In this season, Bell examines Sikhism in America, as well as historically black colleges and universities. He also travels to Canada, where the underground railroad officially ended, and to Mobile, Alabama, to explore his family's roots.

What are you most excited about in the new season?

Was the reason not to have the "evil villain" because of the push-back you received?

No, it really wasn't. I just felt like we had done that and I didn't want that to be our go-to move. At some point, you scrape the bottom of the evil villain barrel, and I feel like it's also very clear. The first season, Obama was still in office, and when we did the Klan episode, people were like 'what, the Klan is still a thing? I had no idea.' The second season, when we talked to Richard Spencer, he wasn't a nationally known person, and so by the time it aired, I think a lot of the push-back was people had already been starting to figure out who he was a little bit. Well, you can't help the fact that our interview had happened before that. But I stand by it. I think history has proven me right. In fact, like where is Richard Spencer now?

The other thing is I didn't want to have that kind of conversation again. I'm not saying it won't happen again in the future, but I just feel like every day we watch the news and we see who the people are who are making this country worse. We see them, we know those faces, we know their names, and I felt like I would like to see some of the people who aren't on the news every day and give them a chance to shine.

One of the things you said is that you started the show when Obama was in office. Do you feel like the stakes have been raised as the seasons go on?

In watching episode 1 about the border wall, one thing you make very clear is that this anti-immigration culture was very much part of Obama’s tenure. People labeled him the "Deporter in Chief," and it’s a legacy Trump is carrying on and very vocal about. But it's not new.

People think they have an idea about who I am, or what I support, who I voted for and all these kinds of things, but really, I'm on the side of justice. With Obama, I'm not going to hide the things he did that I don't agree with or the things he did that hurt people. And for me, it's really easy for all of us to get caught up in the political moment and think that everything going wrong with America is Trump's fault. But with the border, it's really easy to go, no, this is America's fault. This is not a new thing; we've gotten this wrong for a long time.

Part of the show feels like making people and communities who are suffering visible. For the first episode, if a viewer doesn’t know personally any Mexican immigrants or South American immigrants and all they know are stereotypes that Trump or the government perpetuates, then the show offers a fuller or more human picture. I'm wondering if that's the goal?

The one thing I'm aware of is the only reason I have this show is so I can hand the microphone to other people. It's my show because my name is on it; I've fought hard for that. I'm proud of what the show has accomplished, but for me, the most exciting thing is when I'm sitting there quietly, letting somebody else talk.

Like in the U.S.-Mexico border episode, I tell the woman to talk right into the camera. I don't want this to be about me. The conversation you're having with me is one I wish you could have with Trump. So talk right into the camera. For me, the most exciting part of the show is when somebody that I'm interviewing — you can tell doesn't get to talk publicly like that and suddenly is excited about talking publicly and gets fired up. And I can sit back and be quiet and just sort of smile while they spit hot fire.

In the border episode, you met with some border security and you remark about how they're nice guys, but are there more good guys or more bad guys? And I'm wondering how that connects to this idea of border security as an institution and them as actors within the system?

Those things are always hard for me when I go sit down with the police or with any sort of law enforcement officials. They're always going to send you the people who are good at talking, who are going to smile, who speak a little of the vernacular. You think, "I hope I'm not being played by this person."

I'm going to sit down and talk to this person and try to ask hard questions, but at the end of the day, the thing that's really important to me in the border episode is to be clear about what they also do. Because they're sending me the guys who have perfect records and who are the spokespeople, and that guy said he's saving lives. And maybe he is saving lives, but again, let's be clear about what's also happening out there and when we found that footage of border patrol pouring out the water. . . we knew we had to put it in the episode. There was no question because we have to hold the entire group accountable for the actions of the individual members. And now black people are held accountable for the actions of others all the time, even though we’re not really one unified group. We’re not all responsible for what Bill Cosby did, whereas actually you all [border patrol agents] did apply to the same group, and you took the same training, and you wear the same uniforms, so you are one group. So we have to hold those "good guys" I talked to accountable for what those other guys did who poured the water out.

The guys I talked to, their goal is to save lives. But clearly that's not everybody's goal; we have the footage to prove it.