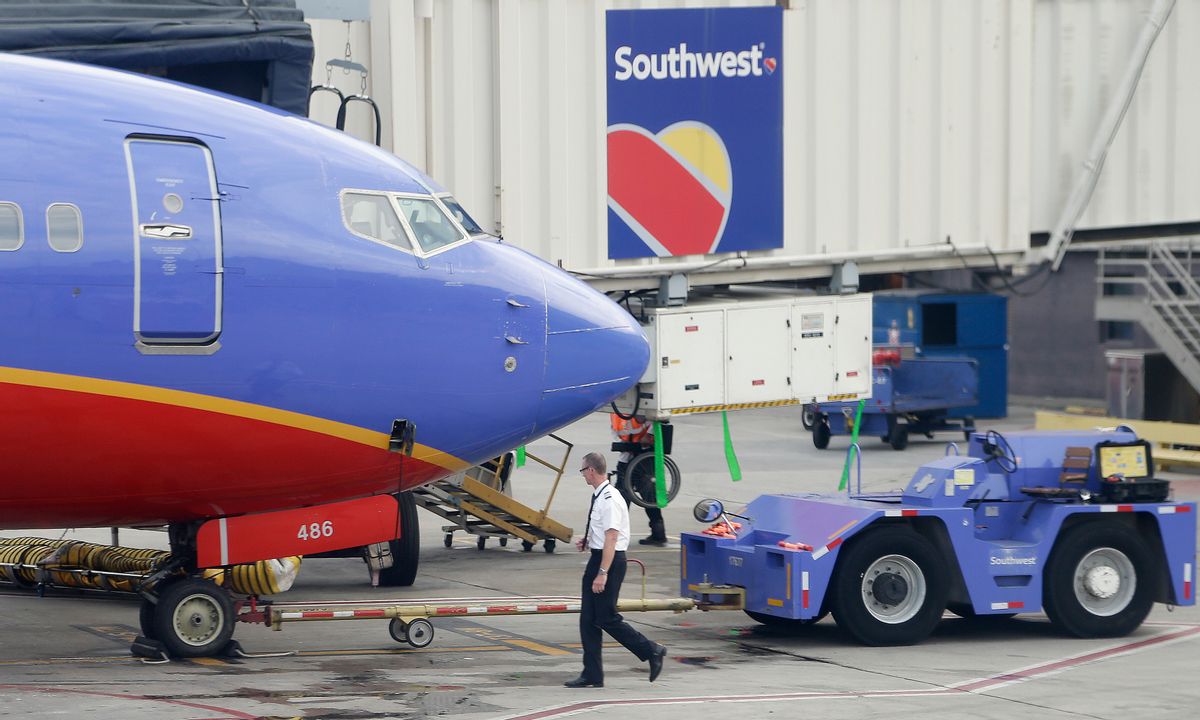 A Southwest flight bound for Newark, New Jersey made an emergency landing in Cleveland Wednesday because of a problem with an aircraft window. Federal Aviation Administration spokeswoman Elizabeth Cory, who confirmed the news to CNN, said that Southwest Flight 957 originated from Chicago.

"Southwest Airlines has a serious problem with their fleet," Ryan Holley claimed on Twitter. "My mom's plane just had to divert and land in Cleveland because of another window crack."

Holley's tweet was accompanied by a photo of a damaged aircraft window.

Two weeks ago, Southwest Airlines Flight 1380 endured an engine failure after departing from New York's LaGuardia Airport. According to CNN, a broken fan blade "burst through the plane's window, sucking a passenger toward the hole where the window used to be." The passenger in question, Jennifer Riordan, later lost her life.

"The actions of the crew and passengers of Southwest Flight 1380 show the great character of our nation," Trump said, according to CNN.