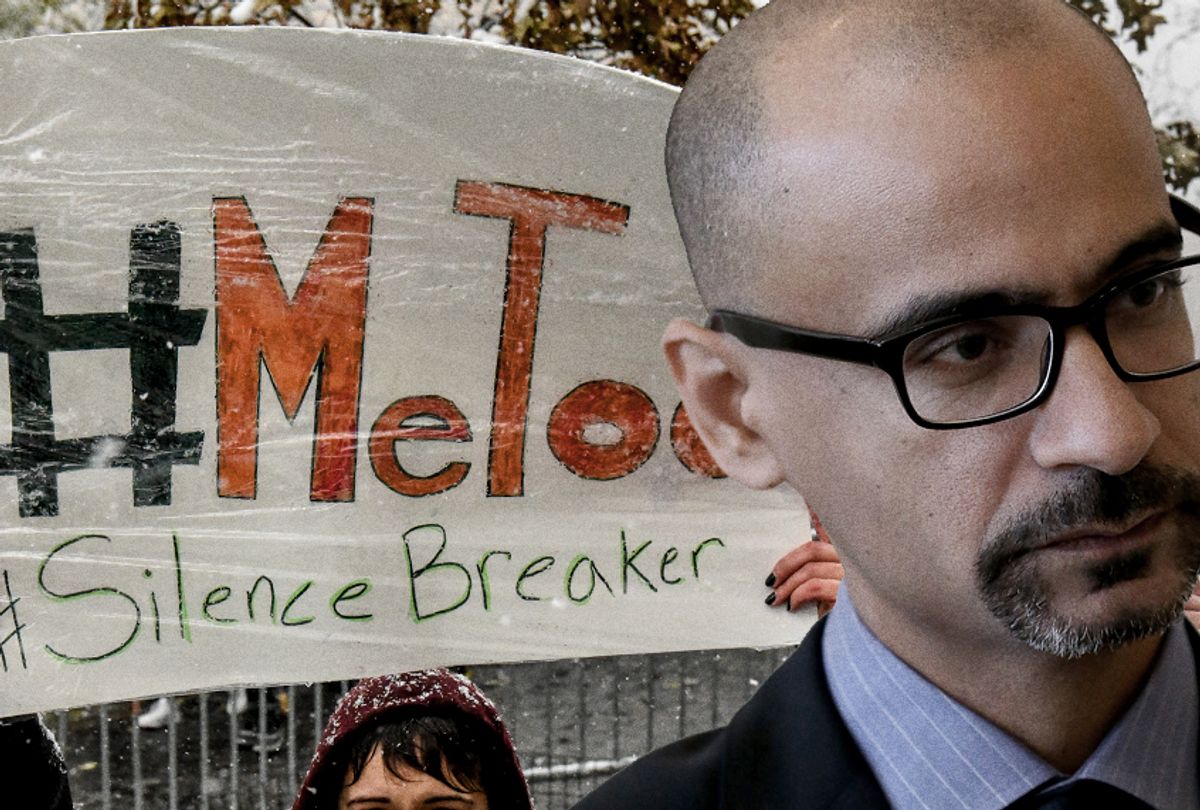 In the wake of the news that this year's Nobel Prize in Literature has been postponed as a sex scandal engulfs the Swedish Academy, the cultural institution responsible for awarding the prestigious award, multiple women have accused author Junot Díaz of forcible kissing and verbal harassment.

"As a grad student, I invited Junot Díaz to speak to a workshop on issues of representation in literature. I was an unknown wide-eyed 26 yo, and he used it as an opportunity to corner and forcibly kiss me," writer Zinzi Clemmons tweeted early Friday morning.

"I'm far away from the only one he's done this 2," she continued. "I refused to be silent anymore."

Clemmons unleashed a reckoning when she shared her allegations of sexual misconduct against Díaz. Shortly after she detailed her alleged experience, author Carmen Maria Machado accused the Pulitzer Prize-winning author of verbal harassment.

"During his tour for THIS IS HOW YOU LOSE HER, Junot Díaz did a Q&A at the grad program I'd just graduated from. When I made the mistake of asking him a question about his protagonist's unhealthy, pathological relationship with women, he went off on me for twenty minutes," Machado claimed on Twitter.

"And I'll never forget: His male handlers (presumably from the university? I don't know) were sitting directly in front of me, and every time he spoke, they nodded enthusiastically and in unison, and every time I spoke, they froze. When I think about those men I want to scream," she added.

Monica Byrne, a playwright, also shared her experience with Díaz. She alleged that the author yelled the word "rape" in her face after she "disagreed with him on a minor point" at a dinner.

"It was completely bizarre, disproportionate and violent," she claimed.

"The dinner just got worse from there," Byrne continued. "I've never experienced such virulent misogyny. Every point I made — ABOUT issues women face in publishing — he made a point of talking over me, cutting me off, ignoring me to talk to the other (male) scifi writer at the table, who played along," Byrne added.

"He didn’t physically assault me. But shouting the word 'rape' in my face after knowing me for maybe ten minutes is absolutely verbal sexual assault," Byrne wrote in a follow-up tweet. "I left that dinner halfway through. And I’d sat down so excited to meet one of my literary heroes."

The allegations of misconduct against the Dominican-American writer come as #MeToo — a movement against sexual harassment and abuse of power has exploded across the nation, toppling powerful men in prominent positions like Hollywood producer Harvey Weinstein and former Senator Al Franken — and a little over one month after Díaz penned his own #MeToo story, in which he revealed that he was raped at 8 years old and how that abuse has haunted him throughout his life.

Though he often describes sexual violence in his work, Díaz explained that the resulting shame from his childhood experience made him afraid to open up about his abuse directly. He detailed his life-long efforts of trying to overcome the traumatic experience, during which he admitted he was "hurting other people in the process."

In the wake of the allegations of inappropriate conduct against Díaz, author Jean Spraker tweeted, "If you read Junot Díaz's New Yorker essay and didn't realize he was confessing to not only experiencing abuse, but also perpetrating it, you weren't paying attention."

"Junot Díaz's writing of that essay was a cover up," Mpho Ndaba wrote. "He knew that someone was eventually going to call him out."