North Carolina Rep. Robert Pittenger's loss was the first defeat for a House incumbent in 2018 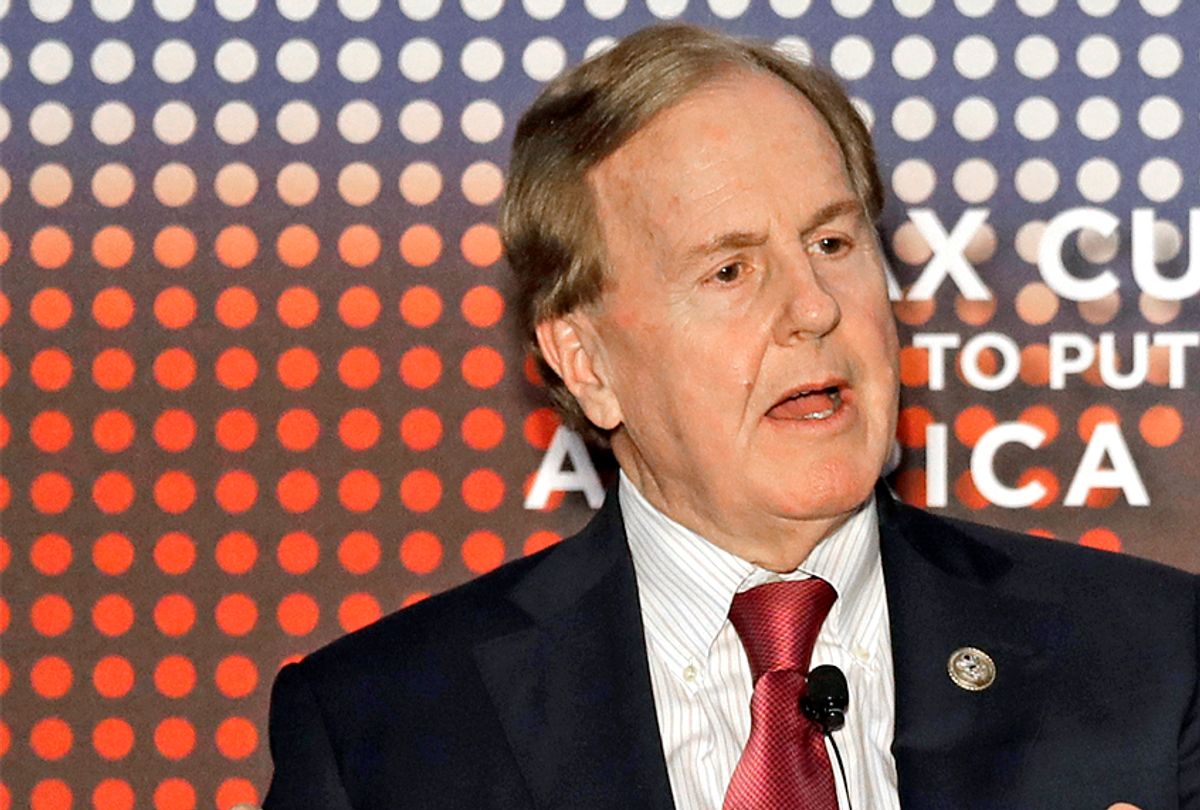 Although Pittenger had managed to avoid losing to Harris in the 2016 primary by a mere 134 votes, the Republican Party did not consider his seat to be sufficiently endangered that they needed to invest a lot of resources in his campaign. Perhaps as a consequence of that decision, Harris bested Pittenger in 2018 with 48.5 percent of the vote to Pittenger's 46.2 percent, according to Politico.

"People saw that Pittenger’s votes didn’t match his rhetoric. This is a continuation of the populist wave that swept Trump into the White House," Andy Yates, a spokesman for the Harris campaign, told Politico.

While Pittenger would most likely disagree that his votes and rhetoric were not consistent with each other, it is hard to argue that Harris didn't beat Pettinger by outflanking him on the right. When Harris came within an eyelash's width of ousting Pittenger in 2016, it was because the congressman was being investigated for allegedly transferring money from his real estate company to his 2012 campaign. This time around, however, Harris accused Pittenger of being part of the "Washington swamp" and for insufficiently backing Trump's agenda. He particularly honed in on Pittenger's support for the omnibus spending bill in March, which as Yates told Politico, was "hung around his neck because he voted to fund sanctuary cities and it gave no money for the president’s wall."

Pittenger, for his part, released TV ads that claimed he was one of Trump's "strongest supporters" and pointed out that Harris had originally supported Arkansas Gov. Mike Huckabee and Texas Sen. Ted Cruz in the 2016 Republican presidential primaries. Yet even that wasn't enough to counter conservative overtures by Harris, such as proclaiming that he would join the right-wing House Freedom Caucus if elected. As caucus chairman Rep. Mark Meadows of North Carolina told Politico, Harris "made sure that this message was consistently conservative and he never wavered in his support for the president."

Now Harris will need to face off against Democratic candidate Dan McCready, meaning he has his work cut out of him. As The Washington Post explained:

Harris will now face Dan McCready, a veteran who recently became a Democrat, who easily won the Democratic nomination in the district. According to the last FEC filings from both campaigns, McCready had $1.2 million for the general election; Harris had a little over $70,000.

While Pittenger's defeat was the standout event of the Tuesday primaries, it was still part of a larger pattern that has seen a backlash against Republicans who can be labeled as "establishment." As The New York Times explained:

Voters nearly always dislike Congress, but Tuesday was a vivid illustration of just how toxic the taint of Washington may be in 2018.

The night was a near-wipeout for members of the House seeking higher office. Three Republican lawmakers lost campaigns for the Senate: Luke Messer and Todd Rokita in Indiana, and Evan Jenkins in West Virginia. A fourth, James B. Renacci of Ohio, won the Senate nomination but drew less than half the primary vote despite facing relatively unknown opponents and campaigning with President Trump’s loud support.

There are two major takeaways from the anti-establishment trend here.

The first, and most important, is that within the Republican Party, "anti-establishment" is nearly always a synonym for "not conservative enough." As a result, it is necessary to view Pittenger's defeat within the context of other upset victories in which a far-right Republican bested either an incumbent or a party establishment favorite in a major primary. In 2010, Sharron Angle in Nevada, Ken Buck in Colorado, Linda McMahon in Connecticut and Christine O'Donnell in Delaware all won their Senate primaries against more "establishment" alternatives and subsequently lost in their general elections. In 2012, Republican primary voters squandered two more Senate pick-up opportunities by nominating Todd Akin in Missouri and Richard Mourdock in Indiana. And, of course, there was the decision by Alabama GOP primary voters in the 2017 Senate special election to nominate the extremist Roy Moore over the incumbent Sen. Luther Strange, thereby paving the way for an upset Democratic victory in December.

None of this means that every Republican nominated from the party's fringes is going to lose in a general election. Trump himself was nominated as a fringe candidate in the 2016 presidential primaries and yet went on to defeat Democratic candidate Hillary Clinton in the general election. At the same time, a trend is not determinative; it merely indicates what is more or less likely to happen, not what is guaranteed to happen.

The other notable detail here is that Trump himself, despite his low approval ratings, is still not considered to be politically toxic to his fellow Republicans. Every single candidate who prevailed in the Tuesday primaries was unambiguously pro-Trump, even though the president's approval rating has remained stuck at 41 percent since March, according to CNN. Tellingly, Gallup Daily tracking has found that Trump's favorability numbers among Republicans have remained between 81 percent and 90 percent since the start of the year. Among independents, it has been stuck between 30 percent and 37 percent while among Democrats it has wavered between 5 percent and 13 percent.

This means that, while Trump is unpopular with the rest of the country, his fellow Republicans still hold him in high esteem. While it is unclear whether this is because they are unaware of how he is viewed by the rest of the country or simply don't care, it at the very least means that the 2018 midterm elections are shaping up to be a referendum of Trump's first two years in office.

As his Twitter page revealed on Monday, Trump himself seems to be at least somewhat aware of this.

Feel free to check out our top trending story of the day!