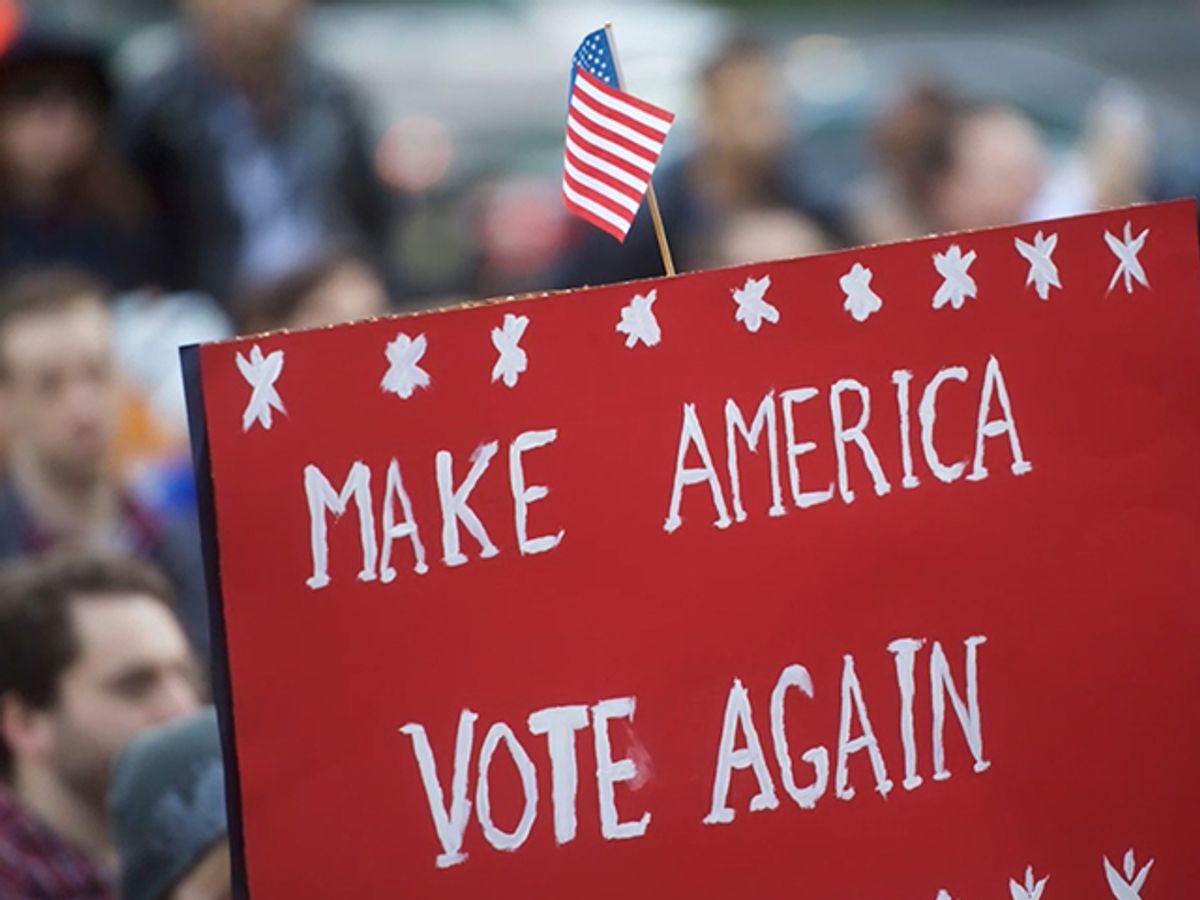 Connecticut just did something that no state has done since 2014 — join the National Popular Vote Interstate Compact which, if implemented by enough states, could effectively neutralize the Electoral College in American presidential elections.

The compact requires all of the states which participate to assign their electoral votes to whichever presidential and vice presidential candidates win the national popular vote, according to The Washington Post. Because it would not become effective until it is adopted by enough states to cover at least 270 electoral votes (the minimum necessary to win), it will avoid diluting the power of the states which have accepted it or risk throwing the election to whichever candidates wins the states that haven't signed the compact.

This is fortunate for the Democratic Party because the other states that have signed the compact are all solidly blue, starting with Maryland in 2007 and followed by New Jersey, Illinois, Hawaii, Washington, Massachusetts, Vermont, California, Rhode Island, New York and Washington DC. The last of them to sign the compact before Connecticut was New York, which did so four years ago. In total, the states currently represent 172 electoral votes overall.

"With the exception of the presidency, every elected office in the country, from city council, to United States senator, to governor, is awarded the candidate who receives the most votes," Connecticut Governor Dan Malloy said in a statement. "The vote of every American citizen should count equally, yet under the current system, voters from sparsely populated states are awarded significantly more power than those from states like Connecticut. This is fundamentally unfair. The National Popular Vote compact will ensure an equal vote for every American citizen, regardless of which state they happen to live in. I applaud the General Assembly for passing this commonsense legislation."

The most recent occasion when this happened, of course, was the 2016 presidential election. Although Democratic nominee Hillary Clinton won 65.9 million votes (48.2 percent) to Republican nominee Donald Trump's 63 million votes (46 percent), Trump won with 304 electoral votes to 227 electoral votes, with the remainder being scattered to a number of other candidates.

Prior to the 2000 presidential election, there had not been a single presidential contest in which the popular vote winner was denied the presidency for over a century.

Starting in the 1892 presidential election (when Grover Cleveland was reelected over Benjamin Harrison) and ending with the 1996 presidential election (when Bill Clinton was reelected over Bob Dole), the popular vote winner and the electoral vote winner were always the same candidates. On the other three occasions, John Q. Adams prevailed over Andrew Jackson in 1824 (no candidate won the electoral college and the contest was thrown into the House of Representatives), Rutherford Hayes prevailed over Samuel Tilden in 1876 and Benjamin Harrison prevailed over Grover Cleveland in 1888.

Just to repeat, that was in 1888. In other words: After 112 years in which the electoral college didn't pose any kind of serious threat to the underlying principles of democracy, we have now had two elections in the last 16 years which have done so.

For some pundits, like conservative George F. Will, there is nothing to be worried about here. As he wrote in The Washington Post:

This we do know: Presidential majorities are built by the electoral college as it has evolved, adapting to the two-party system. The electoral college gives the parties a distribution incentive for achieving geographical and ideological breadth while assembling a coalition of states . The electoral-vote system, combined with the winner-take-all allocation of the votes in 48 of the 50 states (all but Maine and Nebraska), serves, as scholar Herbert Storing said, “to drive all interests into one of two great parties.” This discourages a destabilizing proliferation of small ideological parties and encourages the two parties “to cast their nets very widely.”

Here is the counterpoint to that argument: For a democratic government to be credible, it must first and foremost anchor its legitimacy in the will of the people being governed.

When the Electoral College was established in the Constitution, it was at a time when America's leaders did not really believe in democracy in the truest conception of that term. Women weren't allowed to vote; in many states, property ownership requirements barred many poor Americans from voting; African Americans weren't only barred from voting, but more often than not lived as slaved without any political rights at all.

Over time each of these restrictions on the franchise was removed and, in the process, Americans realized that the founding fathers who created these rules weren't infallibly wise or even genuinely faithful to the underlying logic of democracy. Some of the injustices that occurred as a result of our founding fathers' moral failures were far graver than others (with slavery easily being the worst of them all, far and away), but all of them need to be rectified for America to live up to its own professed ideals.

Such is the bottom line reality of the electoral college. If America is to be led in a democratic fashion, then the presidential candidate who wins the most votes must without question become America's next president. Otherwise, more presidents of questionable legitimacy like Bush and Trump will continue to wreak havoc on our political life.

Here is the trending news story of the day that you should check out!