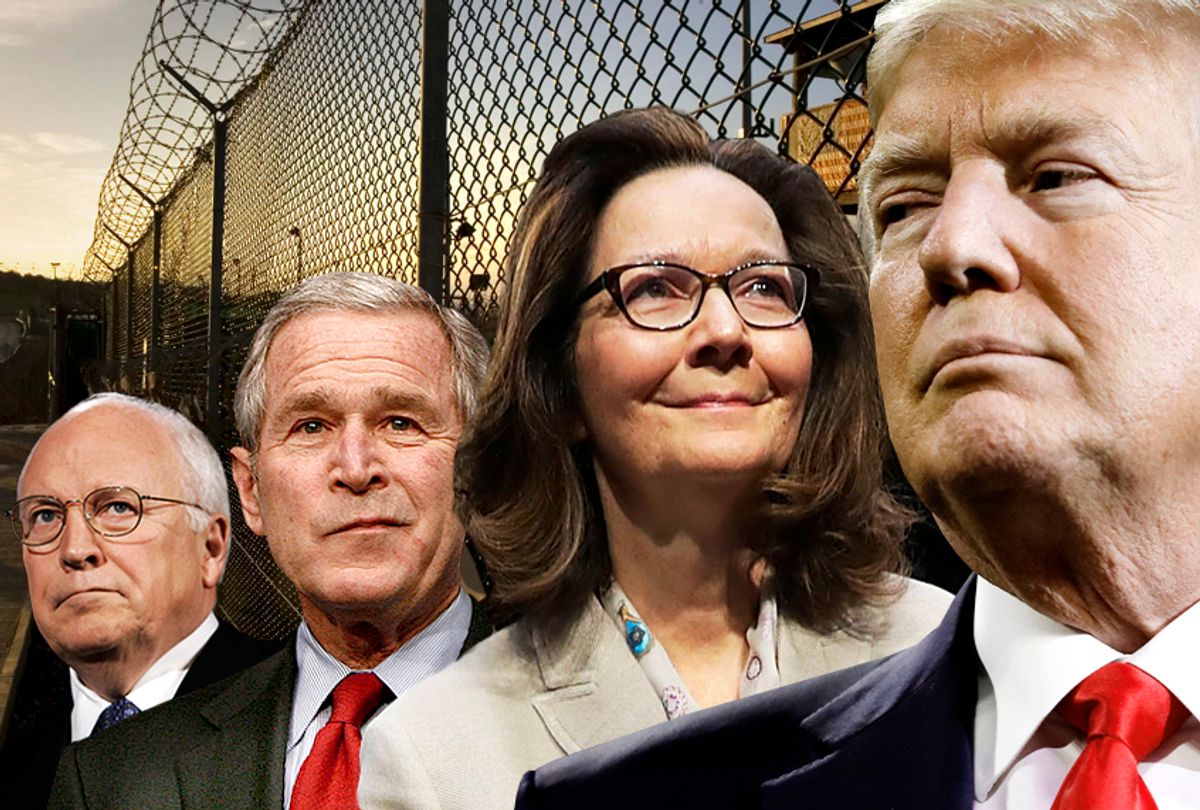 Gina Haspel, the acting director of the Central Intelligence Agency who hopes to acquire that job permanently, has sent a letter to the ranking Democrat in the Senate Intelligence Committee hoping to overcome her controversial past.

"As Director, I would refuse to undertake any proposed activity that is contrary to my moral and ethical values," Haspel wrote to Sen. Mark Warner, D-Va., who serves as vice chairman of the committee, CNN reported on Tuesday. "As I was able to describe in detail during the classified session, in my role as Deputy and now Acting Director, every operation I review must not only meet those high standards, the activity must also be consistent with CIA's mission, expertise, and the law. I do not and would not hesitate to reject a proposal that fails to meet this threshold. The American people have placed a great deal of trust in CIA, and we work to earn that trust every day."

The reason Haspel alluded to "moral and ethical values" is that she has attracted considerable controversy over her past involvement in torture. Because much of her career has been undercover, it is unclear exactly how much Haspel was involved in torture in the past. That said, it is clear that she at least had a supervisory role in torture that occurred at an American facility in Thailand, one that involved waterboarding, slamming people against walls, stripping suspects naked and keeping them in coffin-like boxes for hours at a time. Later, when the controversy over President George W. Bush's use of torture began to morph into a scandal, she drafted a cable which was sent to personnel in Thailand to destroy videotapes chronicling her work.

Haspel's involvement in torture has managed to attract the opposition of one of the Senate's most revered Republicans, Sen. John McCain of Arizona. In a statement published last week, McCain argued that "like many Americans, I understand the urgency that drove the decision to resort to so-called enhanced interrogation methods after our country was attacked. I know that those who used enhanced interrogation methods and those who approved them wanted to protect Americans from harm. I appreciate their dilemma and the strain of their duty. But as I have argued many times, the methods we employ to keep our nation safe must be as right and just as the values we aspire to live up to and promote in the world."

Haspel seemed to directly respond to McCain's statement in her letter to Warner.

"Over the last 17 years, the Agency and I have learned the hard lessons since 9/11," Haspel wrote. "While I won't condemn those that made these hard calls, and I have noted the valuable intelligence collected, the program ultimately did damage to our officers and our standing in the world. With the benefit of hindsight and my experience as a senior Agency leader, the enhanced interrogation program is not one the CIA should have undertaken. The United States must be an example to the rest of the world, and I support that."

One of the most prominent organizations to oppose Haspel's nomination, the American Civil Liberties Union, was not convinced by Haspel's attempt to move past the controversy over her involvement in torture.

"Once again, Gina Haspel has continued to refuse to even acknowledge her own role in the torture program," Christopher Anders, deputy director of the ACLU's Washington Legislative Office, told Salon. "She went through an entire hearing without acknowledging that she had a personal role in the use of torture and a personal role in the interrogation program. And she is a person who has acknowledged that she was in charge of making the decision about what documents are publicly disclosed about the torture program, and she has refused to declassify or release even a single document that really speaks to her own role in the torture."

Anders was also skeptical that Haspel's letter constituted any kind of meaningful acknowledgment that she wasn't going to promote or condone the use of torture in the future.

"She continues to refuse to answer the basic question that Sen. [Kamala] Harris had asked her, was whether she views it as wrong," Anders told Salon. "It was an important part of Sen. McCain's objection to her nomination, was her refusal to say that what took place was wrong. And she continues here to say that it's not wrong. She says the CIA shouldn't do it again. She says that the program damaged officers and the reputation of America, but that's a different thing than saying that the program itself was wrong."

He added, "So she has continues to not answer the question that Sen. Harris had of her, not address the concern that Sen. McCain has of her not acknowledging that the torture program was wrong, and then on top of that she's not even acknowledging that she herself had a significant role in the use of torture."

If confirmed, Haspel would be the first woman to ever head the CIA, a milestone that Trump himself seemed to tout in a tweet that attacked those criticizing her candidacy.

Because two Democratic senators have already backed her nomination, Sens. Joe Donnelly of Indiana and Joe Manchin of West Virginia, it is very unlikely at this point that she will be spurned by the Senate. The only Republicans currently opposing her are McCain and Sen. Rand Paul of Kentucky, but unless two more Republicans decide to not vote for her, her confirmation appears to be certain.

“I believe she is someone who can and will stand up to the President if ordered to do something illegal or immoral — like a return to torture,” Senate Intelligence Committee Vice Chairman Mark R. Warner, D-Va., announced on Tuesday. The Washington Post reported that Democratic Sen. Heidi Heitkamp of North Dakota soon added her vote of support, noting that "Haspel explained to me that the agency should not have employed such tactics in past and has assured me that it will not do so in the future.”

As the sometimes conservative columnist Richard Cohen wrote in The Washington Post on Monday, this would not be a good thing for America.

"If America uses torture in what it considers special circumstances, then others will use it as they feel fit," Cohen observed. "The rejection of Gina Haspel by the Senate would demonstrate in the age of Trump where America stands. Her competence is not the issue. Her moral standing is."

Check out the major news stories of today!