Harvey Weinstein is being investigated by federal prosecutors 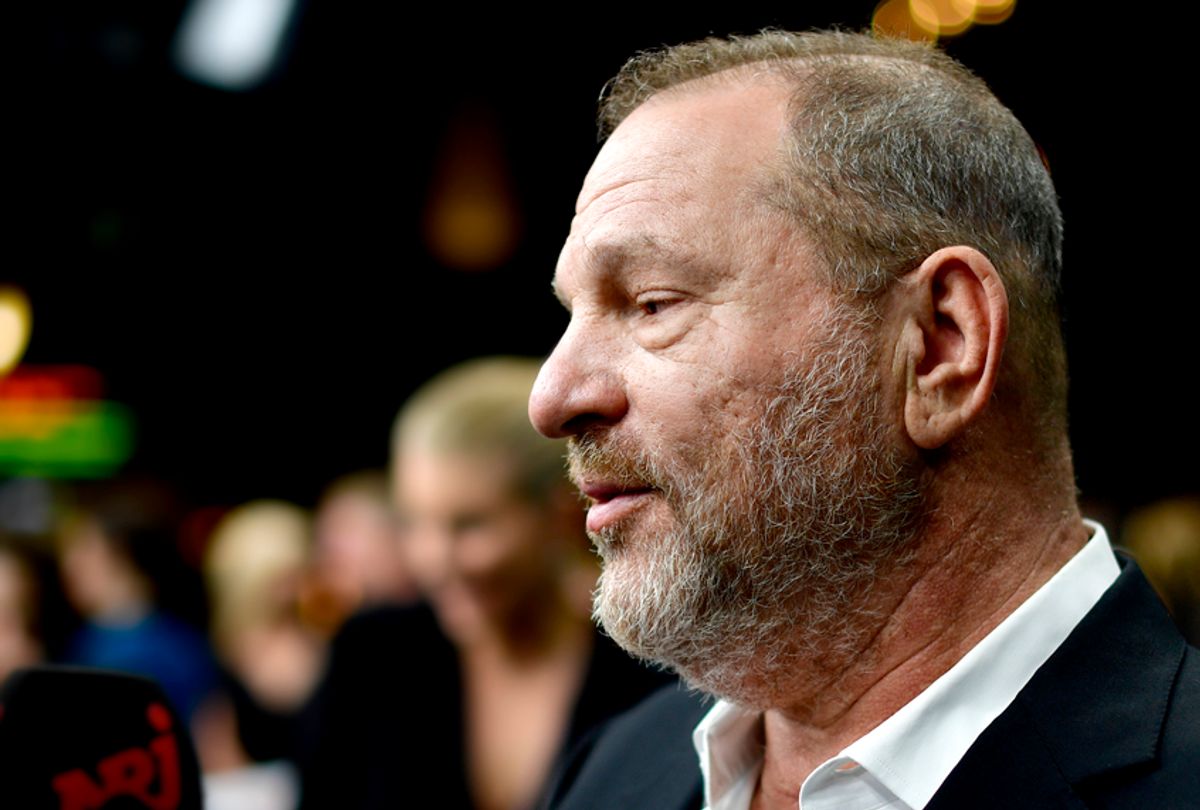 Harvey Weinstein is being investigated by federal prosecutors in Manhattan for sex-abuse allegations, the Wall Street Journal reported. According to people familiar with the investigation, "The U.S. attorney’s office for the Southern District of New York is examining whether Mr. Weinstein lured or induced any women to travel across state lines for the purpose of committing a sex crime," the Wall Street Journal said. If true, the claims could result in federal charges for Weinstein.

This federal investigation adds to the local inquiry by the New York Police Department, which has been investigating Weinstein for claims of sexual harassment and assault since October 2017. Two investigations into sexual assault accusations against Weinstein were filed in Los Angeles in January. And a lawsuit was filed against The Weinstein Co. by the New York Attorney General claiming Weinstein's former production company violated New York civil rights, human rights, and business laws.

The disgraced Hollywood producer has been accused by dozens of women of sexual harassment, sexual abuse, sexual assault and rape. Weinstein's lawyer told the Journal that he met with federal prosecutors in Manhattan "in an attempt to dissuade them from proceeding." He added, "Mr. Weinstein has always maintained that he has never engaged in nonconsensual sexual acts."

Manhattan federal prosecutors were already investigating alleged fraud related to financial transactions orchestrated by Weinstein for a charity auction, the Journal reported, but the expansion to include possible sex crimes is a new development.

For the local investigation, there has been some tension between police and the Manhattan district attorney's office for what some officials see as the office dragging its feet.

"How much longer can they let it linger?" Michael Bock told the Journal, who investigated Weinstein when he was a supervisor for the New York Police Department’s Special Victims Division before retiring last year. "We believe he should be arrested."

Further, two NYPD officials told the Journal that the NYPD is prepared to arrest Weinstein, and is just waiting for confirmation from Manhattan District Attorney Cyrus Vance Jr. His office became notorious for deciding not to charge Weinstein for a sexual assault charge in 2015. In March, Gov. Andrew Cuomo directed the New York attorney general to look into the way Vance's office handled the investigation.

Since the New York Times and New Yorker exposés, which brought the accusations against Weinstein into the national spotlight, Weinstein has been expelled from both the Academy of Motion Picture Arts and Sciences and his production company, which recently filed for bankruptcy.