NYPD: "We have an actual case" against Harvey Weinstein for rape

UPDATE: Authorities told the press late Friday that they are working towards an arrest warrant for the producer 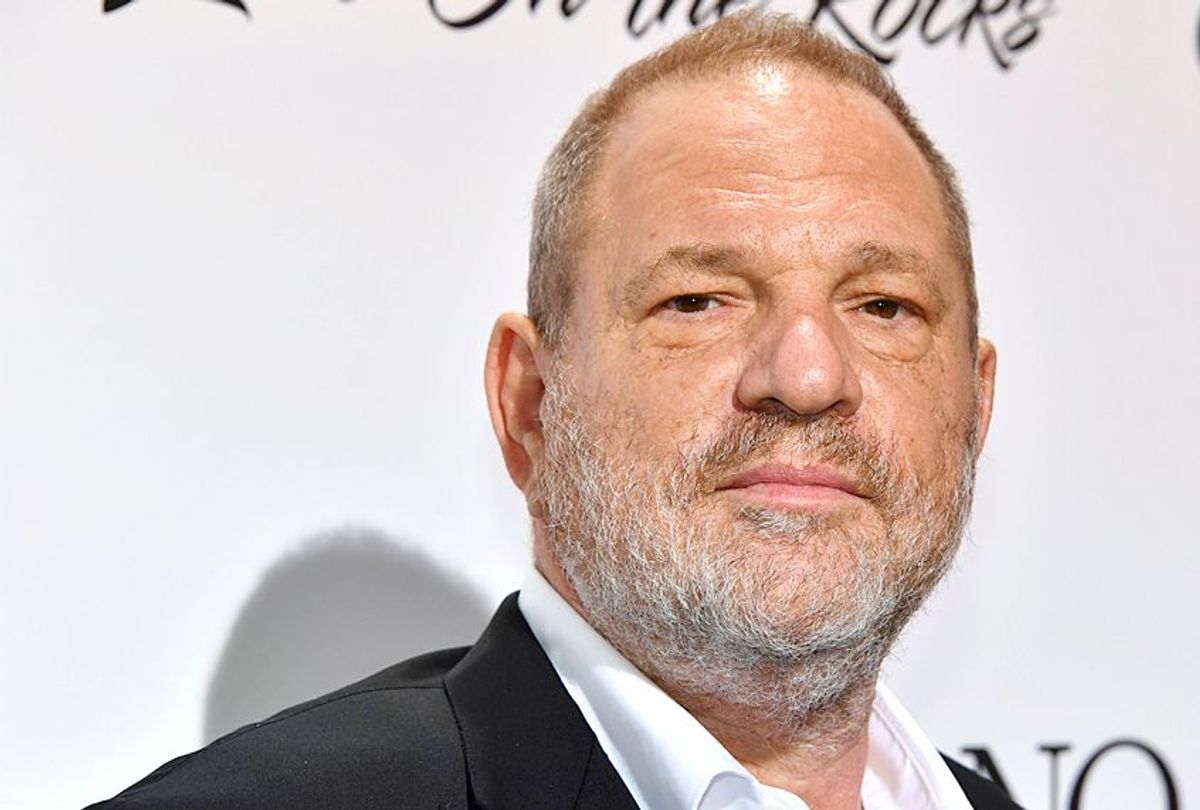 Update, 5 p.m. ET: Speaking for the NYPD, Chief of Detectives Robert Boyce announced Friday afternoon investigators had interviewed actor Paz de la Huerta regarding her allegations that Harvey Weinstein raped her in 2010, charges discussed further down in this article. According to The Hollywood Reporter, Boyce said de la Huerta "put forth a credible and detailed narrative to us. Then we sought to garner corroboration . . . and we found it." Boyce added that if Weinstein were in New York City at this time and the incident in question were more recent, the NYPD would "go right away and make the arrest. No doubt." He says his department is currently "gathering evidence" for a warrant and that they are "are happy with where the investigation is right now."

After a New York Times exposé was published last month and dozens of other accusations followed in its wake, Hollywood film mogul Harvey Weinstein was fired from his company and expelled from The Academy of Motion Picture Arts and Sciences, the group that awards the Oscars.

Beyond the industry and public-relations fallout, however, Weinstein faces 16 criminal investigations into his alleged sexual misconduct in three different jurisdictions.

Authorities in New York, Los Angeles and London are known to be conducting inquiries at this time. New York's three investigations include allegations by Lucia Evans that Weinstein forced her to perform oral sex on him, as well as allegations by two other women — one in the early 2000s and one in 2010, according to the Los Angeles Times.

It is now known that the 2010 case is based off accusations leveled by actor Paz de la Huerta, who alleges that Weinstein raped her twice in her hotel room. "He pushed me on the bed ... and it happened all very suddenly," she told CBS News. De la Huerta added that she was not in any position to give consent at the time of the second alleged rape as she was intoxicated.

"A senior sex crimes prosecutor is assigned to this investigation, and the Office has been working with our partners in the NYPD since the new allegations came to light," reads a statement from the office of Manhattan District Attorney Cyrus R. Vance Jr. "As this is an active investigation, we will not be commenting further."

Weinstein denied the allegations via a spokesperson.

The LAPD is also investigating two sets of allegations, both from 2013. One concerns an Italian model and actress who alleges that Weinstein raped her in her room at the Mr. C Hotel in Beverly Hills. The details of the other case remain undisclosed, according to the LA Times, but they were described by a spokesman as involving "lewd conduct."

As well, there are reported 11 other investigations ongoing in London, where seven women have come forward with accusations of assault in a string of alleged incidents spanning from the 1980s to 2014, according to the LA Times.

The report states that nine of the 11 allegations occurred in the United Kingdom, specifically West London, Westminster and Camden. The other two investigations were transferred to their corresponding police departments. English actress and model Lysette Anthony is reportedly one of the women that made allegations against Weinstein stemming from an incident in the 1980s.

However, after speaking with a Loyola Law School professor and former criminal prosecutor Laurie Levenson, the LA Times reported that authorities in New York or Los Angeles, rather than those in London, "would be most likely to bring a case because Weinstein remains on American soil." Levenson also said that because many of the cases are years or decades old, it will likely be difficult to find physical evidence to support the survivors' claims.

Generally speaking, survivors of sexual assault often do not come forward immediately because they fear the consequences, whether they be the destruction of their careers or public ostracism. As well, there is wide distrust of the justice process in these cases.

Unfortunately, when survivors do wait to come forward, the corresponding investigations often become more difficult, making it is less likely that their assailants will face or be convicted on charges. This is reported to be at least part of the reason that Bill Cosby's recent sexual assault trial ended in a mistrial.

With more than 50 accusers and 16 ongoing investigations as of now, it might seem that Weinstein is bound to be found guilty of something. But Cosby, who had dozens of accusers, got off with only a significant a smear on his reputation, even though he admitted to "decades of philandering and to giving quaaludes to women to induce them to have sex," according to The New York Times.

Weinstein's reputation is similarly ruined, but will he end up behind bars? While many may want it so, history and experts suggest they shouldn't set their hopes aren't too high.