As Lupita Nyong'o accuses Weinstein of abuse, the LAPD opens an investigation

Again, the noose tightens on the producer 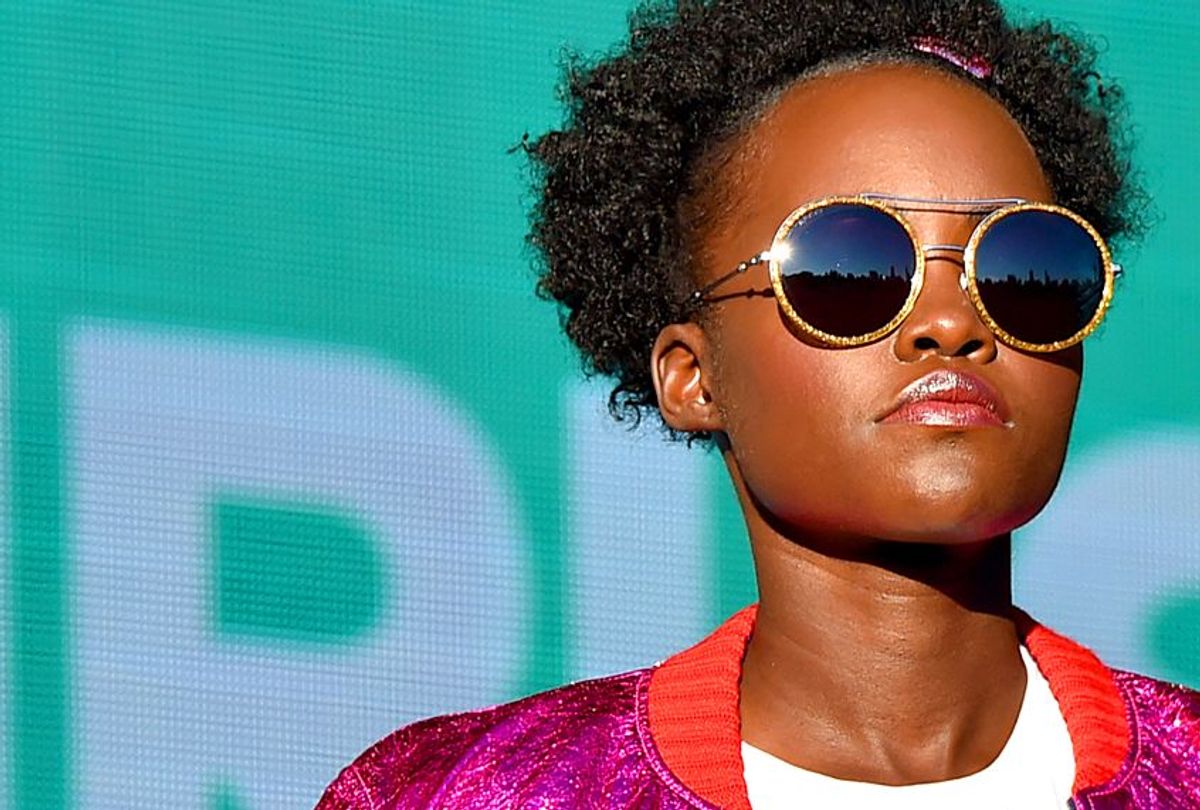 More and more news continues to surface regarding the numerous sexual assault and misconduct allegations against Harvey Weinstein. At this point, there upwards of 50 women accusing him of abuse, the Guardian reports.

One who just joined that chorus is Oscar-winning actor and writer Lupita Nyong’o. In an op-ed published in The New York Times Thursday, Nyong’o details unwelcome advances Weinstein made towards her both while she was a student and during her rising career.

“I had shelved my experience with Harvey far in the recesses of my mind, joining in the conspiracy of silence that has allowed this predator to prowl for so many years,” she writes. “I had felt very much alone when these things happened, and I had blamed myself for a lot of it, quite like many of the other women who have shared their stories.”

Similar to the accounts of many other survivors, Nyong’o describes a massage request and an aggressive invitation to join Weinstein in his hotel room instead of eating dinner in a restaurant.

“I told him I preferred to eat in the restaurant,” she wrote. “He told me not to be so naïve. If I wanted to be an actress, then I had to be willing to do this sort of thing. He said he had dated Famous Actress X and Y and look where that had gotten them.” When Nyong’o continued to refuse, she says, Weinstein abruptly ended the dinner, told her to leave and sneered about her career potential. She alleges that he would later harangue her about not working on his movies.

Elsewhere, director Quentin Tarantino, a longtime Weinstein creative partner who was dating actor Mira Sorvino when the producer allegedly harassed her, is now saying he regrets that he didn't speak out or intervene years ago according to a Thursday report in the Guardian.

“I knew enough to do more than I did,” he told the Guardian. “I wish I had taken responsibility for what I heard. If I had done the work I should have done then, I would have had to not work with [Weinstein].”

The director said he knew of the settlement with Rose McGowan and the “unwelcome advances” Weinstein made on Sorvino, but he chalked it up to infatuation rather than a pattern sexual harassment and assault, seemingly reluctant to accept what would happen to their partnership if he spoke out.

Also on Thursday, The New York Times published an audio recording of Canadian actress Erika Rosenbaum recounting her experience of harassment — both physical and psychological — by Weinstein.

“I told myself this is how meetings happen in Hollywood, and, just go with it,” Rosenbaum recalled of a “meeting” in Weinstein’s hotel room. She described her thought process when he asked for a massage: “I do a quick calculation and the option is: I go with it and get out relatively unscathed, or I humiliate the all-powerful Oz and I could be over before I’ve even begun.”

The fear she had of her career being ruined echoes many of Weinstein’s accusers. In another incident, Rosenbaum claims Weinstein grabbed her neck and masturbated in front of her, reports the Daily Mail.

As well, authorities seem be taking these allegations of sexual harassment and assault more seriously. The LAPD is now investigating a 2013 incident in which Weinstein allegedly raped an anonymous Italian actress, Variety reports. This comes on top of ongoing inquiries by police departments in both New York City and London.

The actress recounted Weinstein showing up uninvited at her hotel demanding to enter her room. He “grabbed me by the hair and forced me to do something I did not want to do. He then dragged me to the bathroom and forcibly raped me,” she said.

A spokesperson for Weinstein said that “Mr. Weinstein obviously can’t speak to anonymous allegations, but he unequivocally denies allegations of non-consensual sex.”

As for Weinstein himself, according to a source who spoke with Page Six he is spending his time in sex rehab claiming that there’s a vast conspiracy against him, using a cell phone against the rules and falling asleep during group sessions.

While other sources are denying these allegations, one does make it clear that he will no longer be attending these group sessions “for obvious reasons."