Dolezal, who changed her name to Nkechi Diallo, is accused of being overpaid a total of $8,847 from social services 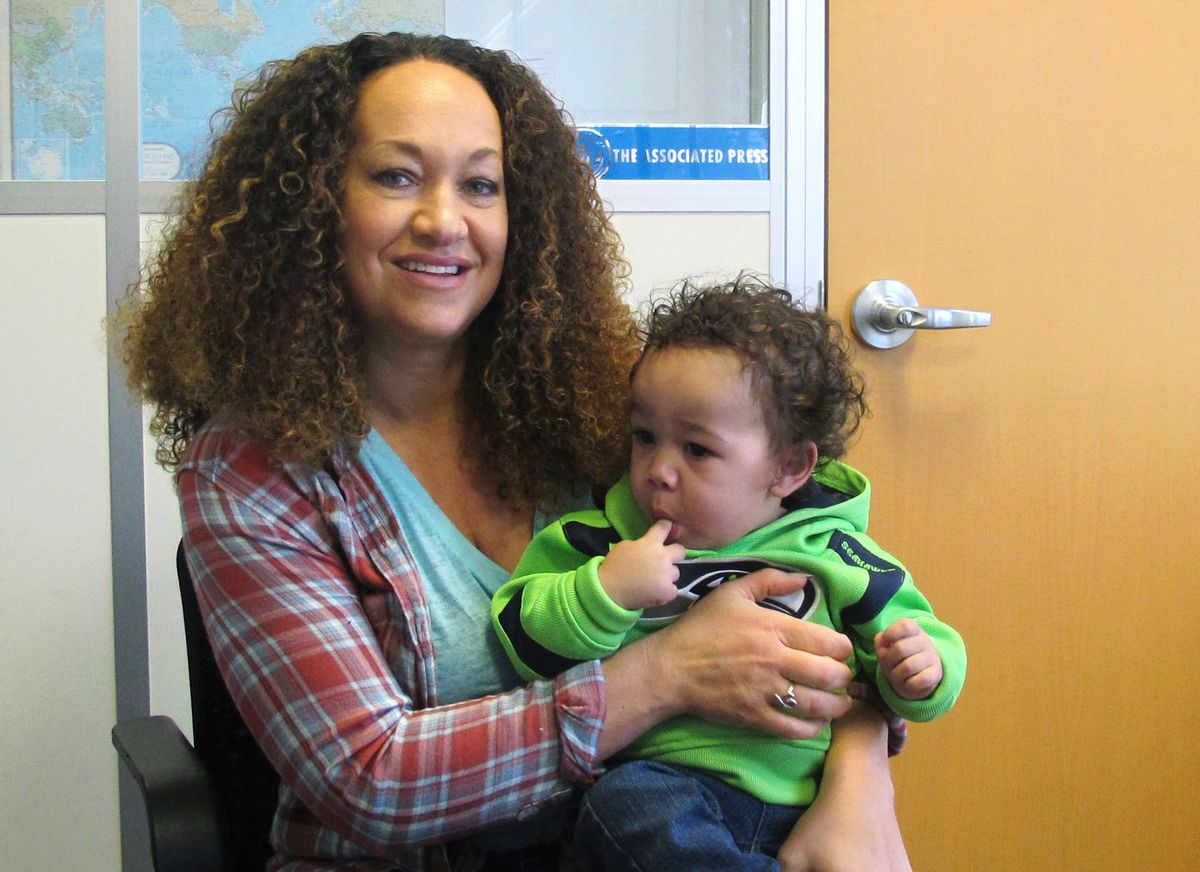 In this March 20, 2017 photo, Rachel Dolezal poses for a photo with her son, Langston in the bureau of the Associated Press in Spokane, Wash. Dolezal, who has legally changed her name to Nkechi Amare Diallo, rose to prominence as a black civil rights leader, but then lost her job when her parents exposed her as being white and is now struggling to make a living. (AP Photo/Nicholas K. Geranios) (AP)
--

Rachel Dolezal, the infamous former NAACP president of the Spokane, Washington chapter who officially changed her name to Nkechi Diallo in 2016, is facing felony charges for first degree theft by welfare fraud, perjury in the second degree and false verification for public assistance, according to the Spokane County Prosecutor’s office. If convicted, she could face up to 15 years in prison.

Diallo made national news when she was outed as a white woman by her family in 2015. For years, she told people she was black, which she still claims today despite being born white. Prior to her ouster, she was president of the NAACP chapter in Spokane and a part-time instructor at Eastern Washington University in the Africana studies department. Amid the controversy and outcry, Diallo stepped down from both of her posts.

While Diallo, a mother of three, changed her name, she is still commonly referred to as Rachel Dolezal in the media, where she has maintained a significant presence. She published an autobiography in 2017, "In Full Color: Finding My Place in a Black and White World" and did a massive press tour, including an interview at Salon. She was also the subject of the Netflix documentary, "The Rachel Divide," released this year.

Apparently, Washington state’s Department of Social and Health Services began an investigation into Diallo after learning that she had published a book; the sales were reportedly dismal. She had been receiving public assistance from the department.

"The investigator found that Dolezal’s book publisher typically offers contracts that include payments of $10,000 to $20,000 ― but a review of her records revealed that she’d only reported an income of $300 per month in the form of gifts from friends, according to court documents published by KHQ-TV," HuffPost reported. "The Spokane County prosecutor’s office accused Dolezal of being overpaid a total of $8,847 for food assistance and child care assistance from the state’s Department of Social and Health Services between Aug. 1, 2015 and Nov. 30, 2017."

During that same period, bank statements showed that approximately $83,924.96 had been deposited into Diallo's bank account, according to the investigation.

"The state of Washington seeks prosecution and restitution in this matter," court documents say. "In addition, the department requests Nkechi Diallo be disqualified from receiving Food Assistance for at least a 12-month period for breaking a food assistance rule on purpose. This is known as an intentional program violation."

Diallo now admits that she was born white, but she describes herself as "transracial" or "trans-black," attempting to compare her racial identity to trans people. (It's not the same thing.)

"Maybe we will evolve and grow, and racial fluidity will become a thing in 20 years?" she asked on Salon Talks last year. "I do hope that inclusivity does expand to all people of all stripes."

Diallo also denied the charge that with her continued media presence, her book and the new documentary profit from a stolen experience.

"People have constantly accused me of somehow profiting from my identity or exploiting this and it's, like, well, I'm very deliberately not exploiting myself further," she said. "It was also insulting to be accused of somehow exploiting the beautiful culture that I love and worked so hard to support and always will."