Vermont legislators pass a drug importation law. So what?

Here's what to expect from Vermont's new law, which intends to tackle constantly climbing prescription prices 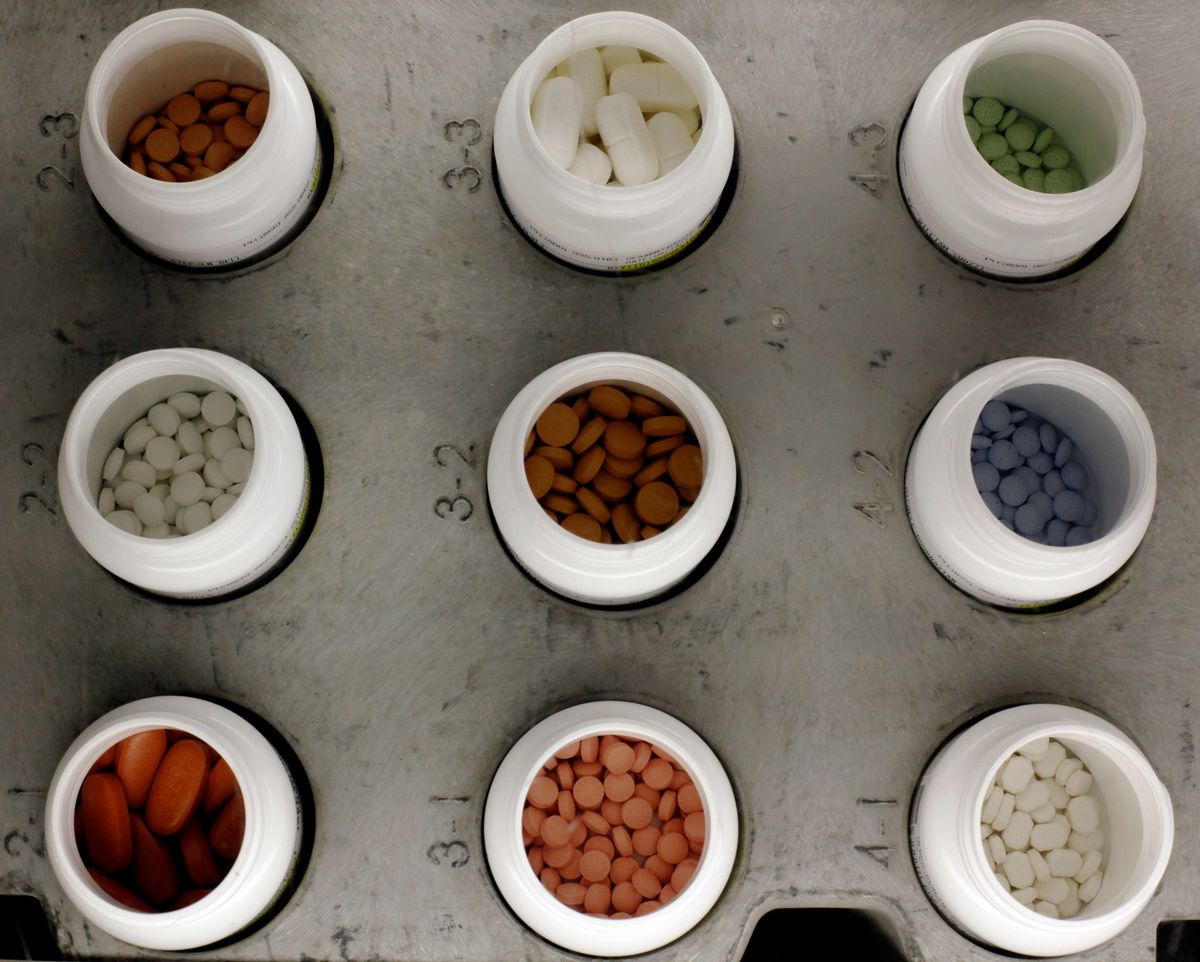 This week, Vermont passed a first-in-the-nation law that would facilitate the state’s importation of prescription drugs wholesale from Canada. It represents the state’s effort to tackle head-on the issue of constantly climbing drug prices.

Other states, including Louisiana and Utah, have debated similar legislation and are watching Vermont’s progress closely.

After all, the issue of drug importation polls well across the political spectrum and has been endorsed by politicians ranging from candidate Donald Trump, before he became president, to liberal firebrand Sen. Bernie Sanders, I-Vt.

Trump has since stepped back from his campaign position, and the White House did not include drug importation in its proposal last week to bring down drug prices.

And cautions abound that importation may not actually save that much money as questions swirl about whether the policy undermines drug safety standards.

Kaiser Health News breaks down the challenges that lie ahead for importation champions, and what it shows about the future of the drug pricing fight.

Just having a law like Vermont’s on the books is not enough to legalize importation. The next step is for the state to craft a proposal outlining how its initiative would save money without jeopardizing public health. The proposal, in turn, is then subject to approval by the federal Department of Health and Human Services.

HHS has had yea-or-nay power over state importation programs since at least 2003, because of a provision included in the law creating Medicare Part D. But it’s never actually approved such a plan. And — despite mounting political pressure — there’s little reason to think it will do so now.

In the past weeks, HHS Secretary Alex Azar has come out strongly against importation, calling it a “gimmick” that wouldn’t meaningfully bring down prices.

He also has argued that the U.S. government cannot adequately certify the safety of imported drugs.

Importation backers — including the National Academy for State Health Policy (NASHP), which helped craft Vermont’s bill and has worked with state lawmakers — hope he’ll reverse these positions. But few are optimistic that this will happen.

“I don’t expect that Vermont alone will be able to bring sufficient pressure to bear on Secretary Azar to convince him to change his mind,” said Rachel Sachs, an associate law professor at Washington University in St. Louis, who tracks drug-pricing laws.

A state’s importation program would also require buy-in from Canadian wholesalers. What’s in it for them?

Perhaps not much. Canadian wholesalers might stand to lose financially.

After all, pharmaceutical companies that market drugs in the United States might limit how much they sell to companies that have supply chains across the border. They could also raise their Canadian list prices.

“Almost inevitably, Canadians would cease getting better prices,” said Michael Law, a pharmaceutical policy expert and associate professor at the University of British Columbia’s Center for Health Services and Policy Research. “If I were a [Canadian] company, I wouldn’t want that to occur — and [drugmakers] could take steps to limit the supply coming north. … It probably results in [Canadians] getting higher prices.”

Vermont would still have to prove to HHS that its proposal would yield “substantial” savings. This  won’t be easy.

In fact, some analysts suggest savings would be limited to a narrow slice of the market.

Importation could bring down the price of some generics and off-patent drugs by increasing competition, suggested Ameet Sarpatwari, a lawyer and epidemiologist at Harvard Medical School who studies drug pricing.

Many generic drugs have also seen substantial price hikes in recent years — but curbing these costs is only part of the equation.

“It’s not a panacea for the drug-pricing reform or high drug prices as a whole,” Sarpatwari said.

Branded drugs, which drive much of the American problem with prescription price tags, are distributed by a single company and, therefore, that company has greater control over supply and pricing pressure.

Drug safety looms over the debate.

The worry, according to critics, is that American regulators can’t effectively determine whether imported drugs meet the same safety standards as those sold directly in the United States. A year ago, a bipartisan group of former Food and Drug Administration commissioners made that very argument in a letter to Congress.

Azar has argued this same point, as has the influential pharmaceutical industry, represented by the Pharmaceutical Research and Manufacturers of America.

“Lawmakers cannot guarantee the authenticity and safety of prescription medicines when they bypass the FDA approval process,” said Caitlin Carroll, a PhRMA spokeswoman, in a statement released on Vermont’s law.

This position, though, draws skepticism.

In cases of drug shortages or public health emergencies, the United States has imported drugs. And many Canadian and American drugs are made and approved under similar standards, Law noted.

“In terms of general safety, it is kind of nonsense. … We share plants,” he said. “The idea that Canadian drugs are somehow unsafe is a red herring.”

An argument in favor of plans like Vermont’s focuses on the idea that because the state would import drugs wholesale — rather than enabling individuals to shop internationally — it would be able to address concerns about safety or quality, Riley said.

Plus, Sarpatwari suggested, the government has resources to track drugs that come from Canada, especially if a drug were recalled or ultimately found to have problems.

“Our technology is catching up with our ability to do effective monitoring,” he said. “Particularly when it’s coming from a well-regulated country, I think there is less fear over safety.”

States have been leading the charge on addressing the drug price issue, but their efforts reach only so far.

The federal government has taken little action to curb rising drug prices — though HHS now says it plans to change that.

So far, state legislatures have been pushing for laws to penalize price gouging, promote price transparency or limit what the state will pay.

Vermont’s law, which is arguably meaningless without HHS’ say-so, is just one example.

Sarpatwari pointed to a request from Massachusetts to develop a drug formulary for its Medicaid insurance program — theoretically giving the state more leverage to negotiate cheaper prices by reducing how many drugs it’s required to cover.

That proposal also is contingent upon approval from HHS. The administration has been publicly silent, though some news reports suggest it leans toward rejecting the request.

Meanwhile, Sachs said Vermont’s law, and others like it, will challenge the White House to show its mettle in taking on drug costs.

“We’re seeing explicit actions by the states to put pressure back on the federal government,” Sachs said. “The administration is publicly committed to lowering drug prices. It is being asked to make decisions which will, in some ways, show how much it really is attempting to accomplish that goal.”