In the possum, the new animal meme du jour, the internet finds its soulmate

Move over, doggos: The internet's new favorite animal is pissed off and speaks in an umlaut-heavy slang 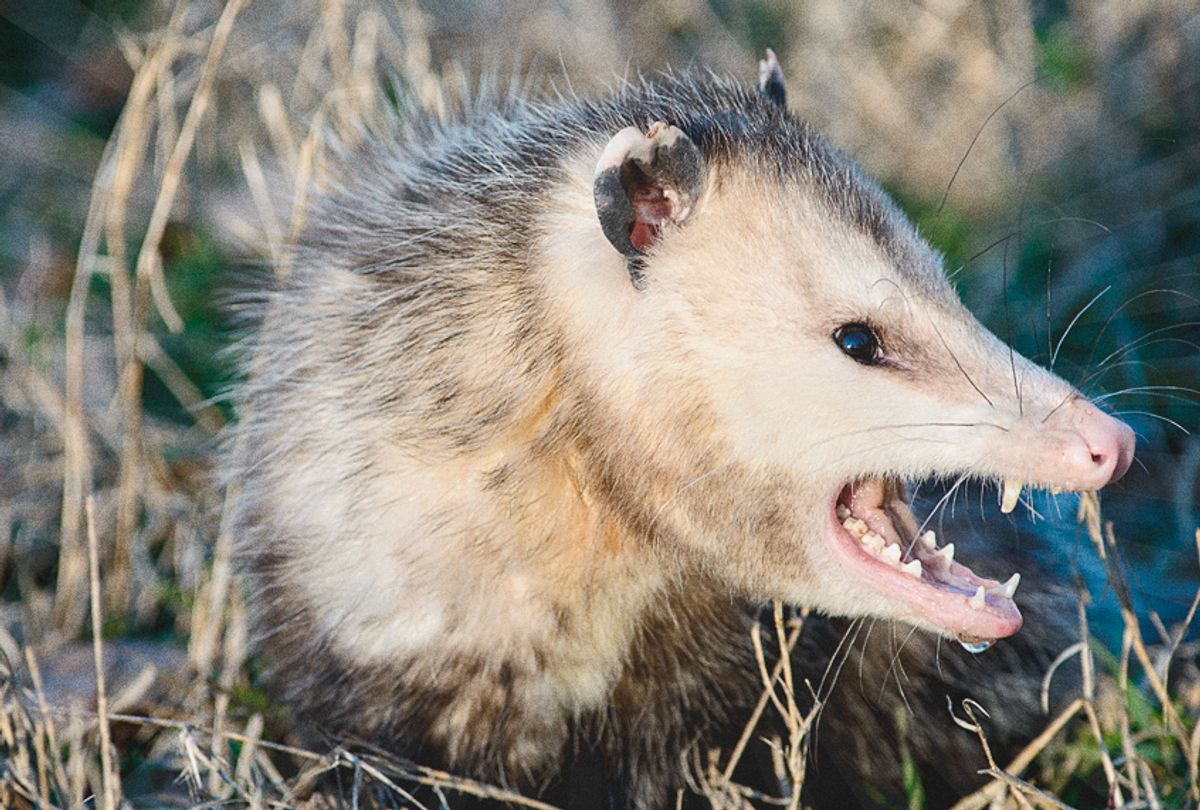 Anyone who spends time on the internet is aware of the prolific nature of dog and cat memes. Indeed, these household pets have become the internet’s unofficial mascots, with their own respective slangs — “lolcat” and “doggo” speak.

Now, the internet seems to have moved on to a new, more unusual animal meme du jour: the possum. Embittered, small, screaming at itself, his face wrapped in a perpetual grimace, the possum even has its own slang-talk — ”possum-speak” or "pösspeak," akin to doggo or lolcat tongues. It’s a weird animal to be so popular, granted, but its popularity might be related to our politics.

First, some background: One of the first viral possum memes, shared on Reddit in 2017, features a triptych of images of our furry friend, each accompanied by some descriptive text: “He have class / He give sass / But most importantly, he scream at own ass,” it reads. (Yes, in the final image, the possum does seem to be screaming at his ass.)

The six-pane image gained notoriety and several spinoffs, including a possum-ese rendition of the “Grease” song Summer Loving.

That specific tweet (which may not be original to that poster) has, to date, over 19,000 retweets and 39,000 likes. It is largely nonsensical, as many memes are, but the combination of rhyme and imagery seems to have struck a nerve online.

The possum is also making waves on Facebook; a page entitled “possumcore” has over 169,000 likes and shares possum memes daily. Recently, an image of a possum being interviewed struck a similar nerve and prompted hundreds of thousands of riffs, variations and digital nods of approval.

With over 45,000 followers, @own___ass is a major purveyor of possum memes while also contributing to the growth of possum meme slang. Generally, @own___ass posts consist of images of cute possums paired with wholesome pösspeak text, like “u make me a smïleyböy !” and “you can do anything if you take life one stëp at a time !”

Whether screaming at his own ass or suffering through a spastic interview, the possum appears perpetually uneasy, both mentally and physically. Given this, it seems inevitable that the possum would become a mental health advocate. Indeed, during Mental Health Awareness Month, the @own___ass account shared positive messages and encouraged people to donate to National Alliance for Mental Health.

I have two theories as to why millennials love sharing the possum meme. First and foremost, we identify with him. We’re frustrated, often miserable and altogether sorely misunderstood creatures fumbling through life trying to make sense of our own daily lived realities against the backdrop of global crises. There’s an underlying existential dread present in the possum’s ass-screaming and permanently stunned expressions. Often, you’ll find a possum meme about eating trash and wanting to get hit by a car accompanied by the phrase “big mood,” a self-deprecating joke about the nihilism that accompanies depression. The possum is going nowhere fast and doesn’t feel great, but he’s still just trying to do his best, bless him.

Like the possum, aren't we all just stumbling awkwardly through existence? The possum is not a traditionally “cute” animal, but his semi-frazzled presence is kinda adorable. It’s an anxious yet authentic animal, in other words — which is exactly why he’s so endearing.

Deidre Olsen is a Toronto-based digital marketer and writer whose work has appeared in Refinery29, New York Magazine’s The Cut, Brooklyn Magazine, Narratively, and more. Follow them on Twitter @deidrelolsen