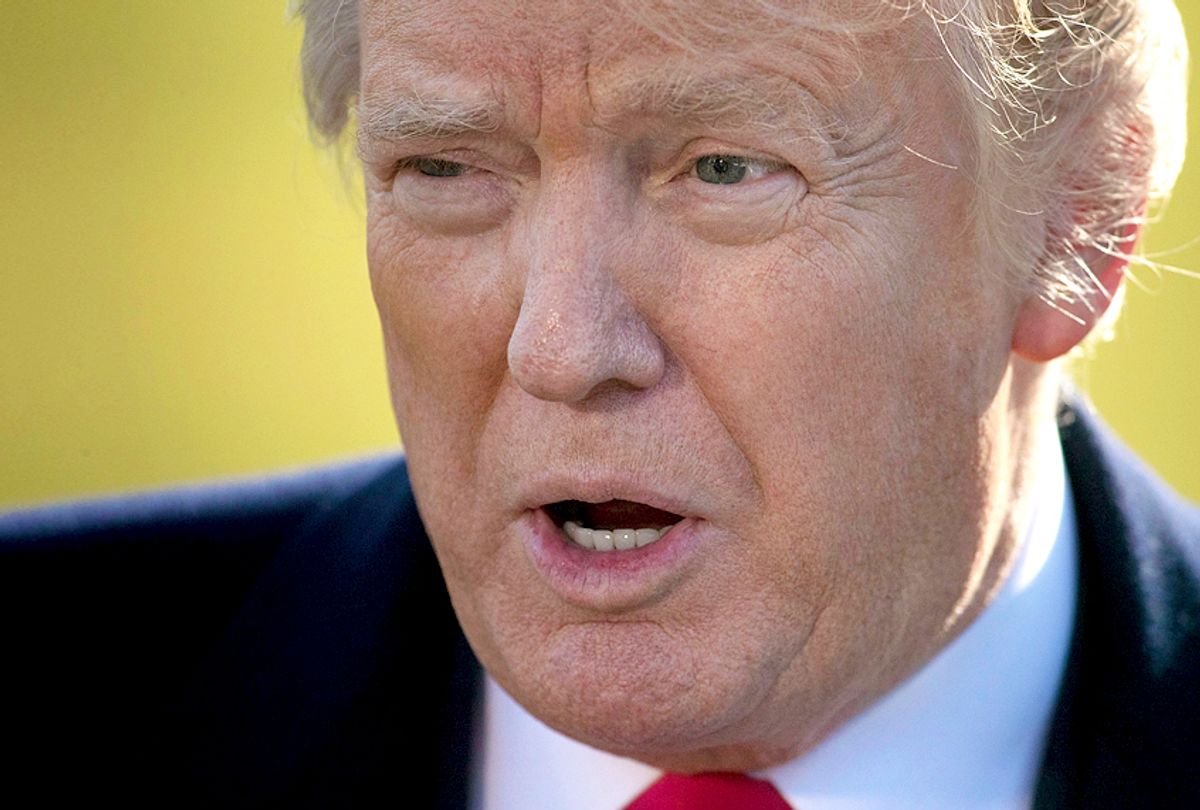 I spent last week at a conference in South Korea, during which time Trump went from seeking a meeting with Kim Jong Un to cancelling it, then suggesting it might be back on.

“What does Trump want?” South Korean officials at the conference kept asking me. Notably, no one asked what the United States wants. They knew it was all about Trump.

Trump’s goal has nothing to do with peace on the Korean peninsula, or even with making America great again. It’s all about making Trump feel great.

“They are respecting us again,” Trump exulted to graduating cadets at the Naval Academy last Friday. “Winning is such a great feeling, isn’t it? Nothing like winning. You got to win.”

In truth, the United States hasn’t won anything, in Korea or anywhere else. After fifteen months of Trump at the helm, America is far less respected around the world than it was before.

The only thing that’s happened is Trump is now making foreign policy on his own — without America’s allies, without Congress, even without the State Department. Trump may consider this a personal win but it hardly makes America safer.

Some earnest foreign policy experts are seeking to discover some bargaining strategy behind Trump’s moves on North Korea. Hint: There’s no strategy. Only a thin-skinned narcissist needing flattery and fearing ridicule.

Trump got excited about a summit with Kim when he thought it might win him praise, even possibly a Nobel Peace Prize. He got cold feet when he feared Kim might be setting Trump up for humiliating failure. Now he’s back to dreaming about the Prize.

The delicate balance in Trump’s brain between glorification and mortification can tip either way at any moment, depending on his hunches. All international relations become contests of personal dominance.

He rejected the 2015 Iran treaty for no apparent reason other than Obama had entered into it. Trump couldn’t care less that by doing so he has harmed relations with our traditional allies, who pleaded with him to stay in. And he’s undermined America’s future credibility. Why would any nation (including North Korea) enter into a treaty with the United States if it can break it on the whim of a president who wants to one-up his predecessor?

Ditto with the Paris climate accord. Obama got credit for it, so Trump wants credit for unilaterally sinking it.

Trump has demanded that America’s nuclear arsenal be upgraded. Why? Since 1970, the United States has been committed to nuclear nonproliferation. What changed? Trump. A more powerful arsenal makes him feel more powerful – “respected again.”

It’s not about American interests in the world. It’s about Trump’s interests.

Wonder why Trump promised to lift trade sanctions on ZTE, China’s giant telecom company? ZTE has been trading with North Korea and Iran, in violation of American policy. Everyone around Trump advised against lifting the sanctions.

Look no further than Trump’s personal needs. ZTE is important to China, and China recently pledged a half-billion-dollar loan to a project connected with Trump’s family business.

While we’re on the subject of high tech, why has Trump pushed the Postal Service to double the shipping rate it charges Amazon? I mean, isn’t Amazon important to America’s high-tech race with the rest of the world?

The most likely explanation is that the CEO of Amazon is Jeff Bezos, who’s also far richer than Trump. Bezos also owns The Washington Post, and the Post has been critical of Trump.

As you may have noticed, the man doesn’t like to be criticized. As Trump explained to Leslie Stahl of “60 Minutes” during his campaign, his aim is “to discredit you all and demean you all so when you write negative stories about me no one will believe you.”

Any halfway responsible president of the United States would be worried about Russian meddling in U.S. elections. Protecting American democracy is just about the most important thing a president does.

But Trump has turned the inquiry about the Russians into a “dark state” conspiracy against him. And he’s demanded that the Justice Department investigate the people who are investigating him.

If peace is truly advanced on the Korean peninsula, the Prize shouldn’t go to Trump. It should go to South Korean president Moon Jae-in, who has tirelessly courted the world’s two most dangerous megalomaniacs.