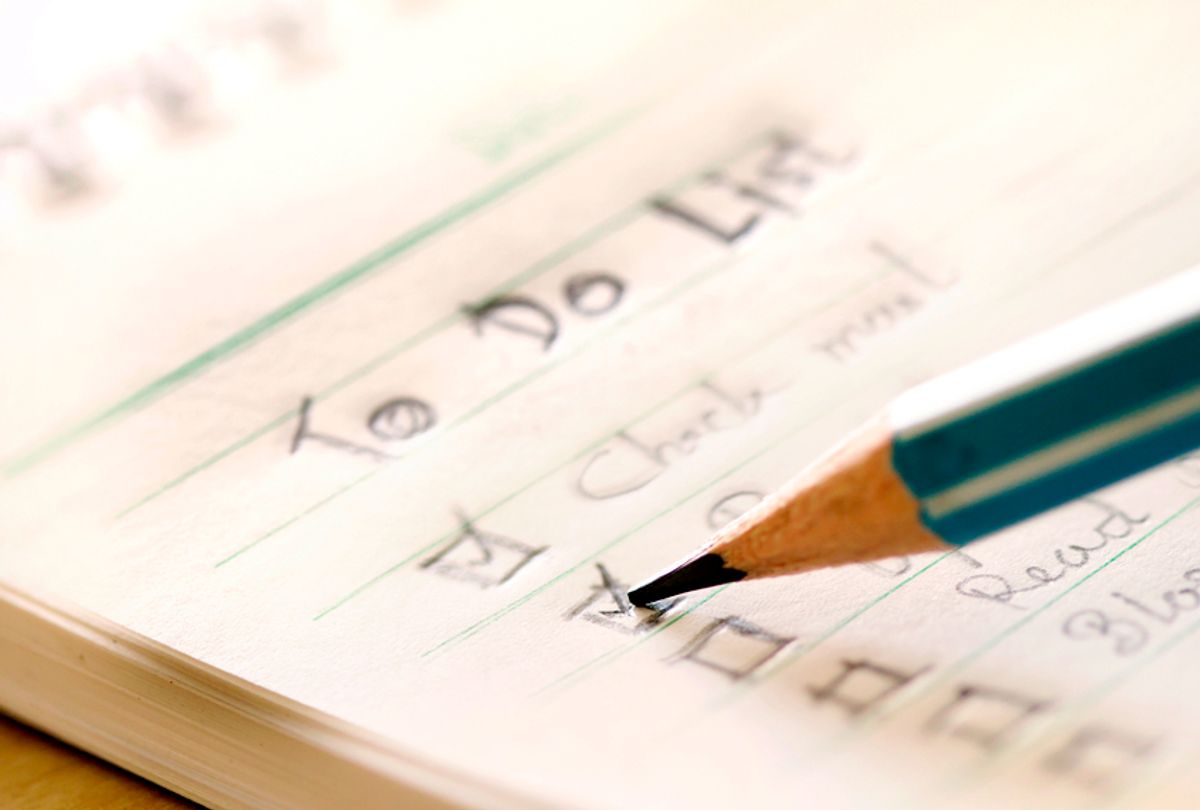 As depression rates for millennials rise, it is no wonder that mental health professionals around the world have made a career of researching millennials. Recently, a group of researchers at the University of Exeter zeroed in on the mental health effects of a Western social norm: setting goals.

Yes, as in life goals — the kind that most of us are encouraged to think about regularly in order to achieve an imagined notion of success — that dream job, lover, or house.

Yet the idea of setting goals has taken on a new meaning in the digital era, where using hashtags like #goals and #relationshipgoals have become normal on social media sites like Instagram and Twitter. For those unfamiliar, the use of "#goal" or its variations typically are used in social media posts where users share pictures that they believe depict something worth striving for. The concept is fundamental to much social media, which is frequently an aspirational medium.

“We know that striving for goals that are important to us gives life meaning and purpose and promotes wellbeing,” Professor Joanne Dickson of Edith Cowan University, who worked on the study, said. “However, when these goals generate conflict they can contribute to psychological distress.”

Another researcher on the study added that if the conflict of the goal is not brought into a person’s awareness, symptoms of anxiety and depression could be more likely.

“People with poorer mental health are more likely to report that their personal goals hinder one another,” Nick Moberly of the University of Exeter said. “Such conflict between goals may be more manageable if it is conscious. However, ambivalence may indicate a clash between a goal and a higher-order value that lies outside awareness.”

Jonathan Rottenberg, Ph.D., said the clinical significance of this study is unclear, and should be followed up on, but it does raise questions about realistic and unrealistic goal-setting among young people.

“I think more problematic than goal conflict or ambivalence is the setting of unrealistic goals,” Rottenberg wrote in an email to Salon. “There is at least circumstantial evidence that the spike of depression in young people has to do with their tendency to set extreme goals (I am going to be a reality TV star, supermodel, billionaire) that have a very low chance of fulfillment,” he added. It is possible the malestrom of self-aggrandizing, success-celebrating posts on social media sites creates a grass-is-greener mindset, which positions consumers to fiendishly pursue far more goals, and far more difficult goals, than is possible.

The inquiry into the phenomenon of setting goals dates back at least to the ancient Greek philosophers. Today, its examination is equally important, given that we live in a culture where success and materialism are inherently connected. Indeed, studies have debunked the widespread belief that money equates to happiness. Knowing this, many researchers devote themselves to understanding the science behind happiness, and precisely what does make us happy.

What is most perplexing about the study is the ambivalence conflict, which one can argue could be a repercussion of simply having too many options.

Mel Schwartz, a psychotherapist and author of “The Possibility Principle,” said the distress that stems from setting goals could also be a result of Western society’s desperate need to quantify everything. He recalled a question he received from a therapy client who asked “what are the measures of success in counseling?"

“We live in a culture that tries to quantify everything,” he said.

Schwartz added that it is society’s attachment to certainty that can also cause distress around modern-day goal setting. Expectations also should be considered, he explained. Most things are uncertain, as they should be. We need to accommodate some uncertainty in our lives to allow us to be resilient.

“If goals get too specific they put blinders on you,” he said. “The goal needs to have a permeability to it because it should be open to change, it should be permeable, because if you are living your life well your game plan should be adaptable.”

The motivation behind the desire to achieve something could also be distressing.

“We should be asking ourselves, 'why am I pursuing this goal?'” he told Salon.

“I marvel at this, the need to be recognized for what people share, which would otherwise be mundane pictures,” he said. “There is this need for recognition and acknowledgment that drives behavior; it's just a momentary fix of other-esteem and it doesn't last."

Kathy McCabe, a life coach who helps women with their life goals, said that in order to avoid conflict, goals should be aligned with one’s values.

“With my clients, I often see that it is their beliefs about their goal that may be contributing to their distress,” she added.

The stress and anxiety for goal-setting can also derive from patterns of instant gratification. Dr. Samoon Ahmad, M.D., Clinical Associate Professor in the Department of Psychiatry at New York University School of Medicine and the founder of the Integrative Center for Wellness in New York City, said in today’s Western culture, people are often acutely focused on the act of achieving.

“People in today’s society are having difficulty because they are looking in the short term, rather than the long term,” he told Salon. “The concept of instant gratification in today's culture, people are becoming devoid of that [reality] that sometimes you can’t get immediate results, goals require long-term fulfillment, patience, teaching and guidance.”

“If you establish a really long-term goal, it is not a dopamine booster,” he said.