What corporate jet would Jesus buy? 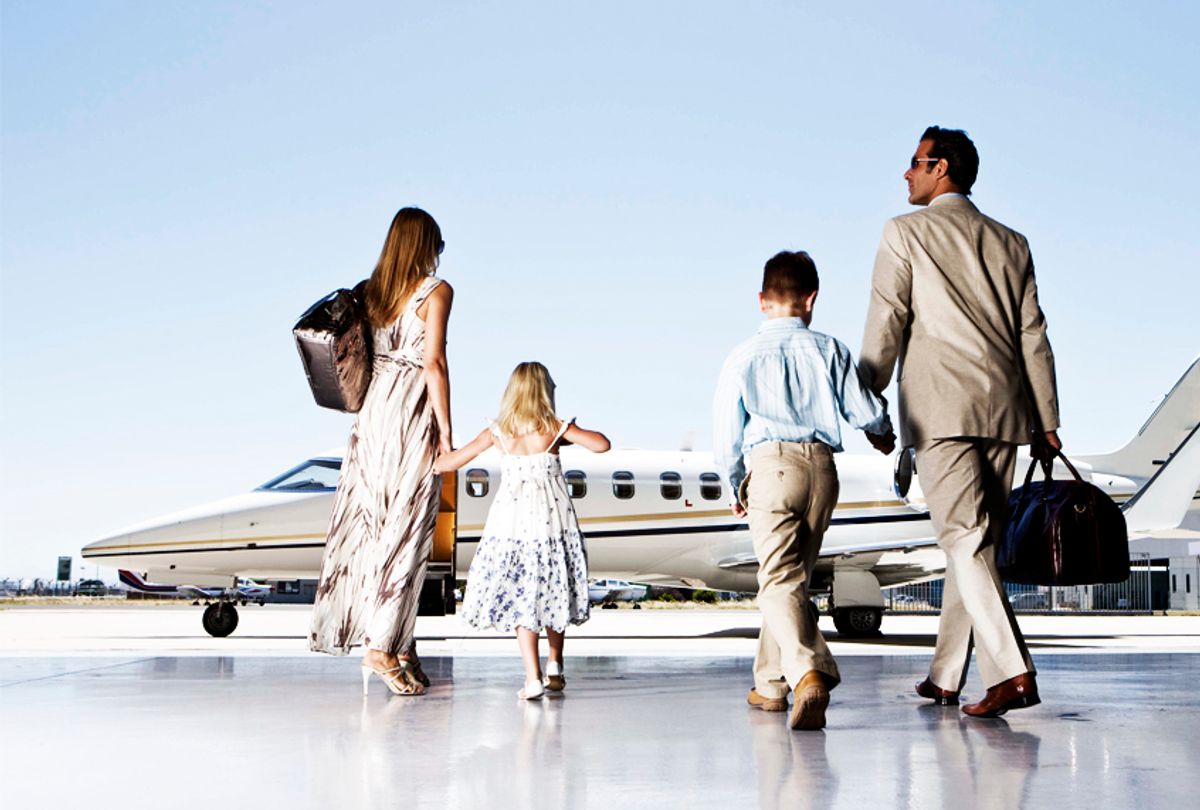 It turns out that a televangelist who preaches that good health and financial prosperity go to the most devout of Christians isn’t asking his congregants to give him the money to buy a new $54 million corporate jet.

Instead, Louisiana televangelist Jesse Duplantis said in a video posted Saturday to his church website that he’s merely asking his followers to join him in “believing” that God will to grant him a Dassault Falcon 7X aircraft.

“I'm not asking you to pay for my plane,” Duplantis said in the video, as first reported by the New Orleans Advocate. “I’ve owned three planes. I don’t have four planes right now. I don’t have a fleet of planes. I have one plane and I’ve had it for 12 years, this one. And we’re giving this one away, because we believe in God for the 7X to come in.”

Duplantis is head of Jesse Duplantis Ministries, which operates out of a 21-year old church just west of New Orleans. His church produces a weekly televised broadcast and peddles books and CDs under self-help-y titles like “The Ministry of Cheerfulness” and “A Merry Heart Doeth Good Like Medicine.”

Though it has a following abroad, this brand of Christianity, known as prosperity theology, is a uniquely American phenomenon with roots in the emergence of Healing Revivals ministers in the 1950s America and the New Thought movement. Prosperity theologians are closely aligned and sometimes overlap with the beliefs taught through Charismatic Christianity, which promotes the belief in modern miracles such as healing through faith.

Leaders from various Christian denominations, including from within the Pentecostal community, have long criticized the theology as irresponsible and idolatrous. Secular critics abound and routinely accuse these ministers of exploiting religious belief for personal enrichment.

Prominent leaders of the theology include Robert Gibson Tilton, Joel Osteen, Creflo Dollar and Kenneth Copeland. Both Copeland and Duplantis have defended their use of multi-million-dollar corporate jets. Earlier this year Copeland thanked his supporters for making the purchase of a Gulfstream V possible and asking for $2.5 million to upgrade the plane for international flights.

Perhaps Duplantis, the mansion-dwelling head of his eponymous ministries, needs a new set of wings (or probably not) but 12 years is not a very long time to operate a corporate jet. According to French aircraft manufacturer Dassault, 85 percent of all Falcons ever produced since the first one rolled off the assembly line in 1965, are still flying. Maybe Duplantis should ask his congregation to pray that he stick with the jet he had and maybe give more alms to the poor; God knows there arte plenty of them in Louisiana.