"There is no time to lose": Pope Francis warns oil executives on climate change

In a closed-door gathering with oil executives at the Vatican, Pope Francis asked them to act on climate change 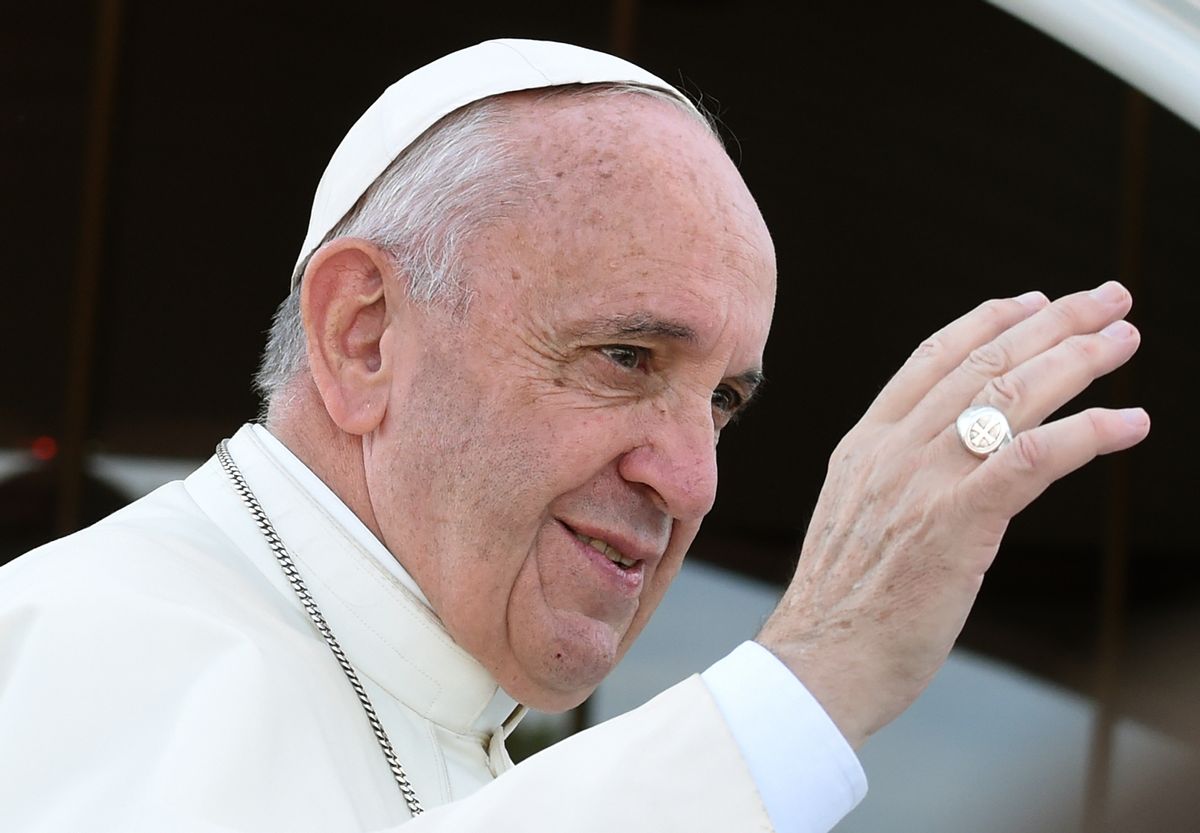 Pope Francis greets faithful as he arrives at the Shrine of Divine Mercy in Krakow, Poland, Saturday, July 30, 2016, on the fourth day of his visit to Poland. (AP Photo/Alik Keplicz) (AP)
--

In an address to dozens of top oil executives, investors and industry experts, Pope Francis brought attention to the existential threats posed by climate change, and the urgent action that was needed to combat the global crisis.

The leader of the Catholic Church offered an appeal as to why oil and gas conglomerates should, at long last, confront those threats, even as the Trump administration has accelerated an agenda in the opposite direction: Time is of the essence.

"The energy question has become one of the principal challenges, in theory and in practice, facing the international community," Francis explained in a closed-door gathering at the Vatican on Saturday. "The way we meet this challenge will determine our overall quality of life and the real possibility either of resolving conflicts in different areas of our world or, on account of grave environmental imbalances and lack of access to energy, providing them with new fuel to destroy social stability and human lives."

He continued, "There is no time to lose: We received the earth as a garden-home from the Creator; let us not pass it on to future generations as a wilderness."

The pope went on to state that efforts by big oil companies to develop "more careful approaches to the assessment of climate risk" were "commendable." However, he also questioned whether or not that progress was enough.

"Progress has indeed been made. But is it enough? Will we turn the corner in time?" Francis asked. "No one can answer that with certainty, but with each month that passes, the challenge of energy transition becomes more pressing."

Francis said that poverty and the environment were the two great needs in the world today, and he invited those in attendance "to be the core of a group of leaders who envision the global energy transition in a way that will take into account all the peoples of the earth, as well as future generations and all species and ecosystems."

The pope has long spoke out about the dangers presented by climate change, and has all but explicitly criticized President Donald Trump for withdrawing the U.S. from the Paris climate agreement. The Trump administration, however, has firmly chosen to spearhead an agenda that is not only neglectful of the environment, but also knowingly causes more damage to it.

Scientific policy advisement has, by and large, become a scarce commodity inside the White House under Trump, as he has become "the first president since 1941 not to name a science adviser, a position created during World War II to guide the Oval Office on technical matters ranging from nuclear warfare to global pandemics," according to a New York Times report.

The report also highlighted that the lack of scientific expertise inside the Trump administration comes at a time when nuclear diplomacy is needed, as the president will meet with North Korean leader Kim Jong-un in Singapore on Tuesday. When Trump first took office, the two exchanged nuclear threats for months.