In a move that only further distanced the U.S. from its allies, Trump slammed Trudeau as "weak" 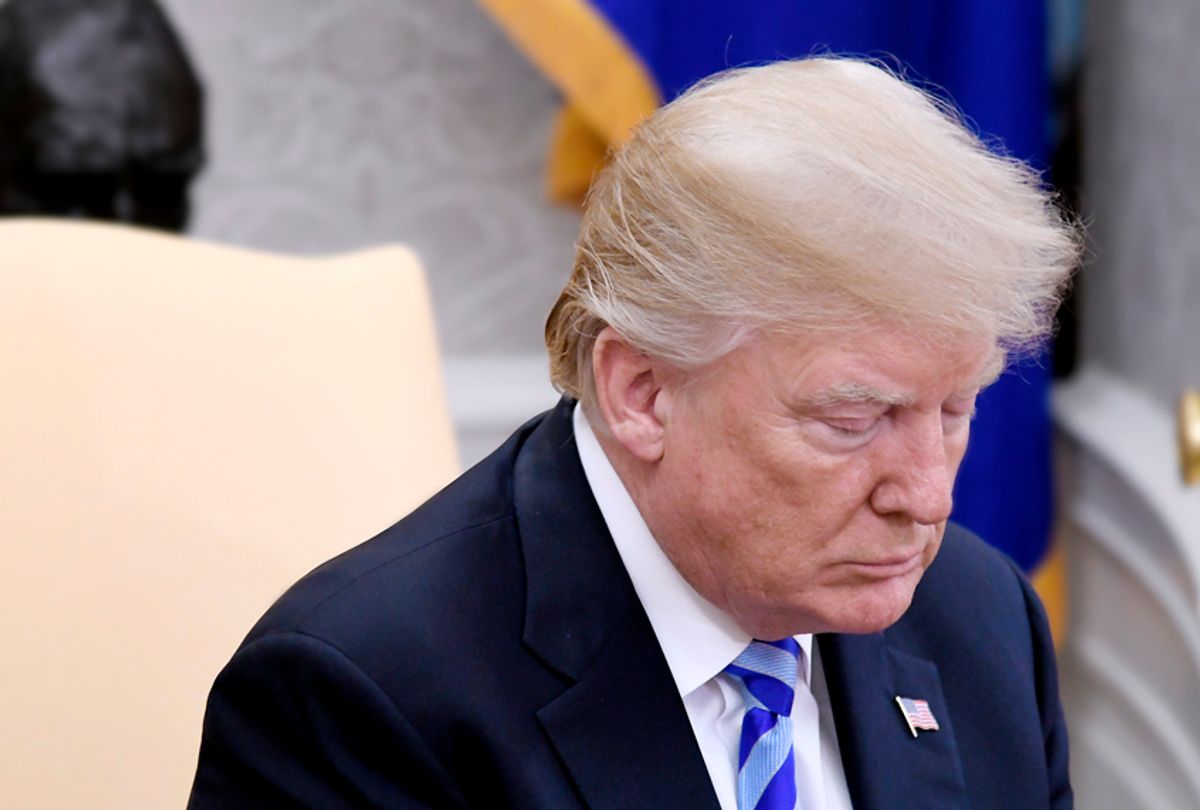 In a move that only deepened the divide between the United States and its closest allies, President Donald Trump announced in a series of tweets on Saturday night that the U.S. would not endorse a G7communiqué, citing "false statements" from Canadian Prime Minister Justin Trudeau.

Trump derided Trudeau as "dishonest & weak" and also claimed that Canada was "charging massive Tariffs to our U.S. farmers, workers and companies."

Trump's tweets came only moments after Trudeau publicly announced a "very successful" G7 summit, as well as a joint communiqué, that was agreed to by all seven nations. Reporters on Air Force One were initially told the U.S. would sign the joint statement, but later learned the president had other plans when the plane refueled on the Greek island of Crete, according to the Guardian.

Cameron Ahmad, a spokesman for Trudeau, released a statement in response to Trump's Twitter antics which said, "We are focused on everything we accomplished here at the summit."

"The prime minister said nothing he hasn’t said before — both in public, and in private conversations with the President," the statement continued, according to the New York Times.

French President Emmanuel Macron's office released a statement that ensured that France and other European nations would stay committed to the joint communiqué. The statement also criticized Trump's decision and described it as "fits of anger."

"Let's be serious and worthy of our people. We make commitments and keep to them," a statement from Macron's office read, according to the BBC. "International co-operation cannot be dictated by fits of anger and throwaway remarks."

The G7 communiqué stated that leaders of the United States, Canada, Britain, France, Italy, Germany and Japan sought to achieve "free, fair and mutually beneficial trade and investment, while creating reciprocal benefits, are key engines for growth and job creation."

Trump, who showed up late to the G7 summit and departed early for Singapore where he is expected to join a historic meeting with North Korean leader Kim Jong-un, only seemed to sabotage global economic diplomacy with his decision to not support the communiqué. Early on Saturday, Trump flaunted the idea that all tariffs on goods and services would be completely eliminated, which he said was "the ultimate thing." At the same time, however, Trump continued to rail against other countries' trade practices, which he said have been unfair to the U.S.

"It’s going to stop, or we’ll stop trading with them. And that’s a very profitable answer, if we have to do it," Trump said, the Times reported. "We’re like the piggy bank that everybody’s robbing — and that ends."

The president's decision for the U.S. to not sign the joint G7 statement further proves he is at odds with, or at the very least, somewhat isolated from the international community. During the course of his presidency, Trump has repeatedly made decisions that have put him at odds with America's European allies. Trump also went on to suggest that Russia, after being kicked out of the then G-8 in 2014 for annexing Crimea, should have its membership reinstated.

"I would rather see Russia in the G-8 as opposed to the G-7," he said, according to the Times. "I would say that the G8 is a more meaningful group than the G-7. Absolutely."

In particular it was one picture from the G7 summit that quickly stood out the most, and managed to capture what many saw as a metaphorical reference to America's increasingly isolated standing in the world.

Of course, Trump's extremely hawkish National Security Adviser John Bolton flaunted the image and used it to portray a show of strength and bravado.