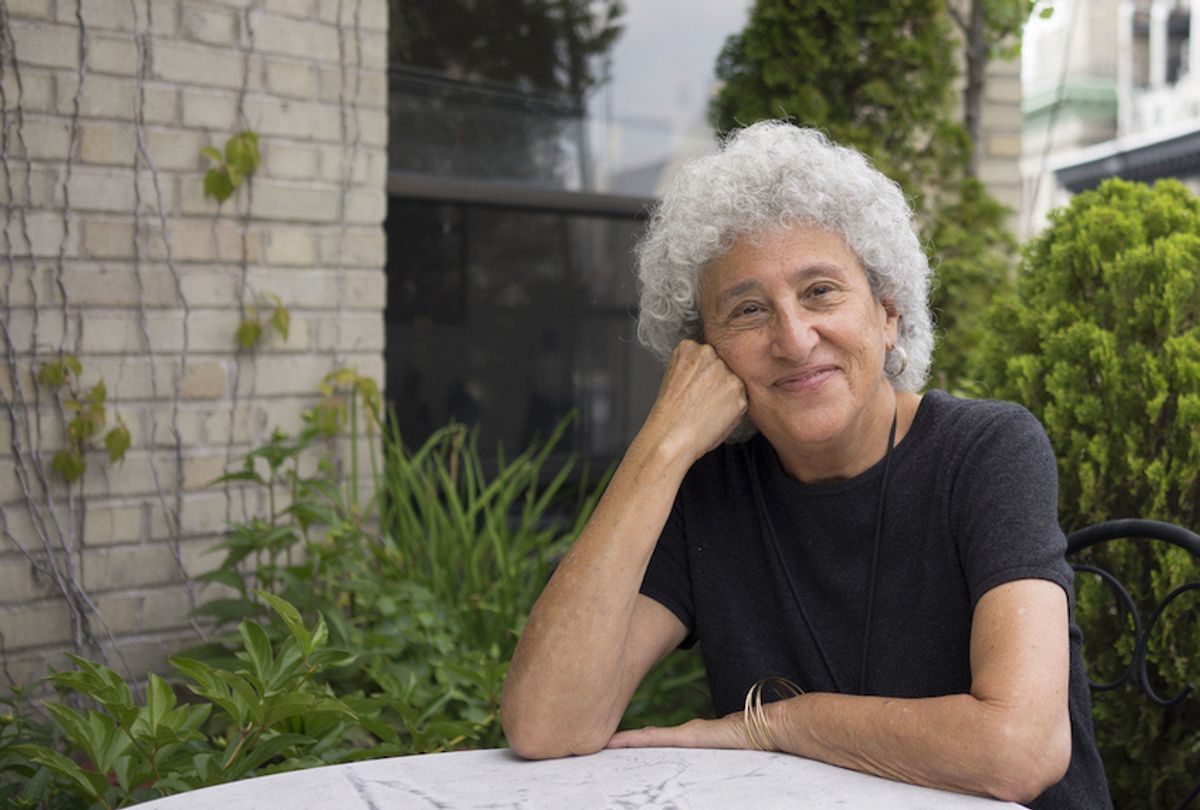 On paper, Marion Nestle has recently retired. But there’s no sign that the New York University (NYU) nutrition professor — and one of the leading voices on nutrition and the food industry — plans to slow down.

In April, NYU hosted an event series to celebrate Nestle’s 30-year legacy. When Civil Eats caught up with her a month later, she was in her university office, surrounded by shelves overflowing with books, awards, and clever knickknacks (a box of “Cap’N Corn Starch” cereal boasted “2 scoops of sugar in every bite!”).

Although she’ll be teaching fewer NYU classes, Nestle says she’ll continue talking, thinking, and writing about the food system, starting with her latest book, "Unsavory Truth: How Food Companies Skew the Science of What We Eat," which will be released in the fall. (It will be her seventh book about food, and she posts commentary on her blog nearly every day.)

“I’m not finished yet. I’m right in the middle of it,” said Nestle. “And I’m having so much fun.”

Read more Civil Eats: Europe’s Neonic Ban is a Big Step—But it Won’t Be a Cure-all for Bees

In the three decades since she pioneered the country’s first real academic Food Studies program at NYU, Nestle has had a hand in changing how food is studied, understood, and even — many would argue — produced. NYU’s program forged an interdisciplinary field that goes beyond nutrients and looks at food as a complex political issue, from field to fork. And while there are now Food Studies programs at many universities across the country, Nestle faced plenty of obstacles early on.

She remembers trying to convince the NYU provost of the value of food as a serious academic pursuit. “They thought we were crazy,” she says. Now, students are clamoring to study food. And, she adds, “it’s considered fabulous!” Along the way, Nestle (who is also a member of Civil Eats’ advisory board) has also been a first-hand witness to major shifts in how and what Americans eat. She recently sat down to talk about what has changed in 30 years and future of good food.

At one of the NYU events, you said that you think the biggest issues in food right now are undernutrition, overnutrition, and the effect of food production and consumption on the environment. Would you have had the same answer 30 years ago?

I think the environmental impact part was less understood. When the New York Times wrote about the [NYU Food Studies] program in 1996, Marian Burros interviewed Alice Waters, and Alice Waters said something like, “I don’t understand — where’s agriculture in this program?” And I thought that was ridiculous. Where did she think we were going to be doing agriculture in Washington Square? But of course she was absolutely right, as she almost — well, I think — always is.

And we [now] do have agriculture in the program because it’s obvious that if you’re going to deal with the issues that food represents, you’ve got to do it in a systematic way, going from production to processing to consumption to the big issue these days, which is “How do you deal with food waste?” So all of those are connected, and you can’t really study one without studying all the rest of it.

Academia understands those connections, but there’s surprisingly little overlap between people working on different issues in food, like nutrition, sustainable agriculture, and hunger. Often it seems they’re even at odds with each other.

That’s a huge issue. The food movement is very different from typical social movements in that it’s enormously fragmented. For example, it isn’t even that people are working on hunger, people are working on different kinds of anti-hunger advocacy. There have been attempts to try to do coalition-building, and they haven’t worked very well. One of the big flaws of the food movement is that every time there’s a new organization, that means there’s a new competitor for a very limited funding base.

You’ve written a lot over the years about how confused people are by nutrition advice. Now, it seems eating healthy is having a moment — it’s trendy.

Well that’s been the case for the entire time I’ve been involved in this! I went into nutrition in 1976. And everybody was saying, I remember quite vividly, “We want you to teach this nutrition class because there’s so much public interest in it.”

Three books had just come out. Frances Moore Lappé’s "Diet for a Small Planet," which is still in print, was cataclysmic in its impact. I mean, think about what she talked about in 1975: Eat less meat, and it’ll be good for health and the environment. You know, we’re still right there. And then Linus Pauling had come out with a book called "Vitamin C and the Common Cold," in which he advised everybody to take 10 grams a day of vitamin C. That has not held up so well, but there was a lot of public interest in vitamins and supplements at that time.

And then the third one: The Center for Science in the Public Interest had started a few years earlier, and one of the first books they published was a collection of readings called "Food for People, Not for Profit." I’m telling you, you could use that book today in a class and it would be just as relevant. It was a series of articles about hunger, obesity, and the role of the industry in our food supply. It’s an astonishing book.

I think there is much more interest now. It’s broader. Certainly there was not a huge college-age population . . . or there was no huge Millennial population that thought food was really important, and that was Instagramming food. So that’s new. It’s just bigger, but the issues are the same.

If we’ve been talking about the same issues for more than 30 years, why are people still so confused about what they should eat?

The food industry and agribusiness — and even many small farms — have one goal and that’s to sell more of whatever it is they’re making and to produce it at the lowest possible cost. That’s a business goal. And that’s inherently conflicting with public health goals. People would be healthier if they ate less — and better quality — food.

Read more Civil Eats: For the Homeless, There’s More to Eating than Food

That hasn’t changed, and the power dynamics haven’t changed, even though there’s this big consumer “movement.” I’m putting it in quotes because there’s a big argument about it. I think it exists … but critics of the movement, like Michael Pollan for example, said the movement doesn’t exist as a political force and that’s correct.

It exists as a bottom-up political force in the sense that the kinds of food choices that individuals make have a big impact on what companies are producing and how they’re marketing their foods. The whole “vote with your fork” thing, that really works, and companies have responded by taking out artificial things, labeling GMOs, producing gluten-free foods, and these days, making a big deal about waste, because it’s what the public is fussing about.

I have nothing good to say. I mean, all of it’s bad. A lot of the things seem really small, like the school lunch rules . . . and yet it’s part of a much bigger picture. I went through anti-hunger policies, anti-obesity policies, health policies, and environmental policies. There has been a whole series of measures that the Department of Agriculture has passed that make the food system less sustainable, not more. And we don’t know what’s going to happen with the farm bill, but it’s unlikely that it’s going to be anything that’s going to improve fruit and vegetable production, sustainable agriculture, or organic agriculture.

It sounds like you feel that many things are moving in the wrong direction. Are you at all optimistic about improving the food system?

I think where the optimism comes from is that there are so many young people interested in these issues. I teach food advocacy and I think there are ways to do food advocacy that are likely to be much more effective than others. There’s plenty to teach based on examples from other kinds of movements. I mean, we know what works in advocacy.

The Berkeley soda tax is a good example because they did everything by the book, and it was wildly successful. They had a goal; they had a strategy for reaching that goal; they had a strategy for encouraging allies to join them; they did door-to-door community organizing; and they got the vote out. That’s what you have to do. So if you teach students how to do this, hopefully they’re going to take it to whatever groups they’re working with.

The real question is: How do you get power in order to be able to do what you think is right? You don’t advocate just to advocate, you have to advocate for something, and you have to know exactly what that is. And getting power means people have to run for office and I know most students I talk to are appalled at the idea . . . because the electoral system is so corrupt and requires so much money. But if you do it at the local level, it’s still possible. You want better lunches in school? Join the school board. I think that’s what has to happen.