Trump backs off states that legalize marijuana: So why is Colorado still prohibiting access to some? 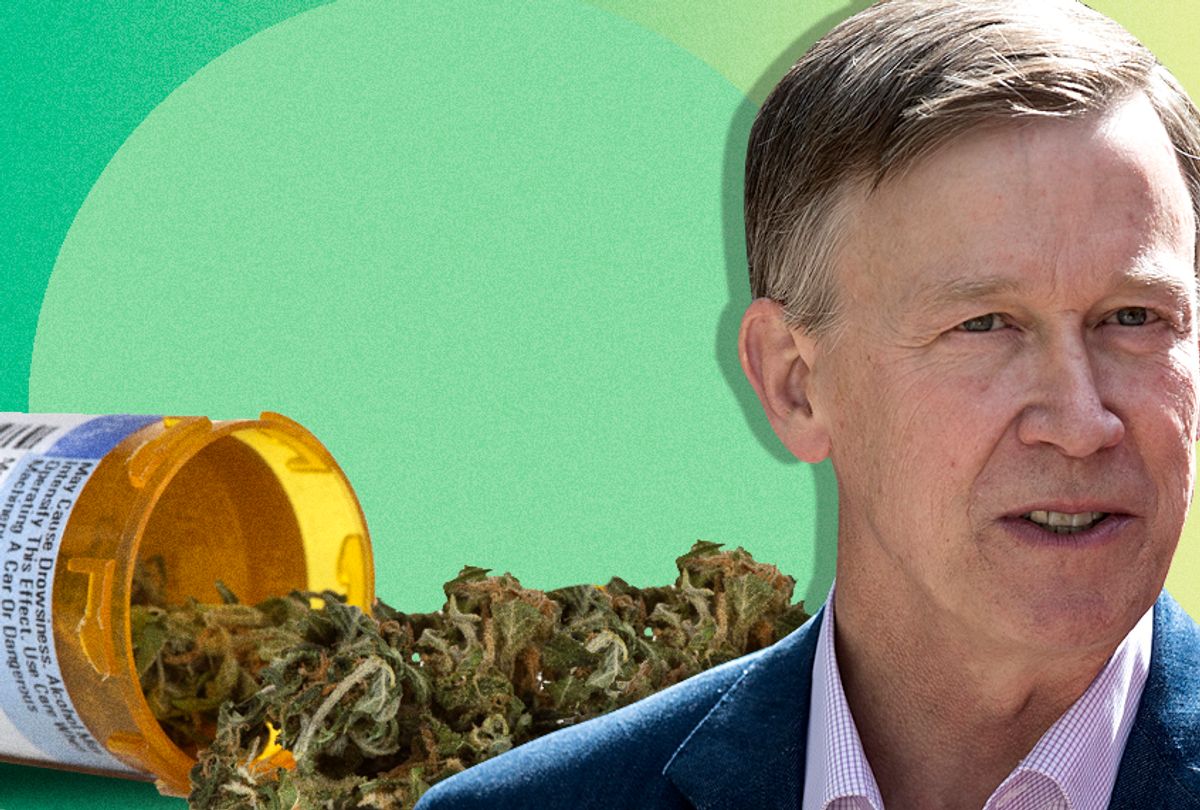 It's strange being an autistic person who has definitely benefited from using marijuana but who yet has to read about the ongoing "debate" over legalizing it for medicinal use by autistic people. The "debate" isn't some abstraction.

With all due humility, listen to someone for whom the question of autism and marijuana is not a matter of opinion but one of personal experience.

President Donald Trump on Friday said that he would support a bipartisan bill that would allow individual states which have legalized marijuana to keep their laws on the books without federal interference. If Trump follows through on this, it will indeed be a very progressive move worthy of praise. Of course, considering that his attorney general is the notoriously marijuana-hating Jeff Sessions, the word to the wise is to actually trust that Trump will support that bill once he pushes for it to be passed in Congress and signs it into law — and not one moment sooner. While Trump and Sessions may have had a falling out over the latter's decision to recuse himself from the Russia investigation, the president has otherwise been staunchly supportive of his attorney general, particularly on policy matters.

In other words: I'll believe it when I see it.

Hickenlooper has been a consistent opponent of pro-marijuana legislation, once remarking after the state began passing pro-pot laws that "Colorado is known for many great things. Marijuana should not be one of them." By 2016, however, Hickenlooper had admitted regarding the state's pro-marijuana laws that "it's beginning to look like it might work."

Apparently, his views haven't softened much more since then, given his recent actions regarding the new marijuana measures. When Salon reached out to his office for comment, Hickenlooper offered this statement:

For me, it’s about helping families and their kids who have autism. It’s a complex disorder that requires families and doctors working together on the best treatment for each child. Our executive order to expedite research on the use of medical marijuana as a treatment for children with autism lays the groundwork for what we hope will be another evidence based treatment for families in the near future. In the meantime, we have the commitment from those working closest with these kids to continue to provide the relief and support they deserve.

It is at this point that my own experiences become relevant to the larger conversation.

Because autism impacts everyone who has it in a different way, I must stress that I do not claim that my experiences are reflective of those of other people. At the same time, there are two major ways in which I have found that smoking marijuana has helped me as someone on the spectrum:

1. Rituals. In order to get through my day-to-day life, there are certain rituals that I need to perform — phrases that I say on a regular basis throughout the day (often in the form of mild jokes, which I suppose is a subconscious way of ribbing my own condition), making sure that as I go about my work day and personal life I follow certain routines and stay within a certain structure. When I deviate from these rituals, I feel incredibly anxious, something that other people notice by the giant sweat stains that will appear on my shirt.

Does marijuana make the need for rituals disappear? Absolutely not — nothing does. But it does blunt the knife, so to speak. I suspect this is related to the second way in which it has helped me. . . .

2. Anxiety. This is something that is obviously not exclusively true for autistic people, but certainly being on the spectrum does come with a disproportionate heightening of anxiety. Although this article only discusses anxiety conditions in autistic children, it perfectly fits with what I have continued to experience as an adult — constant worrying, a deep unease in most social situations and a feeling of "freaking out" whenever the routines that I follow during 90 percent of my life are disrupted. In order to function as an adult, I've learned how to deal with it by internalizing these stresses (although, again, I tend to sweat very heavily because my body seems to insist on providing a giveaway to what I'm feeling). Nevertheless, I have found that on the occasions when I've smoked marijuana, this anxiety gets reduced — not entirely eliminated by any means, but made more manageable.

I think it's also worth noting that, as I did research for this article, most of the articles that I found focused on how marijuana can help children with autism. Certainly this is an important angle — for all I know, I would have benefited from using marijuana before college (when I first tried it) — but I find it a tad disappointing that there doesn't seem to be the same emphasis on helping the millions of adults who could, and should, be able to legally acquire the drug on their own in order to improve their own lives.

On the financial issues that arise for legal marijuana businesses.