Mallory Hagan was an American queen. Now she wants to unseat a veteran Alabama Republican 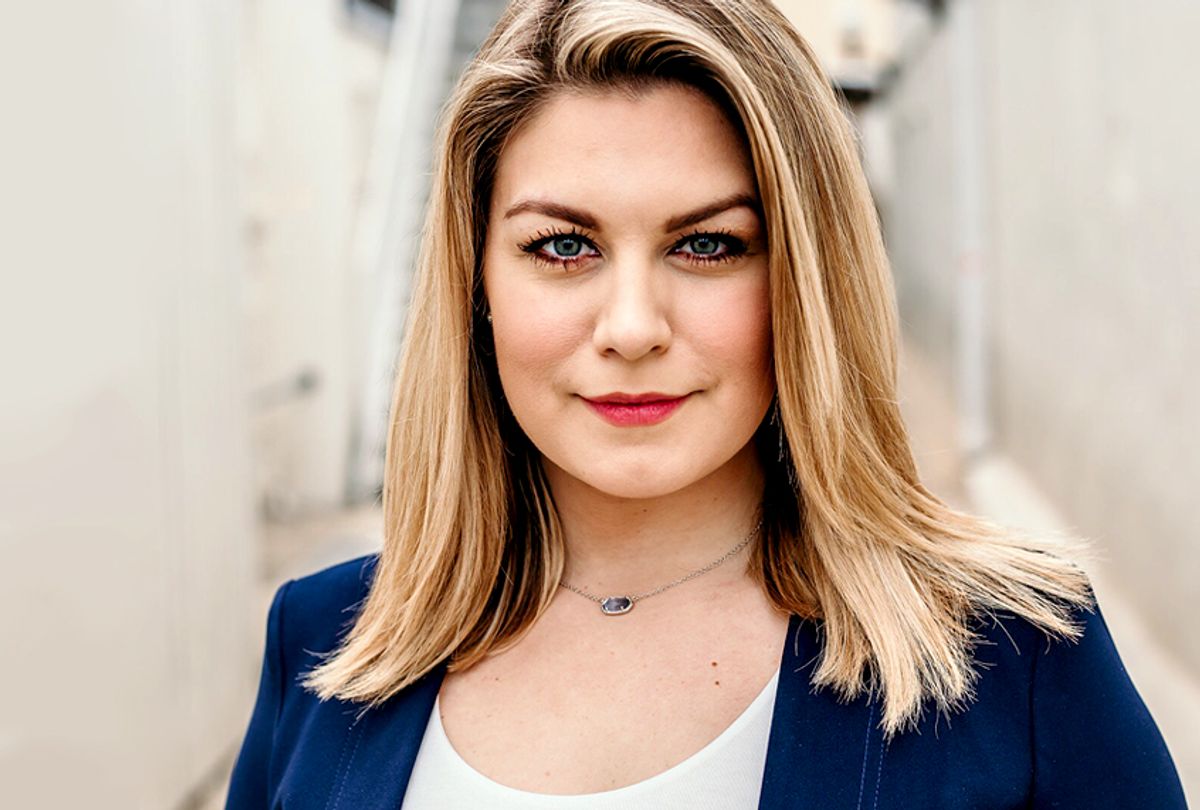 "I was a kid who was bossy," says Mallory Hagan. Maybe that's why she's so good at winning. With her mile-wide smile, sunny blonde highlights and ebullient demeanor, it's not difficult to see her as the former Miss America she is. But it's her steely determination and passionate, outspoken stance on issues like healthcare, campaign finance reform and education that have made her a rising force in politics. The 29-year-old Opelika, Alabama native — whose 2013 Miss America platform was child sexual abuse awareness — recently won the Democratic nomination for Congress in her state's 3rd District. She's now headed for a November showdown against Mike Rogers, the 59-year-old Republican who's held the office for 16 years.

The trajectory from pageants to politics has been forged before — just ask Miss Alaska 1984's runner-up Sarah Palin. But this is a very different era. While her opponent is an NRA-endorsed fan of "religious liberties" and a border wall, Hagan is an outspoken member of the #MeToo generation who's advocated for the Human Rights Campaign, PFLAG and GLAAD. She's a woman who says "There are guns in my house . . . and I certainly don’t believe in taking away anyone’s rights" and is also on Moms Demand Action's gun sense candidates list.

After ending her reign as Miss America and finishing her studies at Fashion Institute of Technology, Hagan embarked on a career familiar to other former queens — television journalism. But she says that broadcasting was never her only goal. She stepped down from her on-air position at local station WLTZ last winter.

"I always did think I'd run for office after a career in television," she says, taking a few minutes out from campaigning to speak to Salon via phone. It just happened sooner than she'd expected. "Spending every day in the trenches, it started to be, 'What can I do?'" The answer soon presented itself. "I was approached by the people of my district," she says, adding, "Initially I said no. Then after looking at the numbers of women throwing their hats in the ring, I decided to do it. . . . It's been the greatest honor, and so much fun, to run."

So far this year a record-breaking 527 women — many of whom are young — are running for U.S. House and Senate seats. That's a 67 percent increase over 2016.

Hagan has never been afraid of starting difficult conversations. In a local television interview not long after she was crowned, the host praised her for choosing education as her platform. "Actually," she replied, her tiara never teetering for a moment atop her head, "my personal platform deals with child sexual abuse." Five years later, she still knows that some of the topics she's chosen to focus on are still tough to speak out on from a political dais — especially in the state that gave us Roy Moore.

"This is who I am," she explains. "When I decided to risk my career for this, I knew I wanted it to be something I could be proud of. I'm not shying away from these issues. Talking about violence against children is tough. We're seeing that this is the reality of life." She says she learned from her pageant time that "I had this national platform. I could use it to talk about these issues." When asked how she chooses her focus now, she says, "I draw the line with humanity and compassion."

In a state that a United Nations official recently singled out as having some of the worst poverty conditions in the developed world, Hagan says, "Our kids can't learn if they're hungry. This idea that the Democratic party is about entitlement isn't true. My parents weren't entitled. They lived a modest, lower middle class life. A lot of what we're seeing with the Republican party lately is 'me, me, me.' This from the party of 'family values.' We can't be this way."

And while her eyes are mostly on November, she's also reserving some attention for the upcoming, dramatically revamped Miss America competition in September. In December, an array of nauseatingly sexist emails from the organization's CEO Sam Haskell and others within the pageant were made public in the Huffington Post. Several of them disparaged Hagan, including her class, her alleged personal life and her appearance. Haskell and several other members of the pageant's leadership stepped down soon after. At the time, Hagan said that the pageant is "an institution that I think is one that has the power . . . to uplift women for a long time. But it won't be able to do that if there are people running it who are constantly trying to tear them down."

Now, under the guidance of another former Miss America and early #MeToo adopter Gretchen Carlson, the nearly century-old institution is revamping with a stronger emphasis on achievement, and the elimination of the swimsuit portion of the show. Hagan, who was body-shamed in the press a few months after winning her crown for appearing on a beach not looking like she was competing for anything, wrote an op-ed supporting the change in Vox earlier this month. "I don’t want to see young women fretting about fitting into a bikini or enduring comments from people about how they’re ten pounds too heavy to do vital charitable work," she says. "Miss America is an advocate, a speaker, a scholar. She’s not a bikini model." She's now looking forward to attending the next coronation in Atlantic City. "Women are multidimensional," she says. "We can tell someone's radiance whether she's wearing an evening gown or something else."

She's also focusing on encouraging high school and college women, tiara-wearing or not, to register and vote. But "it's not just about voting," she says. "It's about being active and knowledgable, staying involved and participating. Women have been under this 'seen and not heard' ideology and that's changing. We have something to say and be part of. I think my role is to be stubborn in my pursuit of telling girls that their voice matters."

Sarah Lacy on how young women have "changed everything"