Democrats hope to pick up multiple House seats in Virginia, and Maine tries out its new ranked-choice voting system 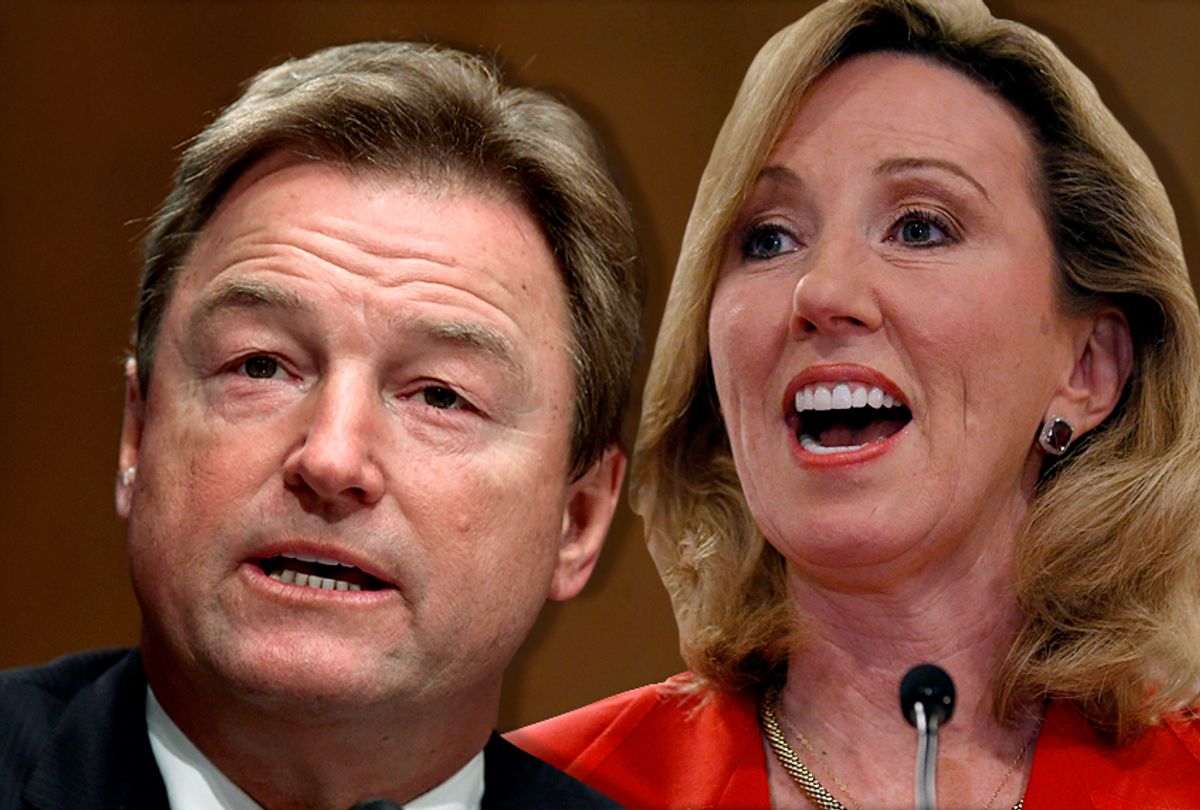 Another Tuesday, another wave of primaries. Five states hold elections this week, but the most noteworthy are in Maine, Nevada and Virginia.

This week's principal focus is on Virginia, a state trending increasingly blue where Republicans hold a number of vulnerable House seats. Two Republican incumbents are facing challenges, one direct and one indirect: Rep. Scott Taylor, of the state's 2nd congressional district, is being attacked by a former local official named Mary Jones for his previous criticisms of President Donald Trump, according to The Wall Street Journal.

Similarly, Rep. Barbara Comstock of the 10th congressional district in the Washington suburbs, often depicted as a GOP moderate, faces fierce primary opposition from a right-wing underdog named Shak Hill. He's a self-described inspirational speaker who has lambasted Comstock for criticizing Trump after the release of his "Access Hollywood" tape, opposing his efforts to repeal the Affordable Care Act and opposing the administration's proposed ban on transgender people in the military.

Comstock is expected to prevail over Hill in her primary but will then face one of six Democrats who are running in their own Tuesday primary. That proliferation of Democratic candidates reflects the fact that the 10th district is seen as one of the likeliest "blue wave" pickup opportunities. Geoffrey Skelley of Larry Sabato's Crystal Ball writes, "Comstock is a prodigious fundraiser and has a history of outpacing the partisan lean of districts she has represented, but the district’s Democratic shifts in 2016 and 2017 show why she is one of the Democrats’ foremost targets in 2018."

Similarly, incumbent Rep. Dave Brat, a prominent member of the House Freedom Caucus, will have to face one of two Democrats — either Abigail Spanberger or Dan Ward — in the 7th congressional district outside Richmond. Formerly a safe Republican district, the 7th made national news in 2014 when Brat ousted Rep. Eric Cantor, then the House majority leader, in a shocking primary. Although Brat is still favored for re-election, he's a prime target for progressives and the seat is perceived as more vulnerable than ever before, according to the Richmond Times-Dispatch.

Finally, there's the Republican primary for a candidate who can compete against Democratic Sen. Tim Kaine. As a moderate who gained national prominence as Hillary Clinton's 2016 running mate, Kaine is widely expected to win -- not even counting the possibility that Republicans could make another Roy Moore-style blunder. USA Today recently reported:

[The GOP's] job could be harder if Prince William County Board of Supervisor Chair Corey Stewart or Rev. E.W. Jackson win Tuesday. Stewart has staked out hard-right positions in a moderate state and made his support for confederate monuments part of his unsuccessful run for governor in 2017. Jackson lost his bid for lieutenant governor in 2013 over derogatory comments about gays and compared Planned Parenthood to the Ku Klux Klan. State Del. Nick Freitas is the most “establishment” GOP pick, but even he has made controversial comments about school shootings.

Way out west, some political drama is also unfolding in Nevada, another blue-trending state, although the real action won't happen till the fall. Democratic Rep. Jacky Rosen is the clear favorite in Nevada's Senate primary, and she's gearing up to run against a highly vulnerable incumbent, Republican Sen. Dean Heller. There will also be a spirited fight for Rosen's current seat in Congress, with Trump-style conservative Danny Tarkanian (son of legendary Las Vegas basketball coach Jerry Tarkanian) likely to be the GOP nominee. Tarkanian narrowly lost to Rosen in 2016 and was considering challenging Heller from the right until Trump urged him to back away from a primary battle.

Nevada's governorship is also up for grabs, with current Gov. Brian Sandoval, a moderate Republican, leaving thanks to term limits. State Attorney General Adam Laxalt is widely expected to coast to victory in the Republican primary, but Democrats have seen a fierce battle between two former Clark County commissioners, Christina Giunchigliani and Steve Sisolak. This Vegas rivalry has seen some of the most hostile combat within the Democratic Party this year: Giunchigliani revealed that she had been sexually abused as a child after Sisolak accused her in campaign ad of having watered down a sex offender bill and "single-handedly protected perverts."

Tuesday's elections in Maine are notable not so much because of who's running but because of how the election itself will unfold. In a controversial reform being watched closely by voting-rights advocates, Maine will premiere its "ranked-choice voting" system, designed to make sure victorious candidates always have a majority of the vote instead of a mere plurality. The New York Times reports:

The purpose is to ensure that officials are elected with an outright majority when there are three or more candidates, and to elevate those with the widest appeal. It works like this: Rather than checking a box for just one candidate, voters rank all candidates in order of preference. If a candidate earns a majority of the votes, he or she wins. If not, the candidate with the fewest first-choice votes is eliminated, and his or her ballots get redistributed to whomever those voters ranked second. If another round is needed, the process continues, eliminating the candidate with the next fewest votes, until one candidate has a majority.

This will be the first time this process has been used in a statewide election in the United States, and we'll see how it shapes Maine's gubernatorial contest. Incumbent Gov. Paul LePage, a Trump-style Republican, is being term-limited out, and the race appears wide open. Democrats will choose between numerous candidates, apparently led by state Attorney General Janet Mills and attorney and military veteran Adam Cote, according to the Times. Republicans face a chaotic contest between state Rep. Ken Fredette, state Sen. Garrett Mason, former state health commissioner Mary Mayhew and businessman Shawn Moody, according to WMTW Portland.

Whoever wins, Mainers may be grateful to see the last of LePage, who became nationally notorious for making a number of apparently racist remarks throughout his tenure. Perhaps his most controversial came in 2016 when he claimed that drug dealers from urban areas were corrupting Maine's morals:

These are guys with the name D-Money, Smoothie, Shifty . . . these types of guys . . . they come from Connecticut and New York, they come up here, they sell their heroin, they go back home. Incidentally, half the time they impregnate a young white girl before they leave, which is a real sad thing because then we have another issue we have to deal with down the road.