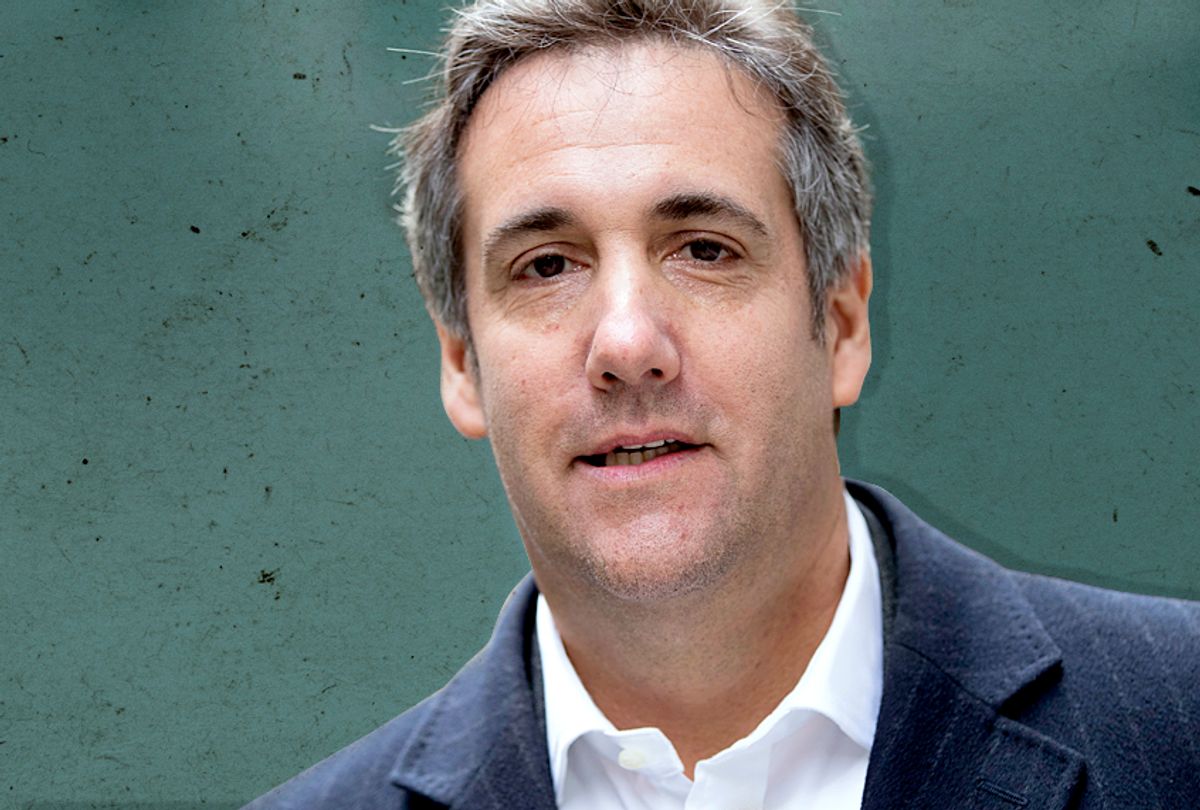 President Donald Trump's longtime personal lawyer Michael Cohen is expected to lose his current legal defense team and strike a deal to cooperate with federal prosecutors who are investigating him, according to new reports Wednesday.

Cohen, who worked for Trump in various capacities before he was president and has been dubbed as Trump's "fixer," has been under criminal investigation for his suspect business dealings.

The investigation – and potential criminal charges – have placed Cohen under intense pressure in the Southern District of New York, while Special Counsel Robert Mueller continues his separate investigation into Russian meddling in the 2016 presidential election.

Cohen's current attorneys, Todd Harrison and Stephen Ryan, are not expected to represent him moving forward in the pending criminal probe in New York City, according to ABC News. Harrison and Ryan work for the New York and Washington firm McDermott, Will & Emery LLP. A replacement counsel has reportedly not yet been identified.

The Wall Street Journal confirmed Harrison's and Ryan's departures while also noting that Cohen is searching for a new criminal defense attorney, specifically one with close links to the Manhattan district attorney's office.

Sources familiar with the matter told the Journal that Cohen has not yet decided whether to cooperate with federal investigators. But ABC News said it is likely that Trump's "fixer" will cooperate.

The news comes a day after reports in Vanity Fair and the New York Daily News that Cohen has been telling friends he expects to be arrested any day now. Cohen denied the claims to Vanity Fair, writing in a text, "Your alleged source is wrong!" He has not been charged.

A source told the New York Daily News that Cohen fears he will soon be indicted and arrested.

Lawyers have been poring over 3.7 million documents seized, reportedly pertaining to suspected bank and wire fraud and campaign finance violations in an FBI raid of Cohen's home and office in Manhattan on April 9.

Cohen, now apparently without legal counsel, is likely to begin cooperating with federal prosecutors in New York, sources told ABC News. This development, which ABC News says is likely to be imminent, is a new indication that Cohen is likely to flip against Trump.

CNN reports that Cohen has not yet met with prosecutors to discuss a potential deal.

After the FBI raided Cohen's properties, Trump fired back by tweeting, "Attorney-client privilege is dead!"

The president also told reporters at the White House that the federal raid against his "fixer," which he compared to a break-in, was a "disgraceful situation."

"It's an attack on our country, in a true sense. It's an attack on all we stand for," Trump said during a meeting with top military personnel at the White House. "That is really now on a whole new level of unfairness."