The Nerdist founder is not named, but the two were publicly dating for years 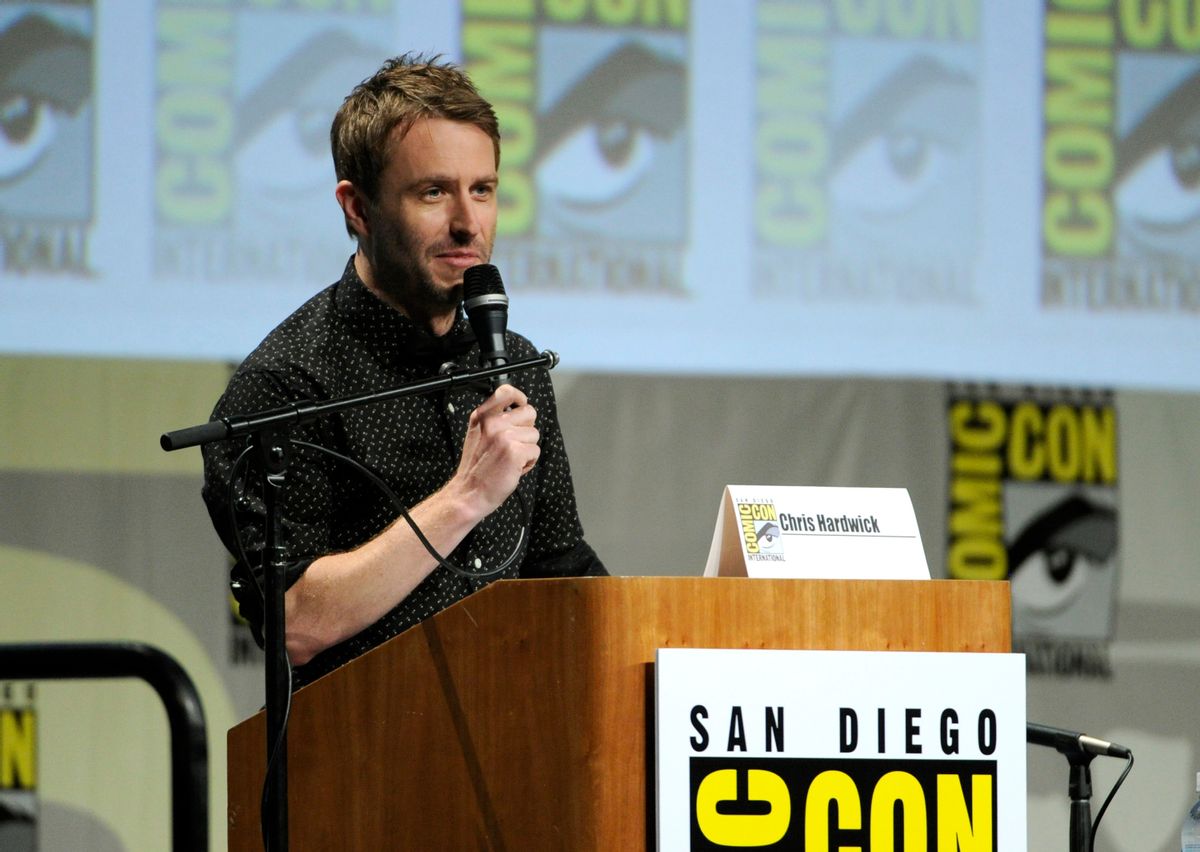 In an open letter published Thursday on Medium, actress and host Chloe Dykstra details an abusive relationship with her ex-boyfriend, Nerdist founder and “@midnight” host Chris Hardwick. “Rose-Colored Glasses: A Confession” includes claims of emotional abuse and sexual mistreatment, including curfews, no evening plans outside his own, no speaking to him in public places, no male friends, and no drinking.

She also alleges that following a major surgery for a life-threatening ectopic pregnancy, Hardwick’s first question to the doctor was: “When do you think I can have sex with her again?”

While Dykstra is careful not to mention Hardwick by name, she described him as having grown “from a mildly successful podcaster to a powerhouse CEO of his own company” (Nerdist began as a podcast), and “a man almost 20 years my senior” (Hardwick is 46; Dysktra is 29).

Dykstra produced and co-hosted the digital series “Just Cos” for the Nerdist Industries’ YouTube channel, a gig she says Hardwick pressured her to take. At the end of their relationship, Dykstra claims Hardwick “made calls to several companies I received regular work from to get me fired by threatening to never work with them. He succeeded. I was blacklisted.”

She also alleges: “I was expected to be [sexually] ready for him when he came home from work,” regardless of her own desires. Dykstra said he referred to this “starfishing,” a practice in which a woman allows sex to happen without her participation.

Read more IndieWire: The 10 Best Rom-Coms on Netflix Right Now, From ‘Set It Up’ to ‘Nick & Norah’s Infinite Playlist’

“Every night, I laid there for him, occasionally in tears,” she writes. “He thought the whole idea was funny. To be fair, I did go along with it out of fear of losing him. I’m still recovering from being sexually used (not in a super fun way) for three years.” When she tried to decline, he replied: “I just want to remind you, the reason my last relationship didn’t work out was because of the lack of sex.”

Dykstra concluded by saying that she is worried for how the accusations will affect her career. “It will probably hurt me now too, despite the #MeToo movement. We’ve come a long way, but we still have a ways to go.”

As she notes, “Emotional abuse is a very common thing. More common than you’d think.”

Early Friday, Dykstra tweeted: “I quietly posted an article today, unlisted on Medium. It clearly made the rounds. I’m overwhelmed and I want to thank all of you for your support and kind words- they mean so much to me.”

IndieWire has reached out to representatives for both Hardwick and Dykstra for further comment. You can read the full essay here.