Despite furious right-wing spin, all the IG's Comey report proves is that the FBI was terrified of Republicans 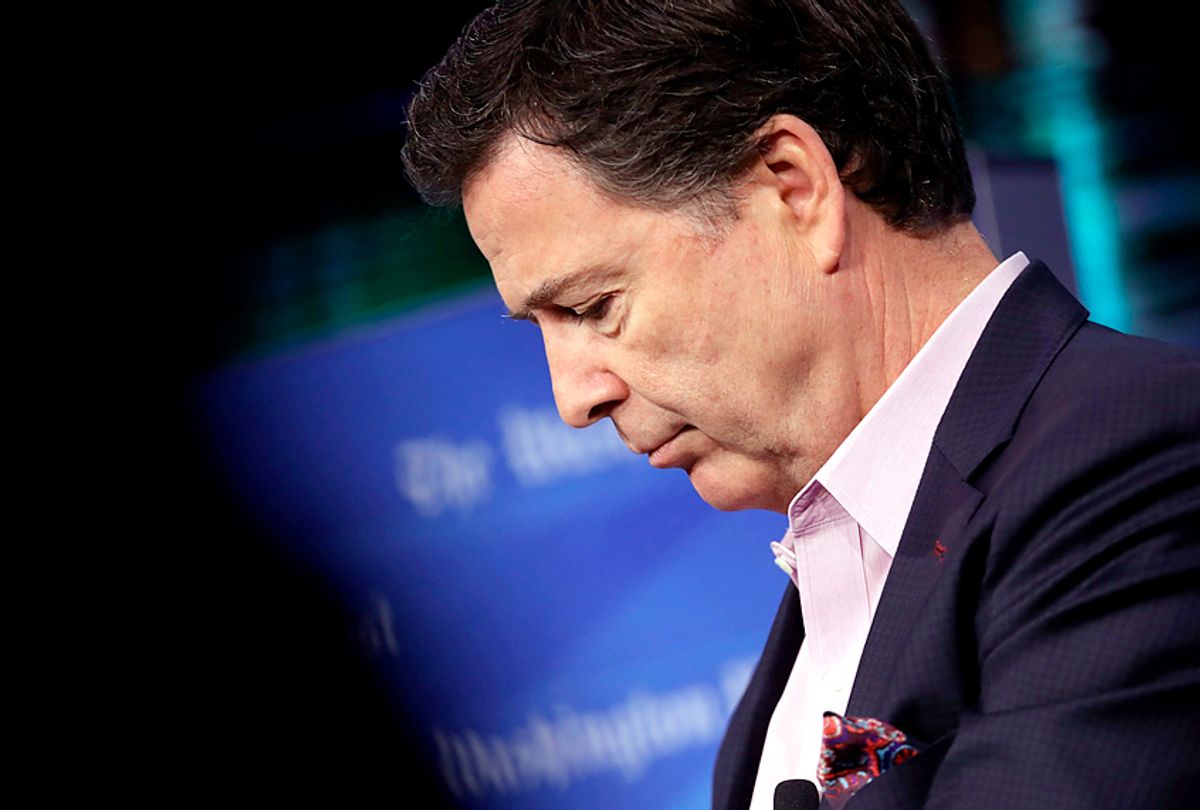 One of the longstanding tropes of the modern conservative movement is that the mainstream media is liberal to its core and incurably biased against them, a charge they hurl relentlessly at the press in all its permutations. This has been going on since at least the 1960s and continues to this day. It is not a sincerely held belief, at least not on the part of the professional political operatives who push this disingenuous conceit. It's a cynical tactic to pressure the media into taking a jaundiced view of their political enemies in order to avoid further abuse. It generally works: Mainstream journalists almost always end up giving the conservatives the benefit of the doubt. It's called "working the refs," and it's been highly effective.

I have written about this phenomenon many times but it was perfectly demonstrated in 2016 when the inanely trivial Clinton email server issue was elevated to a major scandal that consumed the campaign and served to make the overwhelming corruption and ineptitude of Donald Trump appear to be no worse. The press had already partnered with right-wing operatives Peter Schweizer and Steve Bannon on hit jobs like "Clinton Cash," and were well primed by years of character assassination from the likes of Citizen United's David Bossie, who later became Trump's deputy campaign manager. Hillary Clinton had been the Great White Whale for both the press and the Republicans for many years. The refs did not need much working.

That overheated coverage was lethal to the Clinton campaign. It likely made more than a few people feel vaguely ill with the knowledge that trumped-up scandals like Benghazi would be the norm if Clinton were elected, as was the intention all along. Indeed, on Nov. 3, 2016, a few days before the election, the Washington Post reported this:

And a third senior Republican, the chairman of a House Judiciary subcommittee, told The Washington Post he is personally convinced Clinton should be impeached for influence peddling involving her family foundation. He favors further congressional investigation into that matter.

Donald Trump's rally-goers had been deliriously chanting "lock her up" for months and Trump was insistent that the election had been rigged, saying outright that he would accept the results of the election only if he won.

This was "working the refs" on a scale we had never seen before. And according to the Department of Justice's long awaited inspector general's report on how the FBI handled the investigation into Clinton's email server management, it was incredibly successful. All that hectoring, threatening and accusation terrified FBI director James Comey so much that he threw out the normal rule book and defied his bosses so these bullies wouldn't accuse him of being biased if Clinton happened to win.

Comey didn't understand how this works at all. They would never forgive him for failing to lock her up. Nothing he did or said was going to change that.

Instead of referring to and being guided by longstanding Department and FBI policies and precedent, Comey conducted an ad hoc comparison of the risks and outcomes associated with each option. He described the potential consequences “concealing” the existence of the emails as “catastrophic” to the FBI and the Department, because it would subject the FBI and the Department to allegations that they had acted for political reasons to protect Hillary Clinton. Instead, Comey said he chose the option that he assessed as being just “really bad.”

Horowitz notes that Comey didn't see the risk of being seen to put his thumb on the scale in favor of Trump to be much of a problem and posits this was because Comey assumed Clinton would win. But that doesn't entirely explain it. Comey had been "worked" into believing that he had to push the envelope on Clinton or risk being called a partisan by the Republicans -- no matter how the election came out. We know this because at the same time he revealed the status of the Clinton investigation, he had no problem "concealing" the far more serious investigation into Russian involvement in the Trump campaign.

Remember, Comey is (or at least was) a Republican and had been around this block before. He was counsel to Sen. Al D'Amato's Whitewater investigation back in the 1990s. Indeed, I suspected in 2016 that he harbored some leftover animosity toward Clinton from his work during that era, although I've since concluded that he's too vain and self-righteous to be a mere partisan. He simply couldn't bear being called unfair or biased so he fell for the oldest GOP dirty trick in the book.

Not that it did him any good. Comey was fired by the very man he helped elect, who fatuously pretended it was because Comey had been unfair to Clinton and then immediately admitted it was really because of the Russia investigation.

Horowitz's report notes once more that Peter Strzok and Lisa Page, the two indiscreet FBI employees involved in the case and then fired from the Russia probe by Robert Mueller, wrote some emails showing bias against Trump. But Horowitz could find no evidence that they'd misdirected the investigation to help Clinton. Indeed, the opposite was true. They had wanted to go much harder on her, as did the now disgraced former FBI acting director Andrew McCabe, who was fired for leaking damaging information about Clinton to the press and lying about it. But Horowitz's report confirms the finding of the original investigation into Clinton's email server scandal, which was that she committed no crime.

Right-wingers are screaming bloody murder, of course. Rep. Trey Gowdy, R-S.C., the scourge of Benghazi, is upset because the FBI didn't use the kind of hardcore tactics in the server investigation it has used in the Russia probe.  Evidently he's lost the ability to see the difference between an investigation into the use of private email, a practice used by previous secretaries of state with no concerns, and a suspected conspiracy between the president of the United States and a foreign adversary. (Furthermore, the fact that McCabe and the allegedly villainous FBI lovers wanted to use harder tactics against Clinton complicates Gowdy's narrative just a bit.)

On Friday morning, Trump made his first comment on the Horowitz report, which largely consisted of self-congratulation:

But Trump's mouthpiece, Rudy Giuliani -- whose own involvement in leaks from the New York FBI office apparently remains under investigation -- had a lot to say on Fox News Thursday night, and was not nearly as restrained:

Trump's defenders are trying to push their manufactured crisis to Defcon One. This should be an interesting weekend.