For feminists who used to work with Roseanne Barr, her latest incarnation is as bewildering as it is infuriating 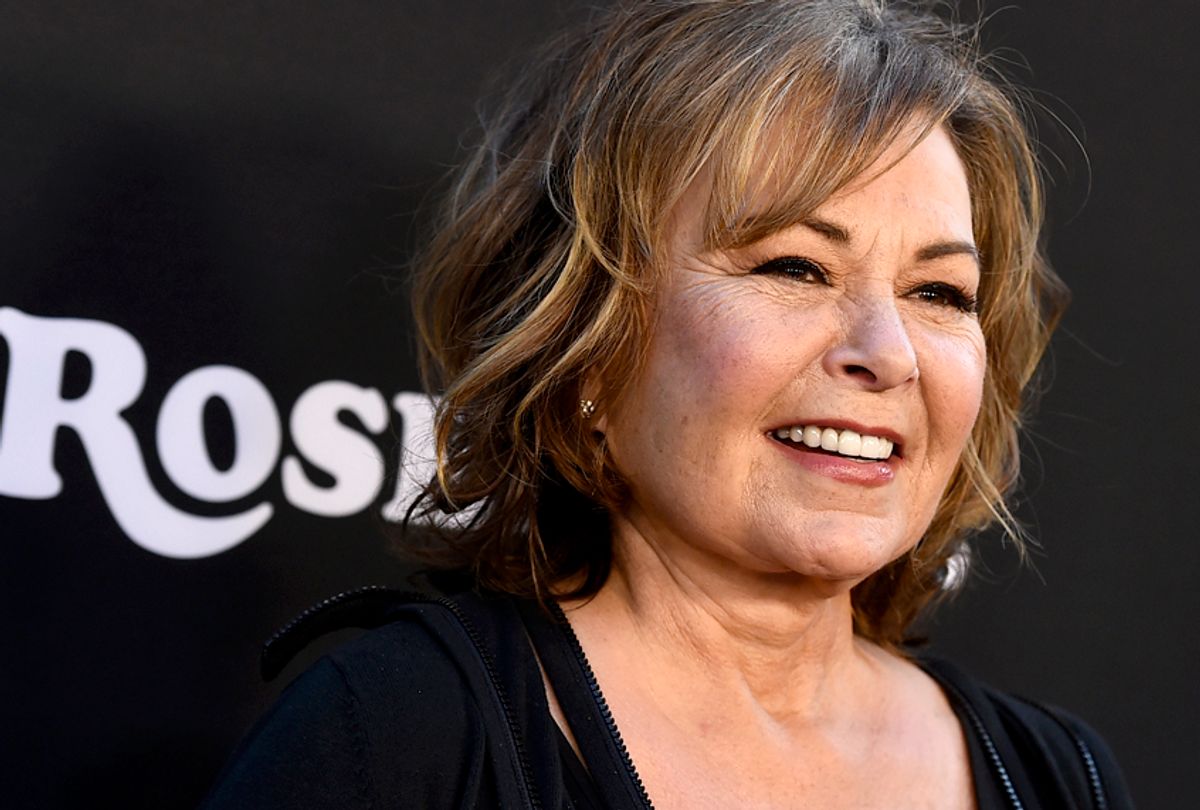 Here at BUST, a feminist magazine where I’ve worked for 17 years, we were saddened by the tweets that got Roseanne Barr fired from her hit ABC show, but we were not surprised. Her downfall is a painful process to observe because we had a deep love and respect for Barr for so many years. Most of BUST’s editors were big fans of the original run of "Roseanne," and we were thrilled when, in 2012, she became our advice columnist. However, as a result of Barr's increasingly prejudiced statements online—specifically her transphobic tweets — we parted ways with her in 2013. She had become a very different person than the outspoken feminist advocate we had looked up to for so long.

Barr’s recent racist tweets are just the latest in a long line of bigoted, racist, transphobic, Islamophobic, and anti-Semitic statements she’s made. And I was still grappling with the reality of this Roseanne in contrast to the lovely woman I had worked with five years ago while editing her advice column when I sat down recently with comedy icon Lizz Winstead, co-creator of "The Daily Show," to record BUST’s Poptarts podcast. We were supposed to be talking about her upcoming comedy tour and the broader subject of comedians using the persuasive power of humor to resist the Trump administration.

But before too long, our focus shifted to Barr, and it became clear that Winstead and I had experienced the same feminist whiplash in our dealings with her.

“I have a long, sordid history with Roseanne,” Winstead told me. “When I was coming up as a standup comic living in Minneapolis, Roseanne was living in Denver. She would come to Minneapolis four times a year and she always insisted that I or another woman open for her. She was an incredibly supportive feminist and she was my friend for a long time. She shared my outrage, she was really open on many levels, and she was always supportive of women. So, as I watch Roseanne — I don’t know where the turn started happening."

"She said a bunch of shitty things to me on Twitter about my feminism and I thought, ‘We were really good friends, I don’t understand.’ The devolution of Roseanne’s philosophies is heartbreaking for me, too," Winstead continued. "Because I can say for sure without question that the Roseanne I met who helped me out starting in the late 1980s was not a racist at all. Her show was groundbreaking. I loved her show. I don’t know what happened, I don’t know where she’s at, but, like, Roseanne — get help. Because this is ugly, and it’s inexcusable.”

As our chat continued, we found that while we agreed with ABC’s cancellation of Barr’s show, we were similarly surprised that the show had been revived in the first place, since Barr’s online behavior had become so aggressive over the last five years.

“I’m wrestling with the people who went and signed on to do this [reboot]” Winstead said. “We’re all applauding ABC for cancelling it, but . . . I don’t know. I have turned down shows and gigs that would have made me a shit-ton of money because I didn’t like the underpinnings of what was going on behind it. At some point, you have to say to yourself, ‘How do I justify my role in perpetuating white supremacy?’'

"And people can get mad at me, but I read what Sara Gilbert wrote [after the show was cancelled] and it was just weird," she continued. "I feel like, you all took a job working for someone, and you didn’t care that she was really trans-phobic, and really brutal toward trans women. You didn’t care about the Islamophobia before this. You didn’t care that Roseanne also called Susan Rice an ape years ago. Her Twitter feed, and who she has been, since the time when BUST parted ways with her, was very real and very public. But somehow, all of that was overlooked, because the ‘economically insecure Trump voter’ needed a show. They were saying, ‘This isn’t the racist Trump voter, this is the economically insecure Trump voter.’ But, like, no it’s not! Roseanne comes from this place of abject racism. But then they built a show around her as if she’s not.”