UPDATED: A North Carolina artist has a plan to turn coal ash into art 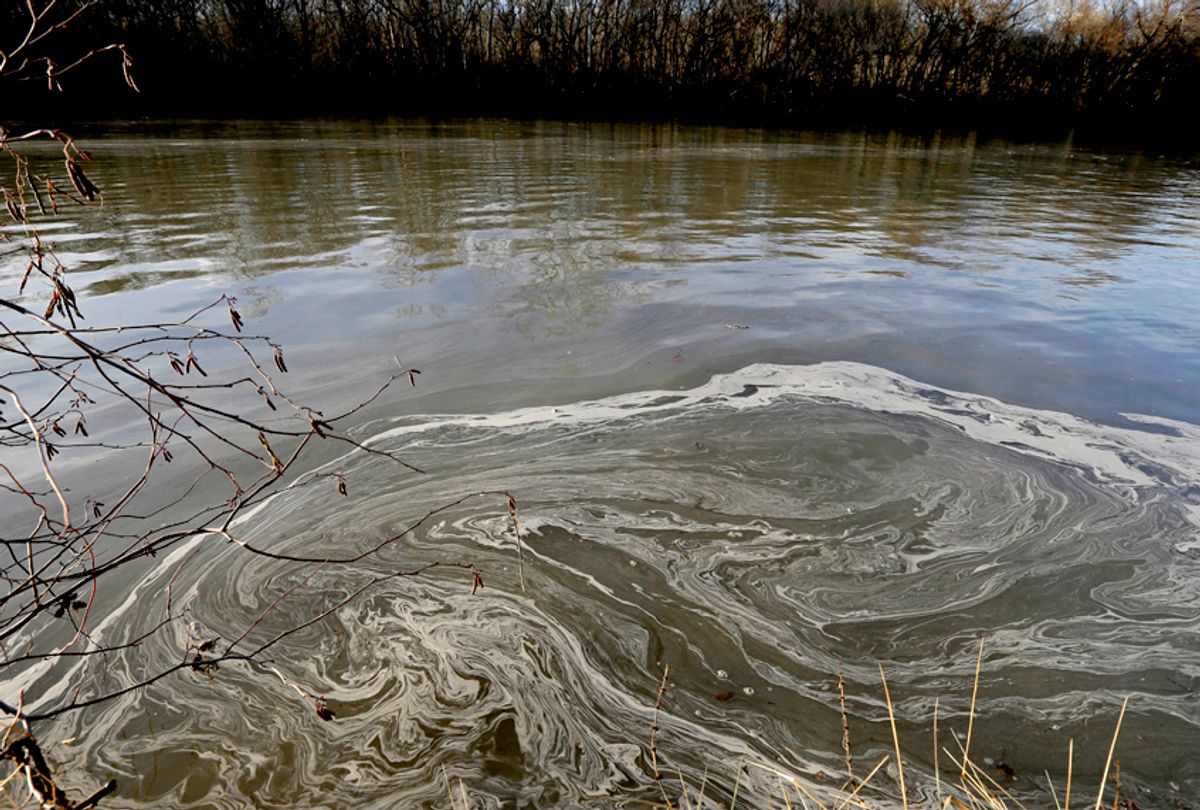 Signs of coal ash swirl in the water in the Dan River after the Duke Energy coal ash spill. (AP/Gerry Broome)
--

In 2014, Duke Energy was responsible for spilling 39,000 tons of coal ash into the Dan River. Then, in 2015, many nearby residents were urged not to drink, cook or even bathe in their tap water when 87 of the 117 private wells nearby to failed to meet state groundwater standards. But more shockingly, state officials allegedly told other residents the water was safe to consume. [Editor's note: A representative for Duke Energy contacted Salon to respond that "State law that passed in fall 2014 included a requirement for regulators to test drinking water wells in close proximity to ash basins across the state. It was in this process that regulators identified low levels of substances that triggered the 'do not drink' guidance." A definitive link between the spill and the substances found in the wells has not been established.]

In response to these warnings, residents of the Tar Heel State didn’t back down. They demanded change.

Artist and environmental advocate Caroline Armijo first felt called to speak out against coal ash in 2010, and after eight years she has grown that passion into a full-time volunteer position with Residents for Coal Ash Clean Up. The organization aims to help communities and counties affected by the spill, because Armijo firmly believes that without vision, progress won't be made.

She says, “It is not enough to demand change. It's also important to envision that change. Coal ash is a pervasive problem throughout our world. It was the source of power for most of the industrial revolution. It is everywhere. The old buried ash is having a lot of detrimental impacts on thousands of communities. But we know that by cleaning up the coal ash, our ground water improves. So, I am hopeful that seeking solutions, we can not only address the water quality problems we are facing, but also provide a raw material that will preserve other natural resources, like our trees, which are being chemically treated for longevity. We can use encapsulated coal ash instead.”

Armijo has combined her passion to make a difference and her natural born artistic talents to create an alternative solution to the widespread problem. She calls it The Lilies Project.

The Lilies Project at its core aims to increase public awareness and “aid in healing local communities who have carried the burden of our electricity’s hidden costs.” It does that by creating art through encapsulated coal ash to be displayed in public parks. By using polymer encapsulation technology developed at NC A&T State University, the project will demonstrate the vast range of ways to recycle the use of coal ash as a means for cleaning up the pollutant.

Armijo adds, “I also think that art is a great way to bring more people into understanding the issue in a non-threatening way. Plus, it provides the opportunity to see something that has negatively impacted the community be transformed into a positive benefit to the community.”

But coal ash is still a major problem for North Carolinians and for residents like Armijo and others, and the work has only just begun. She says, "I find the current state of government de-regulation distressing. I think that the word deregulation has been demonized over the years, but these regulations protect our lives. They also provide jobs — a lot of jobs. The stories of those impacted by coal ash and other pollution are so devastating and frequently impact the most vulnerable in society. The stories are getting louder and more prominent. I feel a strong sense of urgency and connectedness."

Most recently, Duke Energy has begun work to clean up their spill, but once again provoked protest from the very people whose lives have been turned upside down, unveiling new rate increases.

In response, residents and customers of Duke Energy have begun to fill town hall meetings to tell their stories and own personal accounts of how this has affected them, and Armijo believes stories might hold the ultimate key to the change we need.

She says, "I think the empowering nature of stories will eventually evolve into people filling the roles in government and leadership and replace those who have allowed industry to destroy other's lives for the benefit of their shareholders. Eventually the shareholders will need to hold industry accountable."

The politics of creativity

The power of art has never been stronger