"These aren't our kids!": Fox News' defense of family separation called out by Geraldo Rivera 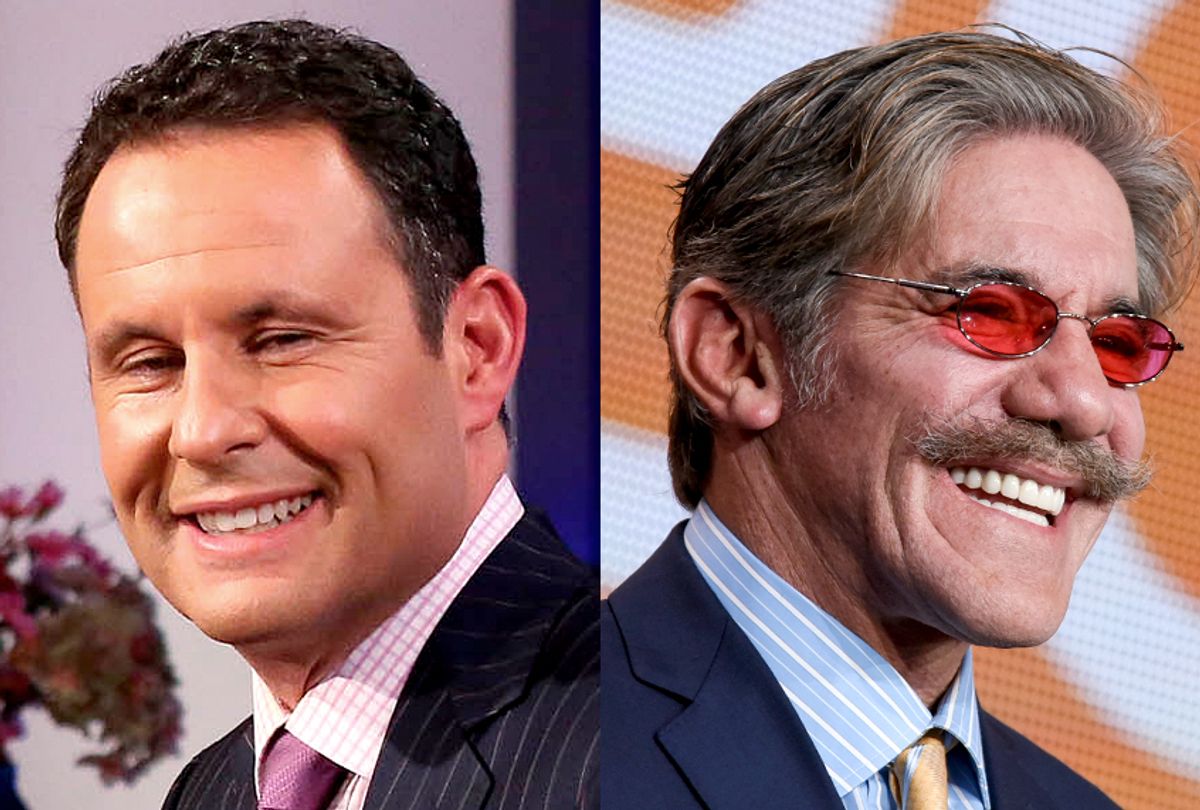 President Donald Trump is well-known to rely on Fox News programs for his information and opinions. Considering that "Fox & Friends" is one of his favorites among the cable news giants' lineups, it stands to reason that their arguments about matters like his controversial family separation policy might ultimately influence his outlook. Fox News' coverage of the issue was so dismissive of the crisis that even one of Trump's top supporters called out "Fox & Friends" on "Fox & Friends."

"The other thing that I think is the biggest joke that we're not addressing, it wasn't President Trump's idea to have everyone leave from Central and South America in June and well up at the border," co-host Brian Kilmeade told his "Fox & Friends" co-hosts on Monday morning. "Somebody has to deal with this issue. It doesn't matter who the president is. If you don't like his policy, he's also open to your policy rather than just criticizing his. He's trying to send a message to the other countries. This is not the way you do it because this is a country that has rules and laws. The port of entry will be one thing. We can bolster those laws, but we just can't let everybody in that wants to be here."

He added, "And these are not — like it or not, these aren't our kids. Show them compassion, but it's not like he is doing this to the people of Idaho or Texas. These are people from another country and now people are saying that they're more important than people in our country who are paying taxes and who have needs as well."

Kilmeade wasn't alone in trying to gloss over the impact of Trump's family separation policy.

Rachel Campos-Duffy also tried to argue on Fox News that the left's anger and devastation over the family separation policy was somehow misplaced because, after all, there are other things that could be worse.

"The detention centers are far safer than the journey these children just came on," Campos-Duffy argued on Thursday. "And I will say this: People aren't stupid. I spoke to some African-Americans who say, 'Gosh, the conditions of the detention centers are better than some of the projects that I grew up in.' People are looking at this and saying, 'Let's not smear our border patrol.' They're just trying to do the best they can. These children were brought here under horrible, irresponsible circumstances."

Even in calling our his network's coverage, Geraldo Rivera somehow managed to absolve Trump for actually implementing a policy that separates children from their parents in the first place.

"I think that we particularly at 'Fox & Friends' – and I bear this burden myself – we were too slow to recognize the hideous nature of this policy that separated children from their parents," Rivera told "Fox & Friends."

Show co-host Steve Doocy replied, "And nobody really knew until they saw those images!"

"Those images that we haven't seen nearly enough of them or heard the mournful wail of children who had been torn from their parents for no reason," Rivera shot back. "I think it was horrible. And I think we dropped the ball and I apologize for it. We should have spoken out about it more fervently, sooner, because why? This is a real issue, the border security is a real issue. We need to secure our borders, but we don’t do it by doing something so obscene, we don’t endorse child abuse to enforce the border."

While Rivera arguably deserves credit for at least acknowledging that Trump's policy was "hideous" and "horrible," he then pivoted to describing the situation on the southern border as an "emergency" and blamed Democrats for not working with Trump on an immigration reform bill.

"Shame on the Democrats for not supporting it because it is everything that I need," Rivera told Doocy and the other co-hosts. "Here's what I need: I need these families not to be separated. I need the DREAM Act, the $1.8 million that the president is talking about, I want them to have normalized, legalized status immediately. And I want the $25 billion that Chuck Schumer and Luis Gutierrez and others have promised the president for the southern border wall."

Rivera's notion that the undocumented immigrant situation constitutes a "crisis" is also not supported by the facts, as a recent article in The Washington Post pointed out.

Unauthorized border crossings have been falling over time. In fact, apprehensions of unauthorized immigrants along the Southwest border last fiscal year declined to about 300,000, the lowest level since 1971, according to data from U.S. Customs and Border Protection. They’ve risen in recent months, though year-to-date they’re still below historical levels.

Trump, after all, suggests that even one border-crosser is too many, since most come bringing crime, drugs and general bloodthirst.

In fact, immigrants in general, and undocumented immigrants in particular, commit crimes at far lower rates than native-born Americans. That includes violent crime, according to research from the Cato Institute. Another recent study, published in the journal Criminology, found that states with larger shares of undocumented immigrants tended to have lower crime rates. The finding jibes with lots of earlier research , too.

Which makes sense: Most immigrants want to stay off law enforcement’s radar. One wrong move, after all, could get them deported — in some cases, to their death.

When it comes to the raw political consequences, the ultimate legacy of Trump's family separation policy may very well be its ability to further entrench the idea that there is some kind of crisis to our national security from undocumented immigrants crossing the southern border. Even though Trump may have seemed to have suffered a loss by having to revoke the policy, he has still managed to force both sides to take it for granted that some kind of crisis must exist for such a policy to have been implemented in the first place.

The fact that no such crisis actually exists — and that 2,300 children have still had their lives ruined — seems to matter less and less with each passing day in the news cycle.