In the criminal justice system, not all dogs are good dogs. One was convicted of murder in 1924. This is his story 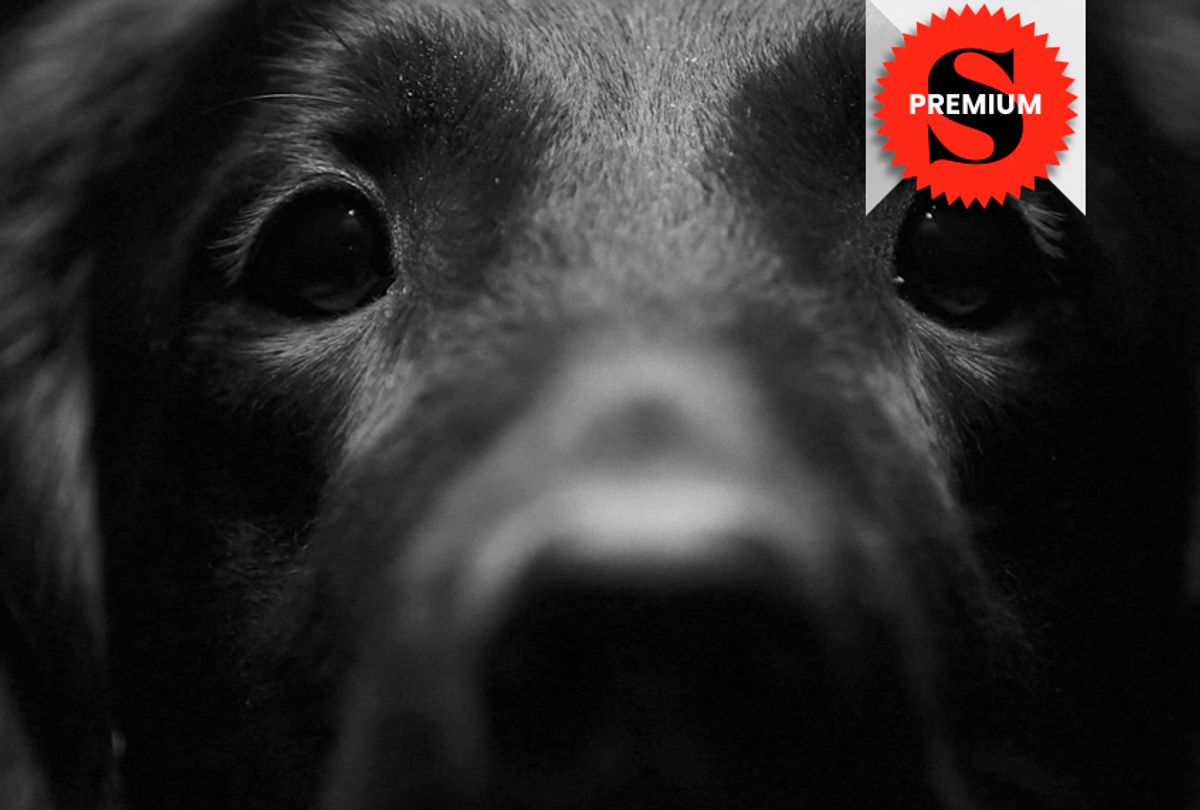 The documentary, “Bad Dog,” may not be a serious disquisition on prison reform, but it’s sure to make you look at jail in a new way. Director Sean McCoy’s film, through re-enactments, archival footage and some super, serious narration, tells the sordid tale of Pep, a dog that was convicted of murder in 1924 and sentenced to life in Philadelphia’s Eastern State Penitentiary.

You can watch the full documentary "Bad Dog"  on Salon Premium, our new ad-free, content-rich app. Here's how.

McCoy spoke with Salon about Pep, the best time of day to film his canine star and the dogged line between fact and fiction.

How did you come to the story of Pep?

A friend of mine visited Eastern State Penitentiary, which is now a museum open to the public, and while browsing through her photos, I happened upon the mugshot of Pep the Canine Convict and I was instantly smitten. I then did some preliminary research and realized how inherently cinematic the story of Pep was.

Were you influenced by any other films or books in the construction of your narrative?

The stark black and white gangster films of the '20s — which is also the time frame of our story — were a huge inspiration. I wanted to capture that same style in our reenactment scenes. The classics "Brute Force," "A Man Escaped" and "The Third Man" immediately come to mind. However, those films were more of an aesthetic influence rather than narrative. "Bad Dog" was essentially my version of a gritty prison film, but it was also an opportunity to not take myself, or the true crime genre, too seriously.

Was W.C. Fields right that one should never work with animals?

When we were in pre-production after an exhaustive search, we finally found Lyric, a show dog with little on-camera experience but who could understand basic direction. Lyric and her trainers/family were absolutely fantastic and surprisingly easy to work with. The filming experience was honestly more of a struggle for my DP, as we quickly discovered early in the process that black animals are rarely used for film shoots because they’re so difficult to photograph.

There were other minor challenges, most of which we were aware of prior to shooting. For example: it was difficult to control Lyric’s pace, but we planned to work around a dog’s natural energy levels by filming active scenes in the morning and calmer scenes in the evening. Another example: there's apparently no command for a dog to close his/her eyes, and they only do so when ready to nap, so a scene where Pep lies down for bed had to be slightly reworked.

What's your take on the gray area between fiction and non-fiction filmmaking? Is that where you like to work?

I really thrive in that gray area and love experimenting with genre tropes and expectations. I’ve always responded to films that make me question the idea of categorization. "Bad Dog" primarily played in documentary showcases, and the first question I would always get from audiences was, “Is that true?” We play with the myth behind Pep’s incarceration but clearly tackle the true story as well. I love the fact that the story is so unusual and farfetched that viewers still questioned whether the story was true or not, even after seeing the film.

What was your experience at the Nantucket Film Festival like?

Nantucket was my first ever festival experience as a filmmaker, and it was absolutely incredible. We played in a documentary program, and most of the other films featured very serious and somber topics; in fact, some people were still crying from the previous film when "Bad Dog" began. Audiences quickly recovered and it was ultimately well received. We intentionally created a bleak presentation, and the narration feels very authoritative, but the tone bends toward the absurd, so it often takes audiences a little time to adjust and register the comedic elements.

I have a short film that’s currently playing the festival circuit. It’s stylistically similar to "Bad Dog," blending archival and original shot footage. It’s a sports documentary/horror hybrid called "The Beaning," which is about the sinister theory surrounding the death of Cleveland baseball player Ray Chapman in 1920 and the subsequent rise of the Yankee dynasty. I’m now in preparation for another short film about the late R&B legend Johnny Ace, which will be the third part in what I’ve been calling the “Misguided Truth Trilogy.”

Have a chuckle and a good think through history with “Bad Dog,”  streaming on Salon Premium, our new ad-free, content-rich app.