The Trump takeover of the courts 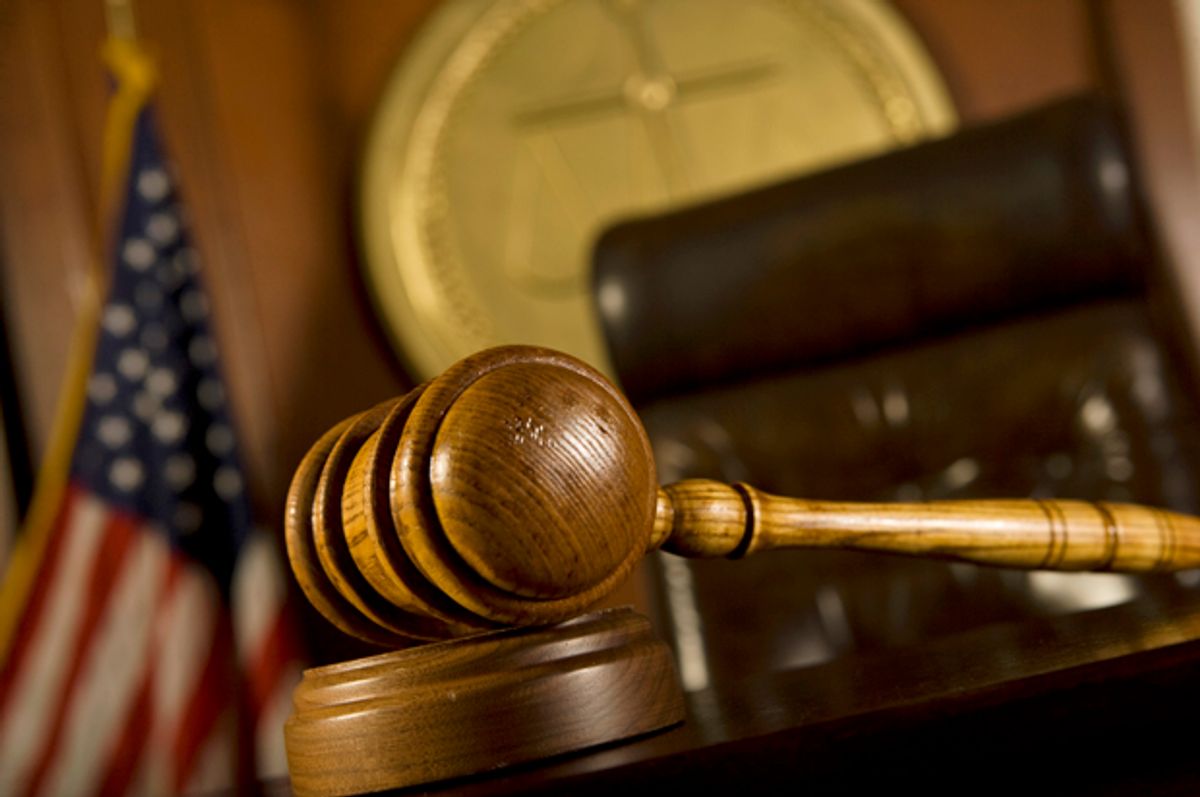 Trump’s most lasting legacy might be his impact on the federal court system. It must be stopped.

Quite apart from the Supreme Court, Trump is already having a dramatic effect on the lower federal courts.

Even though much of his legislative agenda has stalled in Congress, Trump is nominating and getting Senate confirmation of judges to the federal bench much faster than previous presidents.

Many of Trump’s picks for these lifetime positions are extremists with little judicial experience. For example, Thomas Farr, his nominee for a North Carolina judgeship has ties to a group that has promoted white supremacist policies and eugenics.

Other Trump picks have openly spread conspiracy theories, defended lethal injection, and one even called a sitting Supreme Court justice a “prostitute.”

Fortunately, not all of them have been confirmed. But by the end of his first term Trump could end up filling over 20 percent of the judges in the federal courts.

And even if he’s removed from office, these judges will be around long after he’s gone. Trump has identified young candidates who could serve for decades.

Meanwhile, Mitch McConnell is greasing the wheels in the Senate to speed up the confirmation process.

Traditionally either senator from a judicial nominee’s home-state was allowed to block a nomination. But McConnell has done away with this rule, even though he did everything he possibly could to block President Obama’s nominees, including his pick for the Supreme Court.

This takeover of the federal bench is another assault on our democracy. The power of the courts is being placed in the hands of people who share Trump’s ideology.