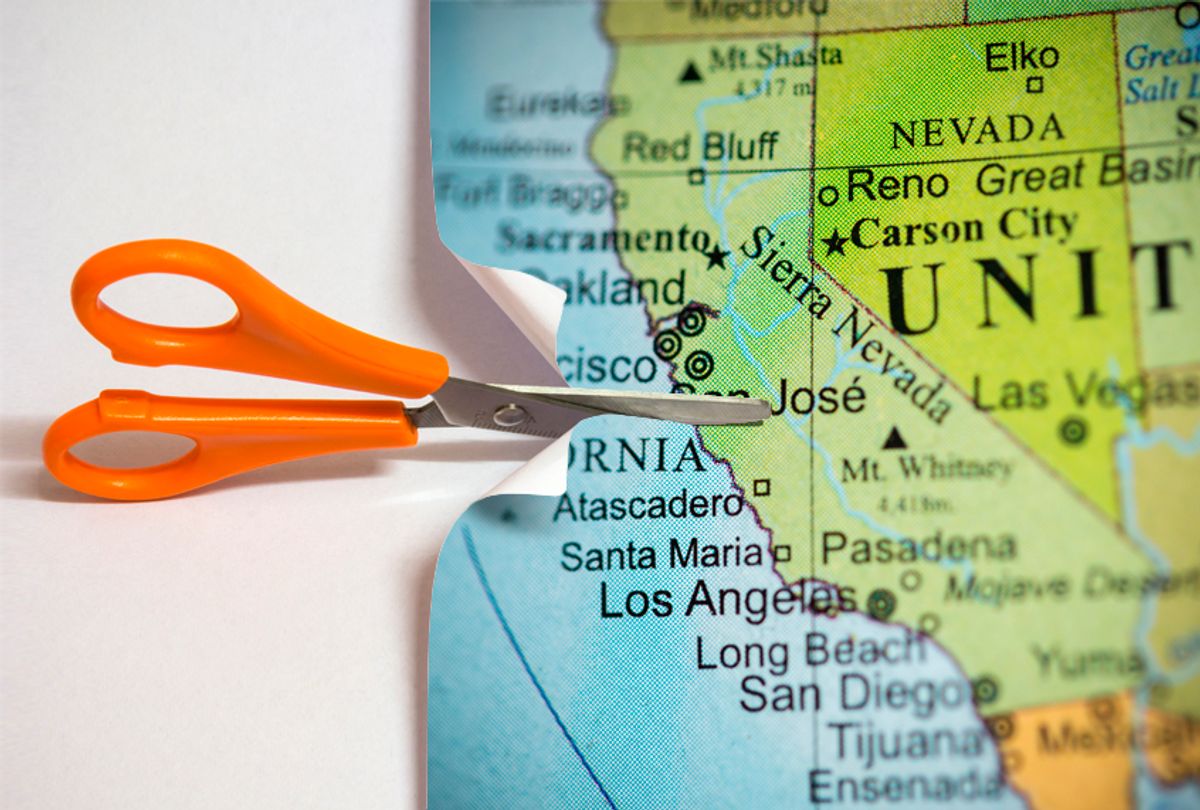 Silicon Valley venture capitalist Tim Draper’s radical plan to split California into three separate states has qualified for the November 2018 ballot. His initiative represents a common practice in California where wealthy citizens fund their pet projects all the way to the ballot.

Meanwhile, proposed initiatives that might protect civil liberties, increase public safety or simply be popular with Californians can fail to gain traction without the millions of dollars needed to gather the hundreds of thousands of voter signatures required to qualify for the ballot.

Draper, a Menlo Park-based venture capitalist, provided the funding to collect the signatures needed for his plan to split California into three new states: Northern California, California (the coastal region north and south of Los Angeles) and Southern California, roughly the southeastern one-third of the current state.

“It’s a waste of effort and money to even consider the issue,” said Dave Owen, a professor at the UC Hastings College of the Law in San Francisco. “The state is far better off working within its existing boundaries than taking on the challenge of creating new ones.”

In 2014, Draper spent almost $5 million of his own money on a failed initiative that would have divided the state into sixths. It’s not yet clear how much money Draper spent getting this new initiative, known as "Cal 3," on the ballot.

Wealthy Californians who have funded ballot initiatives in the past include action-movie star and former governor Arnold Schwarzenegger, as well as serial initiative sponsors such as Tom Steyer, the billionaire hedge fund manager turned environmentalist (and impeachment advocate) and Charles Munger Jr., a Stanford physicist and son of a billionaire Berkshire Hathaway executive.

For Masheika E. Allen, founder of the American Policing Project, the experience of trying to get an initiative before California voters this year was quite different from what Draper and other ultra-wealthy people experience.

Allen, who has two law degrees and has served as a special adviser for the American Bar Association’s Coalition on Racial and Ethnic Justice, drafted an initiative to deal with law enforcement officers accused of serious crimes. It would amend the California constitution to require officers being prosecuted for the use of lethal or near-lethal force be held to the same legal standards as all other citizens in order to prevail on self-defense claims.

Her initiative also aimed to require that “criminal trials of law-enforcement officers be by jury for charges related to abuse of power or authority, unlawful or excessive force under color of law, or violent felonies.”

Allen's initiative would have required 585,407 signatures to get on the ballot. A campaign to collecting those signatures would have cost at least $2 million, according to estimates obtained by Allen.

At that point, Allen and the American Policing Project decided instead to support a proposed state law, Assembly Bill 931, which Allen says addresses a lot of her concerns. Still, she says the legislation doesn’t address the part of her initiative that would require that officers be tried before a jury.

Cal 3 campaign spokeswoman Peggy Grande, a Republican who worked as Ronald Reagan's executive assistant after he left the White House and also wrote a book about him, "The President Will See You Now," discussed the motivations and goals of the ballot initiative with Salon.​

Grande acknowledges that the Cal-3 plan may at first sound “extreme,” but insists that Californians want government to work for them and not against them. “Micro-corrections are not going to change the future of California,” Grande said.

California is currently “too big to govern, too big to function,” she said. “If you break up California, all of a sudden we become electorally relevant,” Grande continued, explaining that neither political party spends much time listening to California voters because they assume Californians will vote Democratic. (The proposed division would create two overwhelmingly Democratic states -- California and Northern California -- but the new, inland state of Southern California would be more conservative.)

“We’re a Democratic assumption. Neither party is listening to Californians,” Grande said. “They don’t have to.”

Owen, the Hastings law professor, described Cal 3 as “effectively a non-binding referendum” that, if passed by voters, would require additional steps from both the state legislature and the federal government.

Article IV, Section 3, of the U.S. Constitution states that "no new State shall be formed or erected within the Jurisdiction of any other State ... without the Consent of the Legislatures of the States concerned as well as of the Congress."  Such legislative approval in both Sacramento and Washington seems exceedingly unlikely for a wide range of reasons. Owen said that if a Cal 3 split ever occurred, it would be a "colossal mess," especially when it came time to divide up water resources.

As Masheika Allen's experience makes clear, many ballot initiative proposals that might become popular with California voters simply lack the financial backing to gather hundreds of thousands of signatures and never manage to come before the voters.

There have been proposals to allow California voters to electronically sign ballot measure petitions in order to eliminate the need for signature canvassers who go through neighborhoods or hang out in shopping malls. Ironically, an initiative to allow that, the California Electronic Signature Gathering Initiative, recently failed to make it onto the California ballot.

Other ballot initiatives that didn’t qualify for the November 2018 ballot include one creating a new online campus for the University of California, another eliminating restrictions on voting by felons who are in prison or on parole, one expanding liability for consumer data breaches, and another decriminalizing the use or possession of psilocybin, the psychoactive chemical in hallucinogenic mushrooms.

Hannah Albarazi is a freelance journalist. She covers business, finance and law. Follow her at @hannahalbarazi.