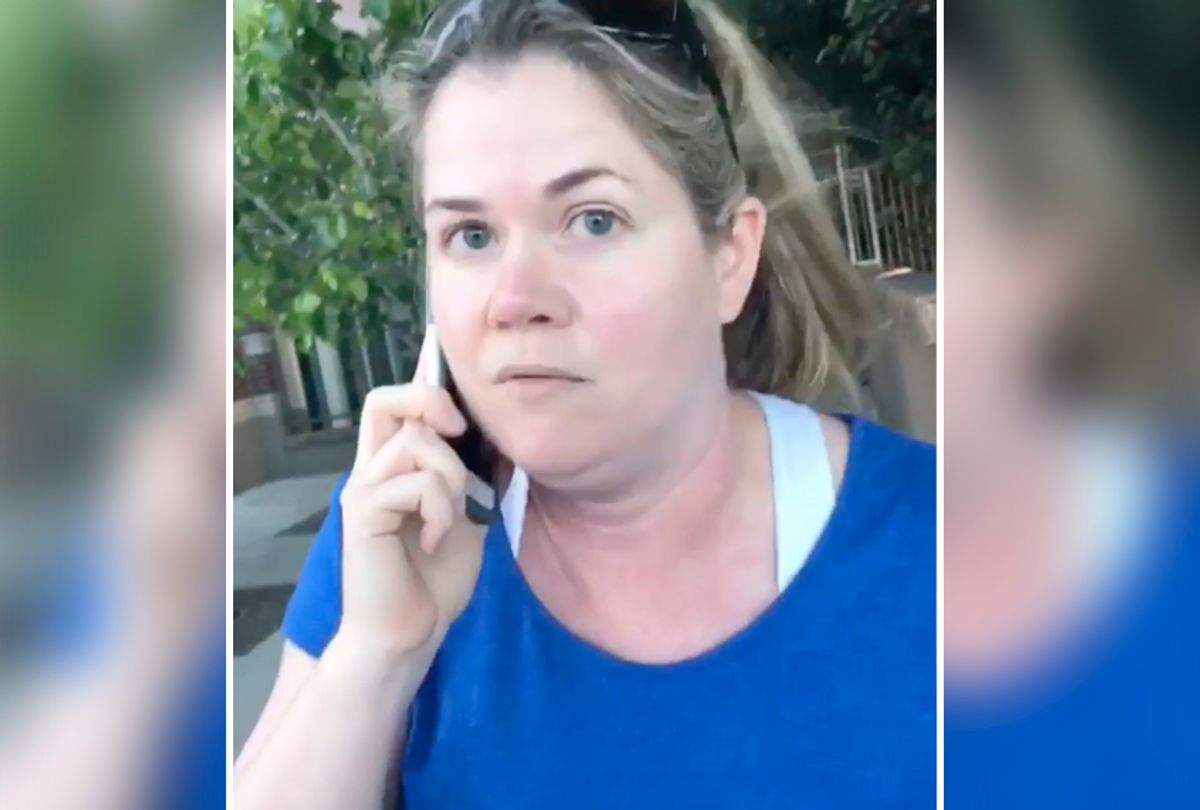 A story about a white woman who called the police on an 8-year-old black girl for “illegally selling water without a permit” in San Francisco, California quickly went viral over the weekend — costing the woman, an entrepreneur herself, to lose several business relationships by Monday.

After the young girl’s mother, Erin Austin, posted a video of the incident on Instagram on Saturday, the video garnered over 1.2 million views as of Monday afternoon.

In the short video clip, the mother explained in the background that the woman, whose name is Alison Ettel, called the police because eight-year-old Jordan Austin was selling water “illegally.” The tension is clearly depicted in just a few seconds.

“Um, illegally selling water without a permit,” Ettel says, in contempt, to the camera, as she is supposedly on the phone with the police.

“On my property,” Jordan’s mom exclaimed.

“It’s not your property,” Ettel responded.

It is another installment in a series of stories that have emerged in the last couple months about white people calling the police on people of color for no legitimate reason, bringing to light America’s pervasive problem with racism.

Ettel has since said she was only “pretending” to call the police, according to an interview with Huffington Post. (Jordan's mom said on Instagram that she was not contacted for comment or permission to use her child’s photograph):

According to Ettel, via the interview, she called the police because of noise, not race.

“Ettel said she had the windows of her office open. When asked why she did not close the windows, she said because it was too hot and closing them would not have stopped the noise.

After confronting the girl and her mother, Ettel said she was only bluffing when she said she was going to call the cops. The San Francisco Police Department did not respond to a message from HuffPost.

“I had been putting up with this for hours, and I just snapped,” Ettel said.

She vehemently denies the issue had to do with race.

“I have no problem with enterprising young women. I want to support that little girl. It was all the mother and just about being quiet,” she said.”

It is ironic, though, that Ettel, an entrepreneur herself, would call the police on a budding one—in a city that highly favors entrepreneurship. According to The New York Times, Ettel is the founder of a medical marijuana company named Treatwell.

Since the #PermitPatty story has gone viral, some marijuana-related businesses have reportedly stopped conducting business with Ettel.

As of today, Magnolia will no longer be carrying Treatwell Tinctures. After seeing this video of their CEO, calling the police on an 8-year-old entrepreneur selling water on a hot day, we decided without hesitation that we could no longer patronize her company. To our amazing patients who use the Treatwell products, please know we are working to ensure we can bring on some new amazing and ethical brands. Treatwell was one of our best-selling products but to us, integrity is always before profits. For our remaining inventory, we are doing blow-out deals and donating all proceeds to a local non-profit. We would love to donate to an organization that provides opportunities to young women of color interested in becoming entrepreneurs. If you have any suggestions on non-profits for us to donate to or licensed and compliant tincture companies, please tag them below. #cannabiscommunity #integrityovereverything #magnoliaoakland

As a result of the news, Inc. published a piece based on a 2016 interview with Ettel, which paints her as an invalid entrepreneur":

Ettel also made several sweeping claims about how well her business was doing, and about how "doctors and nurses are sending us patients . . . and now I'm starting to educate some of those doctors and nurses," although she had no medical training.

It is not clear if Ettel has apologized to Jordan and her mother yet. In an interview with NBC's “Today” on Monday, she said that she wanted to and that she has received a lot of threats. Jordan’s cousin on Twitter condemned the threats but alluded that there has not been an apology made yet. In the meantime, the young entrepreneur has received tickets to Disneyland from musician Jonathan Brannon who heard about the news. Her cousin posted a video of Jordan screaming in excitement from the news.

This man @BrannonMusic bought my little cousin 4 tickets to Disneyland.. we are so grateful ❤️

One can only hope that Jordan continues to follow her entrepreneurial instincts.