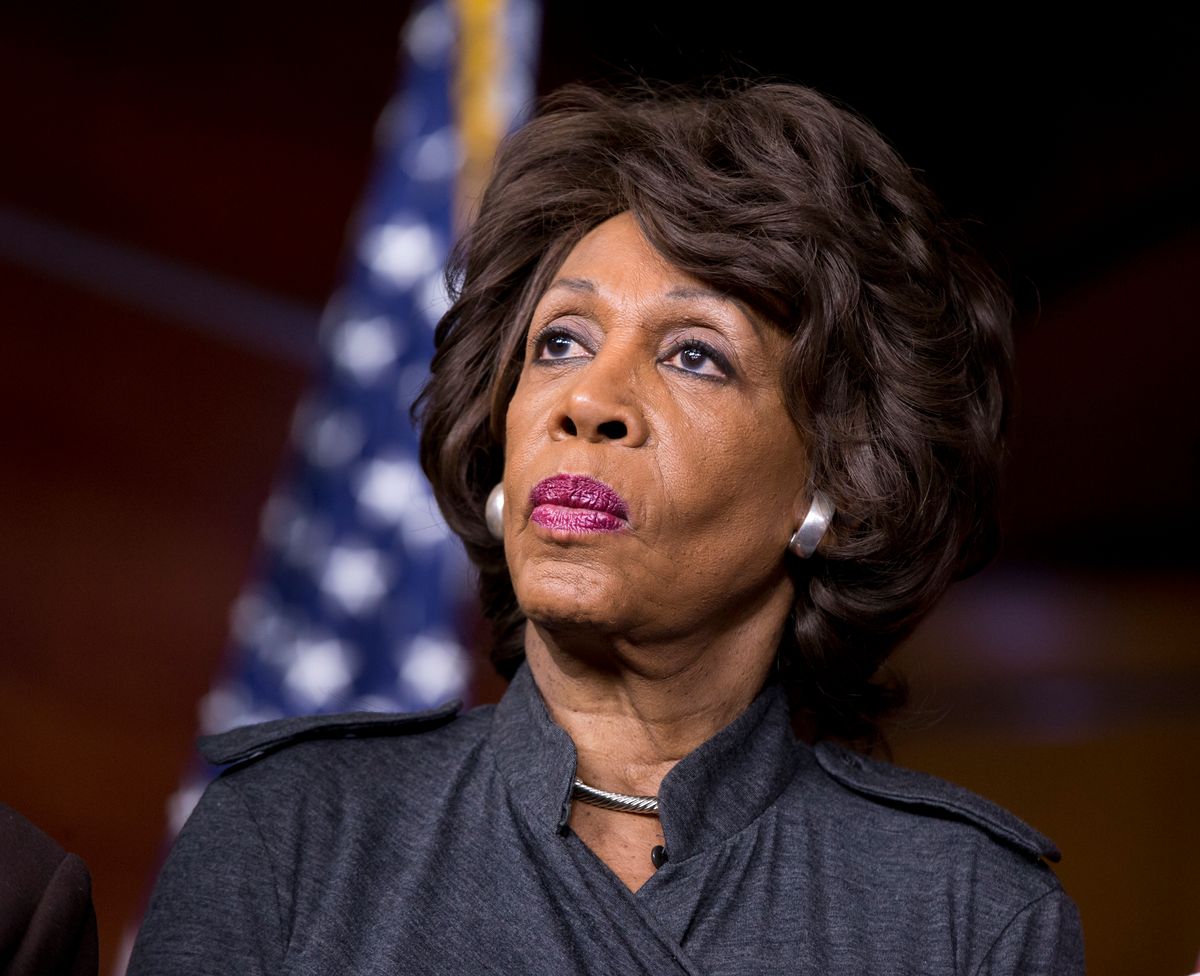 FILE - In this Feb. 28, 2013 file photo, Rep. Maxine Waters, D-Calif., listens during a news conference on Capitol in Washington. Waters has served in Congress for a quarter-century. Now she’s turned into the passionate voice of resistance against the Trump administration. (AP Photo/J. Scott Applewhite, File) (AP)
--

“Congresswoman Maxine Waters, an extraordinarily low IQ person, has become, together with Nancy Pelosi, the Face of the Democrat Party,” Trump tweeted. “She has just called for harm to supporters, of which there are many, of the Make America Great Again movement. Be careful what you wish for Max!”

On Wednesday morning, the president started his day with more insults against Waters, who was mentioned at least four times in an hour on “Fox & Friends.”

“Congratulations to Maxine Waters, whose crazy rants have made her, together with Nancy Pelosi, the unhinged FACE of the Democrat Party,” Trump tweeted. “Together, they will Make America Weak Again! But have no fear, America is now stronger than ever before, and I’m not going anywhere!”