Donald Trump and the media: The problem isn't too much coverage — it's how this president is covered

Michelle Wolf bashes media for too much Trump. But covering this presidency is critical; the question is how 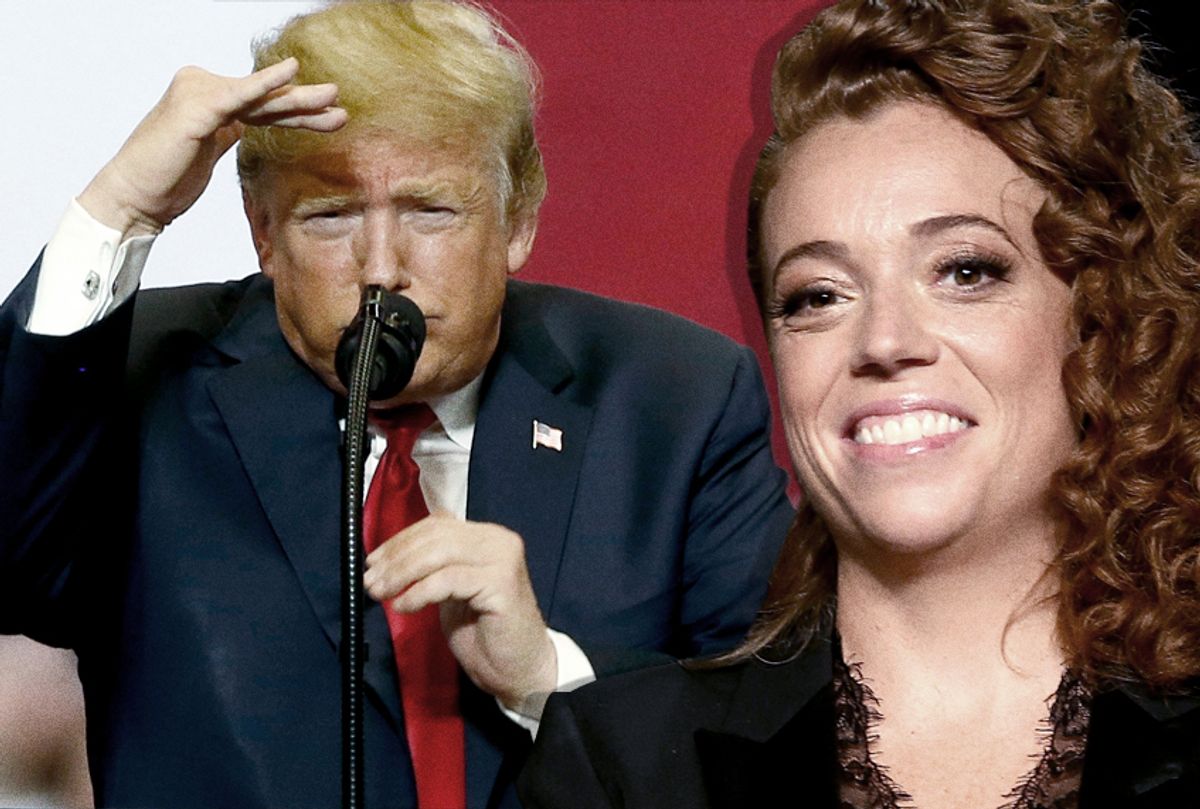 Last week on Michele Wolf’s new Netflix show, “The Break,” she decided to lay into the news media -- yet again -- for its obsessive coverage of Donald Trump. Focusing on the ways that members of Trump’s administration are invited onto cable news shows and allowed to spout their BS, Wolf marveled at the premeditated way these interactions are staged.

“Imagine if these shows just reported the news,” Wolf continued. “They would not need any of these guests at all. All they would have to say is: Immigrants’ kids have been ripped from their parents due to Trump’s policies. End of news.”

Wolf has a point. The news media has been obsessed with Trump since he launched his presidential campaign three years ago. Even worse, there's a disturbing sense that with each breaking story of disaster and destruction the news media gets a little overly excited.

But is the problem really too much coverage of Trump -- or is it more about how he’s covered?

Wolf’s rant built on her performance at the White House Correspondents’ Dinner, where she went after the TV news in a similar fashion: “You guys are obsessed with Trump. Did you used to date him? Because you pretend like you hate him, but I think you love him.”

For what it’s worth, Stephen Colbert made a similar point on the first episode of “The Late Show” where he likened coverage of then-candidate Trump to binging on Oreos. Colbert made the point that the media — which he defined as also including comedians like himself -- couldn’t seem to resist the guilty pleasure of Trump coverage. "Someone on TV should have a modicum of dignity, and it could be me," Colbert said, repeatedly going back for "just one more" Oreo-Trump joke until the bag of cookies was emptied on his face.

It might seem that comedians like Colbert and Wolf are suggesting that we should just ignore Trump, but that’s not the takeaway here. Instead, the real insight is that not all Trump coverage is the same – some coverage lets him establish the terms and set the tone, while some offers the public much-needed information and valuable opportunities to understand what his administration is doing to our country.

The point is that what Trump and his minions do really is news, at least much of the time. We need to know it. So how can we keep up with the necessary flow of information, analysis and commentary without allowing the news to become more and more like reality TV?

From the moment Trump announced his candidacy the news media has not been able to take its eyes off of him, giving him far more coverage than other GOP primary candidates. The Shorenstein Center at Harvard found that coverage of Trump during the 2016 primaries was noteworthy because it consistently outmatched his standing in the polls and his ability to raise money for his campaign. Their data shows that Trump received a full one-third of all news coverage during the primary and nearly twice that of the next most heavily covered Republican candidate, Jeb Bush. He received two and a half times the news attention afforded Marco Rubio, Ben Carson or Ted Cruz.

Looking at Trump’s first 100 days in office, the Shorenstein Center was further able to show that even though TV news has tended to cover the White House more than Congress since the 1960s, coverage of Trump set new standards. He was the topic of 41 percent of all TV news stories –three times the usual amount – and more importantly, he was the featured speaker in 65 percent of the stories about him.

It isn’t the sheer amount of coverage that is the real issue, though. As George Lakoff explains it, the real issue is the way that much news media has allowed Trump to frame the discussion: “When you repeat Trump, you help Trump. You do this by spreading his message wide and far.”

Lakoff calls for coverage of Trump that does not allow him to narrate the frame. “The key,” he argues, “is to direct a ‘stream’ of proactive, accurate messaging at the targeted audience.” Lakoff offers these easy tips for better news coverage:

We could add additional tips culled from the insights of Wolf and other political comedians who have repeatedly called out the failings of TV news:

One of the greatest consequences of Trump coverage is the toll it takes on all of us to process reporting about his lies. When lies are repeated constantly, they are even harder to cognitively discard. Even more important, when lies are used as hooks in headlines, even if they are refuted later in the article, it is hard to forget them. So, the key is to bury the lie, and make the lede the fact that Trump or his spokespeople are lying.

Another news coverage problem in the Trump era is the outrage and hysteria that governs the tone of so many stories. Yet in truth it would be a mistake to cover Trump dispassionately, as Wolf seemed to suggest in her bit last week. “TV news used to be so lame,” she said. “It used to be just Walter Cronkite saying boring things like ‘The president has been shot.’”

News isn’t going back to that sort of dry coverage any time soon, if ever. It’s not clear that it should. But within the mix of riling up an audience there is a huge distinction between the angry ranting of Alex Jones and the sassy snark of Rachel Maddow. Besides the amount of on-air spitting each one does, the real difference is the degree to which their passionate coverage of a story also involves critical thinking, factual accuracy, clear logic and rational arguments.

This last point, of course, reminds of why it is the satirists and comedians who often get at Trump coverage better than straight news. As Seth Meyers explained to Van Jones, satire goes after hypocrisy. It isn’t obsessed with Trump; it is obsessed with Trump’s hypocrisy.

While we could criticize Michelle Wolf building an audience for her own media enterprise by bashing the media’s obsession with Trump, ultimately that misses the point. It isn’t the endless media coverage of Trump that's the big problem, but how it is executed.

Obama insider: Fox News is even worse under Trump