"Eyes of Exodus": Humanizing the Syrian refugee crisis through one Greek island's dynamic 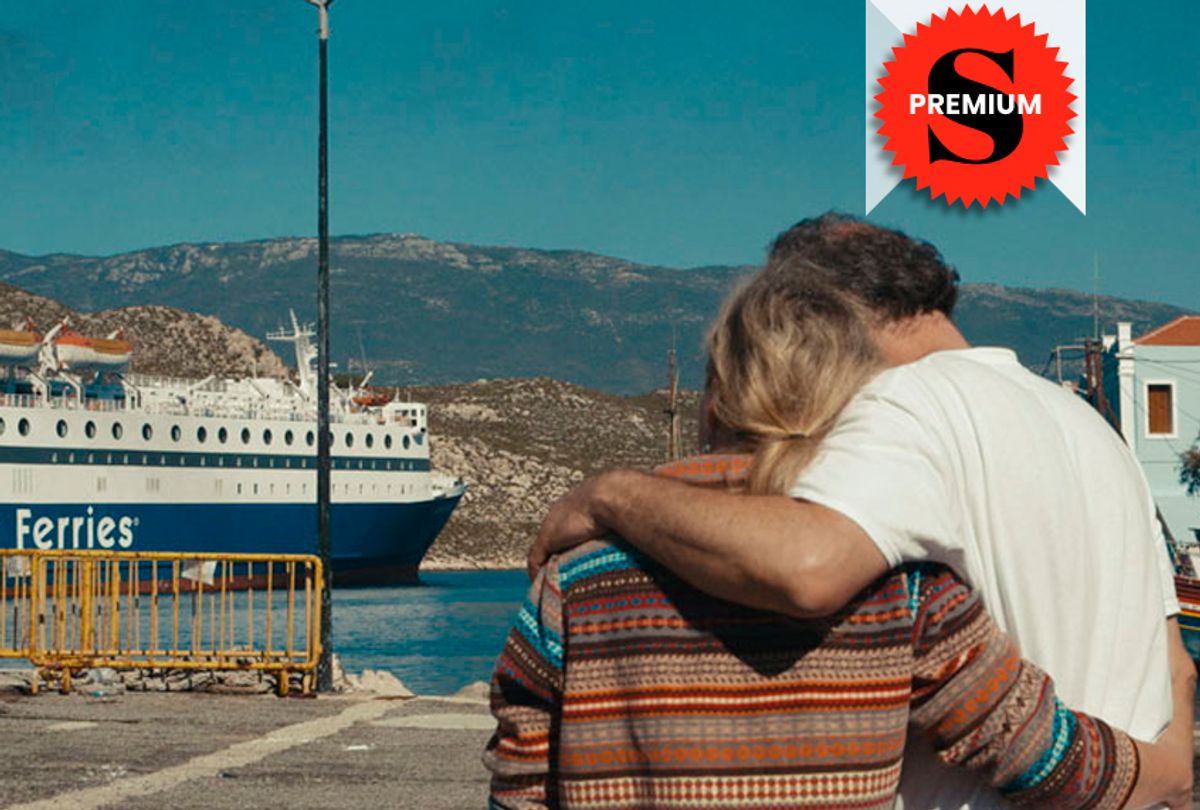 There have been a number of documentaries about the refugee crisis that has sent thousands of Syrians to seek refuge in Europe, often coming to the shores in Greece, but “Eyes of Exodus” is unusually intimate, no doubt because it is directed by Alexandra Liveris, whose grandfather was born on the island, Kastellorizo, which is as much a character in her film as the immigrants who pass through it.

Salon spoke with Liveris about how she developed her personal approach to such a critical, global problem.

How did you zero in on making the island the subject of the film?

I started filming “Eyes of Exodus” while visiting Kastellorizo for a family wedding. I was struck by the surreal dynamic of locals, vacationers, and refugees co-existing side-by-side along the picturesque harbor. When I met Monika and Damien, I understood that the crisis wasn’t a surreal image, but was very real and personal.

My intent was to make a short film that humanized both the refugee and local experience during a small but crucial part of the Syrian refugee crisis — the first stop into Europe. The isolated physical landscape of Kastellorizo and mentality of its inhabitants serve as the perfect microcosm to explore how a crisis of global magnitude affects all of our choices and destinies, refugee or not.

How many days were you there filming?

How would you describe what your film captures of the refugee crisis?

“Eyes of Exodus” reveals an intimate and complicated relationship between refugees and locals during the Syrian migrant crisis on the most remote island in Greece. One in 113 people in the world are currently refugees or internally displaced people (IDPS). There are approximately 9 million Syrians refugees and IDPS. The effects of mass migration due to war and natural disasters affect both the displaced and the host country yet; the stories we tell often place the two sides against each other instead of discovering the larger touch points of humanity and identity raised by such events.

“Eyes of Exodus” utilizes the beautiful island of Kastellorizo as a cinematic backdrop to juxtapose the difficult reality of the day-to-day life for both the island inhabitants and Syrian refugees. The island visually takes center stage as both the Greeks and Syrians weave in and around its back streets interacting with each other, discussing their newfound circumstances, and negotiating their arrangements on the island. The film intertwines a melody of Greek and Syrian vignettes—all in the service of treating the refugees and islanders neither as “insiders” nor “outsiders;” but as people who exist in this small space together at the same time.

Are there any refugees remaining today on the island?

In smaller numbers, refugees are crossing to Kastellorizo from the Turkish coast, but the EU and Turkey made a deal in 2016 that made it harder for refugees to pass through the island onwards to greater Europe.

Without revealing a spoiler, let's talk in broad strokes about the ending: had you planned to do an update 6 months after principal filmmaking or did events make you want to provide a coda?

I'm invested in the island both embodied in the ethics I bring to filmmaking and my family history (my grandfather was born on the island)—being offered the opportunity to expound on this type of intimacy with a place is both complex and a privilege. Monika and Damien graciously created a space for this dialogue on film during a very harrowing time.

What are you working on now/next?

An experimental film about what it means to be young artist in a dynamically changing Saudi Arabia.

Travel to a little Greek isle to see how, on a human level, people on both sides of the refugee crisis are being affected in "Eyes of Exodus," streaming on Salon Premium, our new ad-free, content-rich app.