Alexandria Ocasio-Cortez sends shockwaves through the Democratic Party: Will it learn the lesson?

A 28-year-old Latina socialist brings down a leading House Democrat. Does the party even perceive the problem? 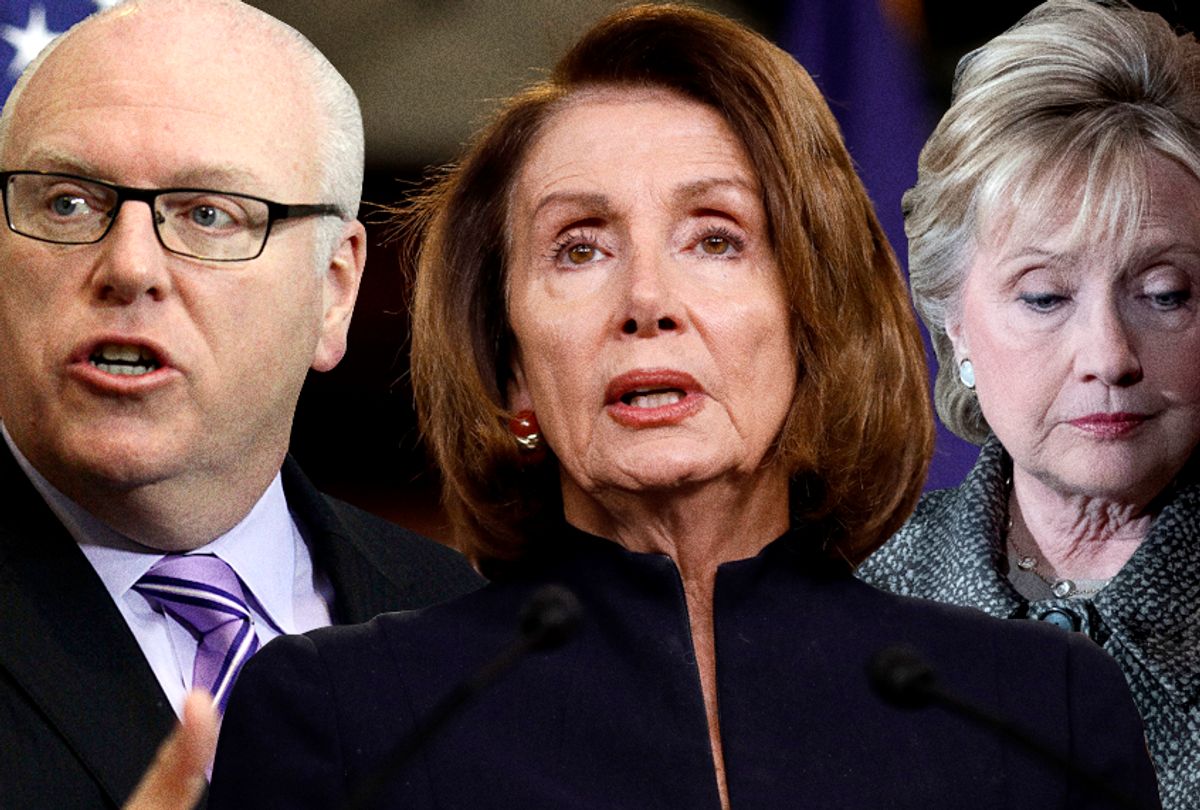 A few weeks ago I wrote an article here about what I had learned by moving to the Bronx. A decision I made for personal and self-interested reasons turned into a valuable education. My vibrant and harmonious neighborhood east of the Bronx Zoo is by far the most diverse place I’ve ever lived, and defies every possible Donald Trump-style stereotype about the effects of immigration and what life is like in the places where immigrants live.

This week the education got more serious. What I had no way of knowing, since nobody else did either, was that this oft-neglected corner of New York City — where recent arrivals from Latin America, the Caribbean, South Asia, Eastern Europe and the Middle East all live in close proximity (along with, you know, other folks) — was about to make national news. Oh sure, I knew about Alexandria Ocasio-Cortez, who was running for Congress in New York’s 14th district, which includes the eastern third of the Bronx and much of northern and central Queens, across the Whitestone Bridge.

We were on it, arguably. She had been profiled by Salon’s Charlie May earlier this year, when she was a long way from being a media superstar who got booked on “Today,” CNN’s morning show and Stephen Colbert inside 24 hours. (I believe that interview process went like this: Charlie called Ocasio-Cortez on her cell phone and she answered it.) She was young and undeniably charismatic. She had been an organizer for Bernie Sanders and embraced his signature issues: single-payer health care, free college tuition and a $15 minimum wage, along with a newer one, the abolition of ICE (an agency whose name is a dirty word around here). She grew in the heart of the Puerto Rican Bronx, a mile or so west of where I live. She joked about that during the campaign: Her Spanish might sound pretty good to someone like me, but she speaks it “like a girl from the block,” not with the fluency of someone from the island.

Ocasio-Cortez’s bilingual posters and pamphlets and postcards were everywhere, in bodegas and barbershops, nail salons and cell phone repair caves and that one little place around the corner from me that almost qualifies as a hip bar. Her campaign workers, who were young and wholesome and multiracial, with something of a “Middlebury College for Bernie” vibe, visited my building to ring doorbells at least three times. They sidewalk-chalked the entrances to the subway stations, which around here are mostly above ground, and doggedly handed out leaflets to commuters, who around here generally leave for work early and get home late.

It was an impressive effort — you know, for a fringe candidate who clearly had no shot against a member of the House Democratic leadership. Admittedly, I never saw any campaign literature of any kind for Rep. Joe Crowley, the 10-term incumbent she was running against. I didn’t think about it that much. Like a lot of other people, I assumed that meant Crowley had the whole thing wired and didn’t need to worry about his upstart opponent, who might get 35 percent and call it a moral victory.

As the political world learned this week, that was an enormous miscalculation. Whatever Crowley and the leadership of the New York Democratic Party believed was happening on the ground in the 14th district, they were completely wrong. As the intense irritation and tangible condescension displayed by Nancy Pelosi and the entire House Democratic leadership in the wake of Ocasio-Cortez’s primary victory makes clear, the big question now is what the hell this all means.

OK, let's not brush past the dish: Pelosi described Ocasio-Cortez as "lovely" during her terse next-day press conference. How would that one have gone down if the Democratic House leader were a man? For her part, Ocasio-Cortez has not promised to support Pelosi for the speakership in 2019.

The first and fairest thing to say is that all the people who didn’t think Ocasio-Cortez was going to win (myself included) cannot be relied on to explain it. But we can say this, at least: The near-certain election of a 28-year-old Latina socialist to Congress is by far the biggest blow struck to date against the Democratic establishment by what we might call the post-Bernie progressive faction. (Yes, Ocasio-Cortez must face a Republican opponent in the fall. His name is Anthony Pappas and he is an economics professor at St. John’s University in Queens. His campaign has reported zero dollars in donations to this point.)

But was this a one-off fluke, the result of a low-turnout election in a fragmented district? (And of a woman running against a man, an especially potent phenomenon in 2018?) Or was it a sign of things to come, evidence that with or without a 2018 blue wave, the Democratic Party cannot escape its existential crisis? As is so often true with binary questions in politics, both things are true.

The downfall of Joe Crowley, who was positioned for the No. 2 or No. 3 post in Congress, assuming that Democrats retake the majority next year -- he had even been whispered about as a possible speaker, in place of the increasingly problematic Pelosi -- was an overdetermined event. It wasn’t caused by any single factor but was influenced by many.

Most commentators have seized on the obvious symbolism of demographic and generational change, and that certainly played a role. In fact, Crowley isn’t old as House members go, and is a wee lad by the geriatric standards of leading House Democrats: At 56, he's a full generation younger than Pelosi, Jim Clyburn or Steny Hoyer, the party's other congressional bigwigs. But he undeniably represents a vanished era in New York politics. When he was first elected in 1998, the city’s outer boroughs were still largely populated by people who looked like him, and like me. (Crowley and I are both the children of Irish immigrants.) Today, the 14th district is almost half Latino, and only about 20 percent white.

But Ocasio-Cortez has repeatedly and specifically rejected the “demographics as destiny” interpretation of her victory, telling the New York Times that was “to absolutely miss the entire point of what we just accomplished.”

Preliminary evidence suggests that she’s right. While Ocasio-Cortez won every part of the district, she piled up her biggest vote totals in Queens neighborhoods like Astoria and Sunnyside — which are the whitest areas of the 14th, with substantial concentrations of youngish, creative-class Manhattan commuter types. Here’s another way of saying that: If she got Latino voters excited because she looked like them and spoke their language, she got Bernie Sanders voters excited for exactly the same reason.

So demographics played a role, but not just in the most obvious racial or ethnic sense. Ideology played an important role too, and that part’s a bit more difficult to tease out. It simply isn’t the case that Democratic voters in district after district are flocking to the banner of Bernie-style democratic socialism. In most of the Republican-held districts across the country that Democrats hope to claim this fall, primary voters have settled on the “pragmatic” candidate who came with piles of money and institutional support and seemed likeliest to win the seat.

But the specific dynamics of the race in New York's 14th contain a lesson that Democrats can’t afford to ignore. In a one-on-one race in a safe seat (meaning no disrespect to the aforementioned Prof. Pappas), between an insurgent candidate who embraces big, bold policy changes and an institutional Democrat who is deliberately vague about all such things, the change candidate won in a district-wide wipeout. There’s no way to back up the clock and run a controlled experiment, but I don’t think it’s true that any young and energetic Latina candidate with an appealing life story could have beaten a 10-term congressman who also leads the once-formidable Queens County Democratic machine. It had to be someone with something to say.

It’s worth pointing out here that Joe Crowley wasn’t really the problem, which is a big reason why many mainline Democrats feel injured and confused about what happened this week. He’s a decent and honorable guy, and I definitely don’t say that about every Irish-American in politics. He has a perfect record of supporting reproductive rights, and a near-perfect record on environmental issues. He has endorsed raising taxes on the rich to pay for community college for the poor, and signed onto Bernie Sanders’ “Medicare for all” bill last year. He’s nowhere near being a proto-Trump Democrat, an NRA Democrat or a Wall Street Democrat.

But you could say exactly the same thing, in a larger and more consequential context, about Hillary Clinton in the 2016 presidential election. After all, she ran on what many observers saw as the most progressive platform in the Democratic Party’s recent history. But how many actual voters perceived it that way, or understood Clinton as a forceful advocate for any kind of big, clear or dramatic changes?

Like Crowley, she was the wrong person in the wrong place at the wrong time. Both of them symbolized the predicament of a political party that has spent 30 years or more running away from big ideas and refusing to clarify what it stood for or whom it represented. That’s not a superficial issue or a semantic issue — it’s a question of core ideology and central principles. Maybe Democrats can win this fall, or even beat Donald Trump in 2020, without solving that problem. It probably can’t be fixed that quickly anyway. But if they cannot convey a mission, a vision and a sense of larger purpose, then the doom that befell Joe Crowley waits for them all.

Why being anti-Trump is not enough